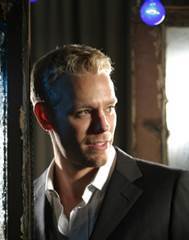 Broadway superstar, and Tony Award nominee Adam Pascal for one week only will play Edward Lewis from Tuesday, January 15, through Sunday, January 20, 2019, during Andy Karl’s time off.

“Bryan Adams and Jim Vallance have written a premiere romantic rock score for Pretty Woman: The Musical, and we are ecstatic to have one of Broadway’s foremost rockers, Adam Pascal, step in for Andy Karlduring his vacation,” said producer Paula Wagner.

“I always love a reason to come back to Broadway, so singing this score opposite Samantha Barks, in this sexy, romantic musical for eight performances was a no-brainer,” said Adam Pascal.

Pretty Woman: The Musical, the season’s biggest smash-hit, record-breaking musical, is playing to sold-out audiences at Broadway’s Nederlander Theatre (208 West 41st Street), where it has shattered the box office record four times, and has been playing since July 20, 2018. With original music and lyrics by Grammy Award winner Bryan Adams and Jim Vallance, a book by Garry Marshall and the film’s screenwriter J.F.Lawton, and direction and choreography by two-time Tony Award winner Jerry Mitchell, Pretty Woman: The Musical plays at Broadway’s Nederlander Theatre (208 West 41st Street).

Tony Award nominee Adam Pascal started singing in various rock bands when he was 12, playing the local New York club scene for many years, and has been singing in bands, as a solo artist, in movies, or on the Broadway stage ever since. In 1996, Adam tried out for the then unknown, off-Broadway production of Rent. He landed the role of Roger Davis. Adam was nominated for a 1996 Tony Award as Best Actor (Musical) and won a Drama League and Obie award for his performance as Roger. The show went on to become a worldwide success and one of the longest running shows in Broadway history. In 1997 He reprised the role of Roger (the first of several times he would do so) for the West End Premiere of Rent. In 1998, Adam’s career expanded to the big screen in the independent film SLC Punk! In 2000, Adam was cast as Radames in Elton John and Tim Rice’s new Broadway musical Aida, for which he received a Drama League award. In May of 2000, his debut solo album, Model Prisoner, was released. Also in 2000, Adam co-produced the hit off-Broadway play Fully Committedwith fellow former Rent cast member, Jesse L. Martin. The show went on to garner many awards and played to sold out houses in New York City, Chicago, San Francisco and London. In October 2003, Adam once again visited the Broadway stage, this time, asked to be the final Emcee in the Sam Mendes/Rob Marshall production of Cabaret at Studio 54, as part of the closing cast. Also during that time, Adam starred alongside Jack Black, as Theo, the lead singer of “No Vacancy” in 2003’s School of Rock. In 2004, Adam’s second CD, Civilian, was released in November, again on Sh-k-boom records. In 2005, Adam reprised the role of Roger in the movie version of Rent. Adam’s journey with Rent finally came to conclusion when in 2009, he reprised the role one last time alongside Anthony Rapp, in “Rent The Broadway Tour,” which traveled all over the U.S. as well as Japan and South Korea. In 2008, Adam played the role of Freddie Trumper in the Tim Rice/Abba musical Chess, alongside Josh Groban, and Idina Menzel for two sold out performances at The Royal Albert Hall, in London. The DVD is currently on sale worldwide. In 2010/11 Adam starred as Huey Calhoun in Broadway’s Tony Award winning musical Memphis and in 2013 Adam starred as Billy Flynn in Broadway’s long running hit Chicago. In 2015 Adam starred as Chad in Broadway’s Disaster. Finally, Adam starred as Shakespeare on Broadway and in the first national tour of the Musical Something Rotten. Adam is also the co-owner of the Gluten and allergen free packaged foods company Cybele’s free to eat.

Tickets for Pretty Woman: The Musical are now on sale on sale for performances through Sunday, September 1, 2019, at the Nederlander Theatre box office and at www.ticketmaster.com (877.250.2929).Tickets range from $79 – $179. The playing schedule for PRETTY WOMAN: THE MUSICAL is: Tuesday and Thursday at 7pm, Wednesday, Friday and Saturday at 8pm, matinees Wednesday and Saturday at 2pm andSunday at 3pm.

Samantha Barks is appearing with the support of Actors’ Equity Association.

Suzanna BowlingJune 22, 2022
Read More
Scroll for more
Tap
Joel Grey Takes Cast Photo of Fiddler on the Roof in Yiddish
Lopez’s The Inheritance: Hands Down a West End Treasure that is a Magnificent Ode to Kushner, Redgrave, and E.M. Forster’s Howards End