Catherine Bailey is Making Poetry in A Quiet Passion

Catherine Bailey is Making Poetry in A Quiet Passion 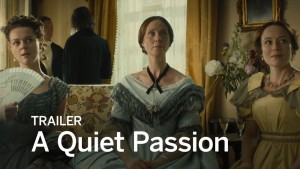 in A Quiet Passion

Catherine Bailey is a British theatre, television and film actresss who is standing out in Terence Davies film A Quiet Passion, now playing at the New York Film Festival to rave reviews. In this critically acclaimed study of American poet Emily Dickinson, starring Cynthia Nixon and Jennifer Ehle, Ms. Bailey is plays Vryling Buffam. This versatile actress has been working since she was eleven and has even started her own theatre company. 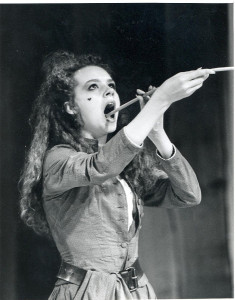 On stage she has appeared at the Royal Shakespeare Company in Spring Awakening, at 15. At the Young Vic (‘Tis Pity She’s a Whore), Tricycle Theatre (Walk Hard – Talk Loud), Hackney Empire (in Steven Berkoff’s Sit and Shiver), Theatre Royal Haymarket (The Country Wife) and the Oval House for Paines Plough (House of Agnes). She also appeared in a televised performance of A Midsummer Night’s Dream at Middle Temple Hall, featuring The Orchestra of the Age of Enlightenment. Other notable stage appearances include the roles of Annabella, Margaret and Pamela in The 39 Steps at the Criterion in London and at Shakespeare’s Globe as Portia in their production of The Merchant of Venice, as well as Portia in Dominic Dromgoole’s production of Julius Caesar. To mark the centenary of the beginning of WW1 the Globe commissioned a new play by Howard Brenton called Doctor Scroggy’s War, in which she appeared as The Honourable Penelope Wedgewood.Ms Bailey just finished performing the role of Goneril in the Royal and Derngate production of King Lear, starring Michael Pennington. 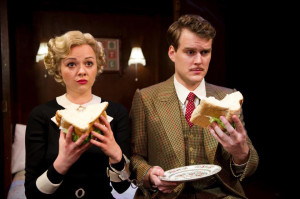 Her film and television work includes: Mr Selfridge, Midsomer Murders, The Sarah Jane Adventures, House of Anubis, Holby City, EastEnders, Peak Practice, Rosemary and Thyme, The Bill, My Family, Urban Gothic, 55 Degrees North, Egypt, The English Harem, The Wild House, Uncle Jack and Cleopatra’s Mummy and Residents. Ms. Bailey was seen in the Agatha Christie’s drama And Then There Were None, in which she played Olivia Hamilton, aired on BBC1 for 3 consecutive nights and on Lifetime Network shown this March. 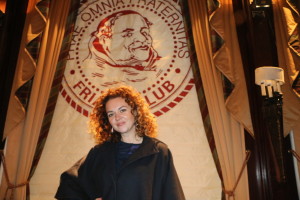 T2c sat down with this charming actress at The Friars Club for a heart to heart. 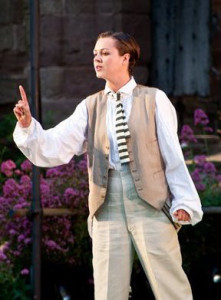 as Viola/Caesario in Twelfth Night

The video is shot by Magda Katz