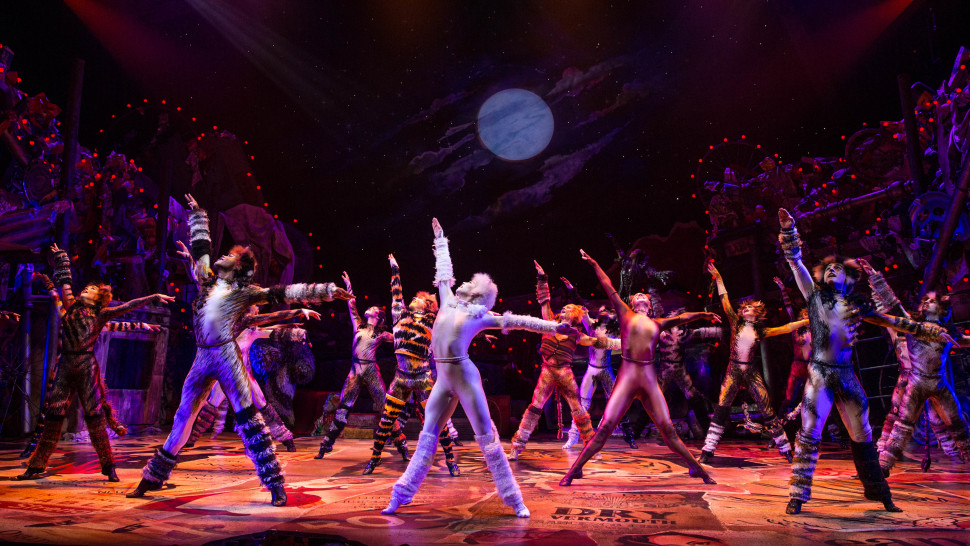 Cats Meows, Leaps, Scratches and Purrs Back To Broadway

Cats Meows, Leaps, Scratches and Purrs Back To Broadway 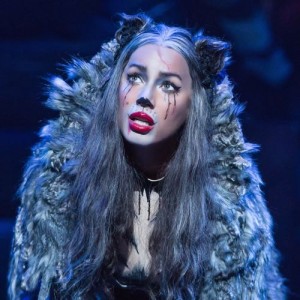 Andrew Lloyd Webber’s Cats is back on Broadway at the Neil Simon Theater, the way Cameron Mackintosh’s Les Miserables is back, a former shell of it’s original self. The cattiest part is the transportation of Leona Lewis across the pond. Looking like a chunky Cher, Ms Lewis can neither act, dance, move, nor in reality sing the hit song “Memories.” She can belt, has the five top money notes and that is about it. No wonder her record company dropped her. When her first note came sourly out, I actually verbally gasped and had to put my hand over my mouth. It was that bad. Tyler Hanes, as Rum Tum Tugger is a Terrance Mann wanna be, without the testosterone, singing under the beat. Macavity (Daniel Gammon), looks like an escaped Scar from The Lion King. 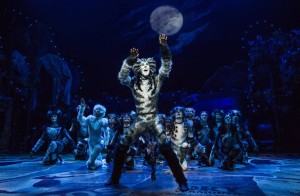 On the plus note Ricky Ubeda shines and is completely magical as Mister Mistoffelees. Eloise Kropp taps her heart out, as a jazzy Jennyanydots. Quentin Earl Darrington fills the house with his wonderful voice and gives strength to Old Deuteronomy. Georgina Pazcoguin is all grace as the white kitten, Victoria.  Christopher Gurr has been given two moments in the show and makes the most out of them as Bustopher Jones and Asparagus the Theater Cat. His costume for Bustopher Jones is delightful. Jeremy Davis also delights as Skimbleshanks the Railway Cat and making the most out of Mungojerrie, Jess LeProntto not only illuminates the stage on his song but in other numbers always standing out and going that extra mile.

The set by John Napier’s looks a little day glow and for those of us who have seen this show before, pales in our memories to the original. Natasha Katz’s lighting is spectacular adding magic, mystery and otherworldliness to the piece. When I first walked in, I was unimpressed, but then the opening number “Jellicle Songs For Jellico Cats,” impressed until Rum Tum Tugger’s entrance. The leaps, turns and angelic vocal harmonies were perfection. Then the show turned uneven. Hamilton‘s Andy Blankenbuehler, doesn’t understand what Gillian Lynne’s choreography did, which was to pace itself so it wasn’t quiet ADD. These dancers are exquisite and their athletic prowess is extraordinary. That is not the problem here. Somehow the show wasn’t given enough direction by Trevor Nunn and where Napier’s costumes bring out the cats’ individual personalities, there are times that the performers don’t. The pacing at times threatened to put both me and my guest to sleep.

What this show does in spades is remind me of how talented Andrew Lloyd Webber is. He knows how to create amazing anthems, ballads that will live forever and incidental music that glorious to listen to. His choral work is truly inspiring. Even the changes and updates to this production do not diminish but add to the piece.

Will this Cats succeed, the answer is yes. Look at Les Miserables. Is the show talented, yes for the most part in extremes. Does it have audience appeal….yes. Will the show live now and forever, yes, because this is what audiences want.