CD’s You Won’t Want To Miss: Sutton Foster, Miss You Like Hell, A Letter To Harvey Milk, Brigadoon, Two-Player Game and Be More Chill 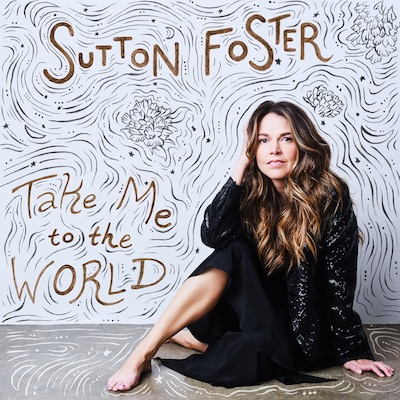 CD’s You Won’t Want To Miss: Sutton Foster, Miss You Like Hell, A Letter To Harvey Milk, Brigadoon, Two-Player Game and Be More Chill

GHOSTLIGHT DELUXE, an imprint of Ghostlight Records, will release Take Me to the World — the long-awaited third album from two-time Tony Award winner Sutton Foster — on Friday, June 1. Starting today, Friday, May 18, customers that pre-order the digital album will immediately receive a download of the album’s second single. “I’m on My Way / On My Way” is a medley of one of Sutton’s signature songs from the musical Violet, combined with the traditional spiritual. The album is being released in conjunction with the fifth season of the critically-acclaimed TV Land series “Younger,” which returns on Tuesday, June 5.

Take Me to the World features Sutton’s signature vocal stylings on classics written by musical theater luminaries including Stephen Sondheim (“Take Me to the World”), Cole Porter (“Give Him the Ooh-La-La”), and Kander & Ebb (“A Quiet Thing”), as well as legendary pop songwriters such as Paul Simon (“Old Friends / Bookends”) and James Taylor (“You Can Close Your Eyes”). The album takes listeners on Sutton’s personal journey inspired by the birth of her daughter. The recording’s first single, also available now to customers who pre-order the digital album, is “Stars and the Moon” with music and lyrics by Jason Robert Brown.

1. Take Me to the World / Starting Here, Starting Now

7. Stars and the Moon

11. You Can Close Your Eyes

Miss You Like Hell, the New York premiere production from The Public Theater (Artistic Director, Oskar Eustis; Executive Director, Patrick Willingham), for an original cast recording to be released later this year. With book and lyrics by Quiara Alegría Hudes, music and lyrics by Erin McKeown, and choreography by Danny Mefford, the new musical was directed by Public Theater Resident Director and Founder of Public Works Lear deBessonet, and stars Daphne Rubin-Vega and Gizel Jiménez. The recording is being produced by Erin McKeown and Kurt Deutsch.

Tony and Pulitzer Prize-winning playwright Quiara Alegría Hudes and acclaimed, genre-breaking singer/songwriter Erin McKeown brought their highly anticipated new musical to The Public earlier this season, which ran from March 20 to May 13. Two-time Tony nominee Daphne Rubin-Vega is Beatriz, a flawed mom to 16 year-old Olivia, and an undocumented immigrant on the verge of deportation. After living estranged from each other for years, a mother and daughter embark on a road trip that crosses state lines. Together they meet Americans of different backgrounds, shared dreams, and complicated truths in this powerful new show with vast heart and fierce humor.

“Miss You Like Hell is important musical theater,” says the label’s founder Kurt Deutsch. “It sings of America right now. Gizel and Daphne give such heartfelt and beautiful performances that deserve to be preserved. Quiara is a genius. Erin, welcome to the theatre. We are honored to have you. Thank you Public Theater for producing the show. It is an honor to work with you on so many albums.”

GHOSTLIGHT RECORDS has previously collaborated with Quiara Alegría Hudes on their Grammy Award winning recording of In The Heights. The label has joined forces with The Public Theater on original cast recordings such as Bloody Bloody Andrew Jackson, Giant, First Daughter Suite, See What I Wanna See, and Fortress of Solitude.

The Off-Broadway musical, A Letter To Harvey Milk, will release its digital cast album on May 22 in honor of Harvey Milk’s birthday, it will be available on itunes.com, amazon.com, google.com etc. and in stores at a date TBA.

Based on the short story by Lesléa Newman, the musical A Letter To Harvey Milk, has music by Laura I. Kramer, lyrics by Ellen M. Schwartz, with additional lyrics by Cheryl Stern, book by Jerry James, Laura I. Kramer Ellen M. Schwartz and Cheryl Stern and will be directed by Evan Pappas with music direction by Jeffrey Lodin, orchestrations by Ned Ginsburg, casting by Stephanie Klapper. A Letter To Harvey Milk, is presented by Letter Productions LLC, Associate Producer/Production Supervisor SenovvA Production Core and is executive produced by Lisa Dozier King.

Before My Fair Lady and Camelot there was Brigadoon, Lerner & Loewe’s transcendent romantic fantasy about the past, the present, and what it means to (almost) be in love. The classic 1947 musical, celebrating its 70th anniversary, follows Tommy Albright (Wilson), a jaded New Yorker who gets lost in the Scottish Highlands and stumbles into an idyllic town that only appears for one day every century. He quickly becomes smitten with the headstrong Fiona MacLaren (O’Hara) and makes an enemy of the rebellious Harry Beaton (Fairchild), bringing about a chain of events that could spell doom for the entire town.

New York City Center thanks The Frederick Loewe Foundation for its lead sponsorship in support of this special production of Brigadoon, which was originally presented November 15-19, 2017.

The release of Two-Player Game, the new album from George Salazar and Joe Iconis, in digital and streaming formats today, Friday, May 11. It will be available on physical CD this summer in conjunction with the debut New York production of Be More Chill. For more information, please visit www.ghostlightrecords.com/joe-iconis-george-salazar-two-player-game.html

Two-Player Game is a hot recording of a rock-and-roll evening of hilarious characters, soaring vocals, and unstoppable energy that joins George Salazar – the Drama Desk-nominated actor known for Be More Chill, TheLightning Thief, Godspell, and tick tick BOOM – with Joe Iconis, the Larson Award-winning musical theatre writer behind Be More Chill, Broadway Bounty Hunter, The Black Suits, and his songs for “Smash” on NBC-TV, for a recording of their intimate yet mind-melding concert. George shares showstoppers he has originated on stage, songs he’d never get to sing, brand new material from upcoming musicals, and more. The album is produced by Ian Kagey and Kurt Deutsch.

The program was originally presented as a sold-0ut run at Feinstein’s/54 Below. Salazar and Iconis will return to the venue for album release shows for two performances on Monday, May 14 and Thursday, May 31. A limited edition of the physical CD will be available at these concerts. Tickets are available at 54below.com/events/george-salazar-joe-iconis-two-player-game/

This album reunites Iconis and Salazar from Be More Chill, the musical whose cult status and social media following have propelled it to chart-topping success and a long-awaited Off Broadway debut this summer. After its world premiere at Two River Theater in 2015, the show’s New York production will start previews on July 26 and run through September 23 at The Irene Diamond Stage at The Pershing Square Signature Center (480 West 42nd Street, NYC). Tickets are available at www.bemorechillmusical.com.

Before arriving in New York, Be More Chill has been an organic sensation, amassing an unprecedented following across various online platforms, with millions of fans from Brazil to Japan to New Jersey sharing fan art, streaming the album, and talking about the show. The cast recording has racked up over 100 million streams, and entered the Billboard “Broadway Top Ten” chart in its 97th week of release, one of the only shows to enter the top 10 prior to a New York run. In 2017, Tumblr ranked Be More Chill as the #2 most talked-about musical on their platform, following Hamilton.

In addition to Two-Player Game and Be More Chill, the work of Joe Iconis is also represented on GHOSTLIGHT RECORDS with Things to Ruin and The Joe Iconis Rock and Roll Jamboree. 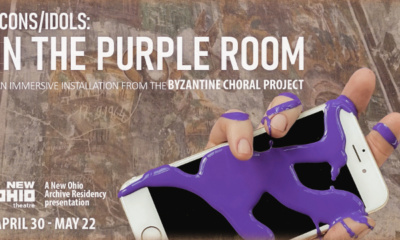