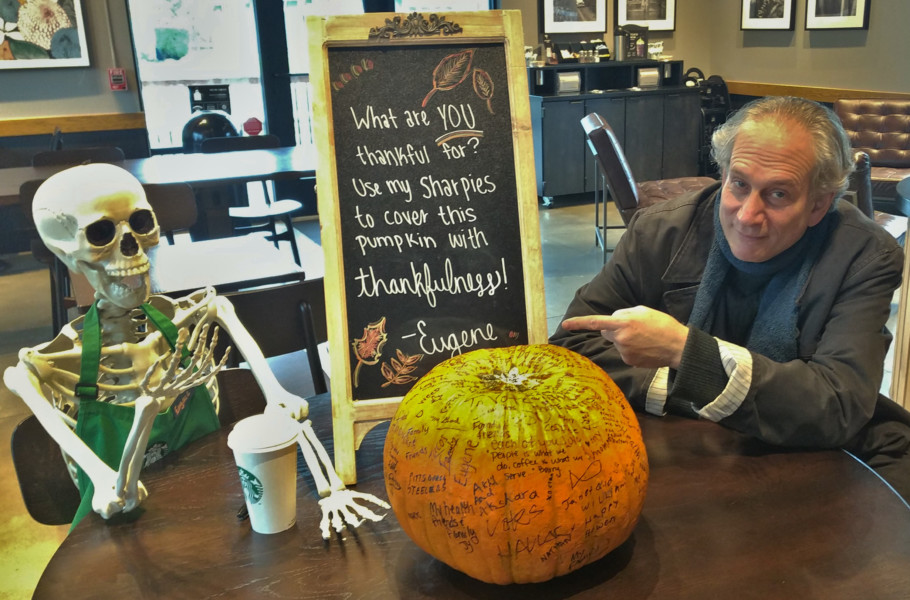 When I recently found a new edition of Irish author Bram Stoker’s “Dracula,” it led me back into one of the greatest stories ever told. It’s a classic tome about a legendary character who’s the quintessential embodiment of horror.

I love horror, fantasy and sci-fi, so Halloween stirs up a conundrum for me — should I stage my own little horror movie marathon or not? Sometimes I feel compelled to exploit the moment — not being much for trick or treating or costume parties — and look back at the horror films I love or try out new ones for my imagined personal film festival.

So my first step was to call Joe Mauceri, majordomo of FearsMag.com — a leading genre site — for inspiration. As a quintessential horror film fan, Joe noted why horror works: “Of all the film and literary genres, horror stirs really strong emotions. Of course, what I find horrific someone else may not. But that’s what allows horror to cross genres and mix with sci-fi and fantasy. A true horror story needs to cast a big net, and cast it far, to capture a large audience and elicit a visceral response.”

Stirred by an NPR interview with sci-fi author Jeff VanderMeer, I sought out the DVD of the cinematic retelling of his “Annihilation” for a way into fashioning my festival/marathon wish list.

As director Alex Garland’s perfect example of the cross between sci-fi and horror, the film creates both a sense of dread and wonder. Audiences are fascinated in the way that an alien appears on earth after a spaceship has crashed into an isolated lighthouse. This small patch of earth is transformed into an otherworldly environment, where sinister doings pervade it all. Natalie Portman and the rest of the cast play the role that most humans do in a horror film — that of passive participants who are buffeted by forces beyond their control.

I love the intersection of horror and sci-fi which was brilliantly expressed in the first “Alien” film. Directed by Ridley Scott and starring Sigourney Weaver as crew-member Ripley, whose earthbound cargo ship becomes infested with monsters that make their way onto her starship and start killing everyone. She’s no passive player once she realizes she has to defeat the monsters or die.

Actor/director John Krasinski’s recent film, “A Quiet Place” blends the two genres in a unique way. Extraterrestrials appear who shred people because they’re drawn to the noise they make — any noise. Just imagine the constraints such a situation provokes. The film reveals the terrifying lengths a family has to go through in order to stay quiet and stay alive.

Sci-fi and horror pervaded 1987’s “Predator” which starred Arnold Schwarzenegger as a commando team leader on a mission to take out rebels in a South American jungle. Suddenly the hunters become the hunted as an alien tracks and tries to kill them all for trophies (which is their skulls and backbones).

If a monster movie is created with a clever touch and designed with a bit of snark then it merits inclusion here. Witness the low-budget rethink of the werewolf myth in “The Howling,” Joe Dante’s ‘80s classic. He re-imagines werewolves as a cult community with the expected frightening results. Maybe the werewolf doesn’t get the props that vampires get but several other films do their best at myth-making this man-into-beast character. These include 1935’s “The Werewolf of London” and 1961’s “Curse of The Werewolf” — which starred Oliver Reed and was produced by Hammer Films — and John Landis’ tragicomic “An American Werewolf in London” which came out in 1985.

That brings me to Hammer — a British film studio which made some of the best genre films during the ‘50s and ‘60s including “The Horror of Dracula” which starred Christopher Lee who performed the most terrifying rendition of The Count ever seen on screen.

Before that studio, there was Universal which established the classics from which everything else emanates. Among their many signature franchises established through the ’30s, it made James Whale’s “Frankenstein” and “Bride of Frankenstein,” the original “Dracula” (with Bela Lugosi) and “The Mummy” (with Boris Karloff).

Roger Corman’s AIP studio churned out a vast array of horror films with many of them starring the regal Vincent Price. He played many a scary character in a slew of re-interpretations of master horror scribe Edgar Allan Poe’s many stories including “The Pit And The Pendulum” and “The Raven.”

And ever since George Romero set into motion the zombie craze with his groundbreaking B&W low budget hit, “Night of The Living Dead” in 1968, younger horror masters such as Danny Boyle have fashioned new benchmarks out of that earlier trope-definer. Witness “28 Days Later,” his reboot of the zombie establishing new elements to the mythology.

Mexican-born Guillermo del Toro, another new-gen horror-meister, used “The Creature from The Black Lagoon” (a Universal monster classic from the ’50s) as inspiration for his Oscar-winning woman/monster love story, “The Shape of Water.” Del Toro has been doing his best to re-envision fantastic films; his “Pan’s Labyrinth” is a great example of that.

But enough of that. At the core of some of the best horror is the unexplainable, the supernatural, and other stuff that happens without any logic to it. “The Exorcist” is the best example of a supernatural film in cinematic history. No other movie has ever scared me as much, and, though I have watched other classics more than once, I can’t even imagine viewing this film in its entirety again. After I saw it when it first came out, I was so disturbed that I was ready to become a Catholic before it ended.

Besides “The Exorcist,” and, maybe, “The Omen,” no other film dealt with the Devil so powerfully as did Roman Polanski’s artful “Rosemary’s Baby” in which the hubby (played by John Cassavetes) gives his wife (Mia Farrow) to the Devil who impregnates her with his child.

I would also choose touchstones from such directors as Jonathan Demme (“Silence of The Lambs”) Nicholas Roeg (“Don’t Look Now”), Ken Russell (“The Devils”). And of course, there’s the masterful Stanley Kubrick who lent “The Shining” —Stephen King’s tale of demonic possession — his own unique, profound stamp.

King, the prolific master of horror fiction, prompted the making of a formidable array of horror classics from “Carrie” on to the most recent remakes of “It” with its demonic clown Pennywise as the ultimate antagonist. The list of his achievements is formidable and so are the many films he’s responsible for. Other literary stars such as Clive Barker transformed their own books into shock-inducing series; witness his “Hellraiser” films with his torturer from Hell, Pinhead, as an iconic figure.

While King first established his mark as a maker of literature (though he also acted in many of the films that sprang from his twisted brain), nobody churned out as many incredible poductions as British director Alfred Hitchcock. The portly auteur made two distinctly frightening films — “The Birds” and “Psycho.” They came at the genre in two distinctly different ways. The former was shrouded in mystery; the latter addressed madness. Also, Hitchcock made appearances in the films he created.

The horror genre is notable for the many franchises it has generated. Two classic blood-n-guts slashers flicks — “Nightmare on Elm Street” and “Halloween” — set in motion murderous antagonists who have spawned many successful sequels. Given “Halloween’s” success, credit must go to its director/creator John Carpenter who also made the ghostly “The Fog” and a terrifying version of “The Thing,” the ultimate sci-fi/horror remake. In it, Kurt Russell plays a scientist who battles a shape-shifting alien in order to prevent it from escaping out of the Antarctic.

Another film which enjoyed being remade to good effect was “Invasion of the Body Snatchers.” It also dealt with outer space invaders trying to replace humans with otherworldly replicas.

While Cronenberg established an aesthetic outer limits, it has been Jason Blum, whose company Blumhouse produced Jordan Peele’s groundbreaking “Get Out,” a film which tackles racial issues under the guise of being a horror flick. Its storyline revolves around a white cult making sinister use of Black bodies. His production house has now made dozens of horror films based on contemporary themes by applying unique conceptual approaches to sometimes worn-out ideas (the supernatural “Ouija”) or with freshly blended genres (as in the mad-killer dystopia of “The Purge.”)

But that’s just the tip of the iceberg of what could be a many month-long fest of cinematic contortions. And given the tortures of this year — the plagues, political passions, lies and misdemeanors — there’s enough horror all around.

Maybe it will all end with the results of the vote after November 3rd.

and the films of Peary Reginald Teo