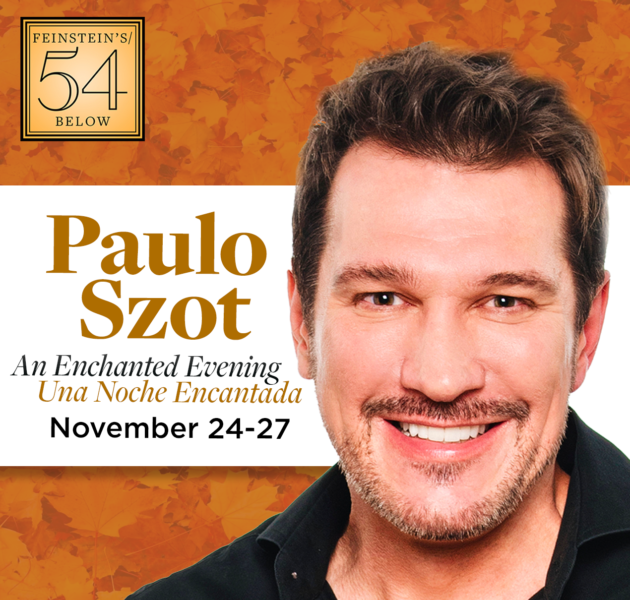 Paulo Szot (South Pacific) has played the music of theaters around the world with an encore of his sold out show An Enchanted Evening or Una Noche Encantada. He is now starring in the Broadway musical Chicago.

The award-winning baritone (Tony®, Drama Desk, Outer Critics, Theater World) returns for his 10th engagement with Feinstein’s/54 Below, this time featuring the most exuberant songs from the Spanish zarzuela and musical theater stages—and much more from November 24 – 27th,

Szot will present a singular selection of touching and romantic songs, uniquely performed with the fullness of his operatic voice combined with the intimate musicality of his native Brazil. Expect a holiday song or two to kick off the season too!

Paulo will be accompanied by the brilliant music director Luke Frazier with the inspired musicians from American Pops Orchestra.

For the performance on Thursday, November 25, our regular menu will be replaced by a Thanksgiving prix fixe, which features classic holiday dishes and other festive seasonal favorites.  All guests will be charged $85 each for their meals (this pricing does not include beverages or tax & gratuity).