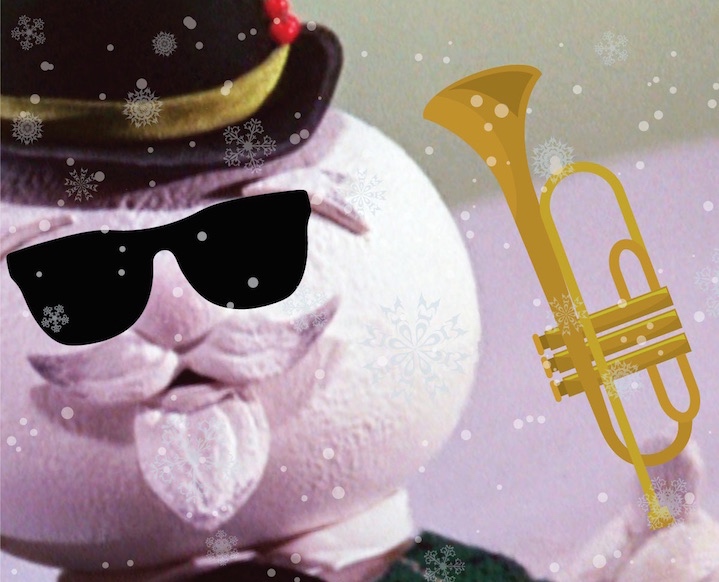 Celebrate the Holidays With Jazz at Lincoln Center

Celebrate the Holidays With Jazz at Lincoln Center

It is the “Most Wonderful Time of the Year” and Jazz at Lincoln Center joyfully announces 16 holiday-themed nights in December. Jazz at Lincoln Center will ring in the holidays with Big Band Holidays, December 13-17, a decades-long annual NYC holiday tradition. The Jazz at Lincoln Center Orchestra with Wynton Marsalis will be joined by special guest vocalists Catherine Russell and Kenny Washington. With fresh arrangements, playful improvisation, and entertaining storytelling, the Orchestra will bring out the magic in such classics as Count Basie’s “Jingle Bells,” “Have Yourself a Merry Little Christmas,” and Billie Holiday’s “I’ve Got My Love to Keep Me Warm.” In addition, the Big Band Holidays Relaxed Performance will return on Sunday, December 17 at 2pm, after the initiative’s successful launch in 2016. The Relaxed Performance is designed to provide families with children or adults with autism, learning difficulties, or other sensory and communication needs the opportunity to enjoy Jazz at Lincoln Center performances in a more relaxed environment.

Over the years, the critically acclaimed Jazz at Lincoln Center Orchestra with Wynton Marsalis and an all-star roster of guest vocalists have explored the canon of holiday standards, performing new and traditional arrangements of Yuletide favorites. These Big Band Holidays concerts have become a seasonal tradition among jazz lovers and families, especially since the release of the Big Band Holidays album on Blue Engine Records. The album—which captures highlights from holiday performances through the years and features guest vocalists Cécile McLorin Salvant, René Marie, and Gregory Porter— is available on streaming platforms and for sale on CD and vinyl at all performances. Additionally, a limited-edition Christmas tree-shaped 7” vinyl single will also be available.

BIG BAND HOLIDAYS
December 13, 7pm; December 14–16, 8pm; December 17, 2pm | Rose Theater
Continuing a beloved New York tradition, the Jazz at Lincoln Center Orchestra with Wynton Marsalis warms up the House of Swing with soulful renditions of holiday classics. With fresh arrangements, playful improvisation, and entertaining storytelling, they bring out the magic in such classics as Count Basie’s “Jingle Bells,” “Have Yourself a Merry Little Christmas,” and Billie Holiday’s “I’ve Got My Love to Keep Me Warm.” Jazz royalty Catherine Russell joins as special guest vocalist for the second year, continuing a spirited partnership that has spread Yuletide cheer in dozens of cities across the country. Russell will be joined by another Jazz at Lincoln Center favorite, fellow vocalist Kenny Washington, who recently brought his Home for the Holidays program to delighted audiences at Dizzy’s Club Coca-Cola.
Tickets start at $35.

RILEY’S RED HOT HOLIDAYS
December 15–17, 7:30pm & 9:30pm | Dizzy’s Club Coca-Cola
This swinging holiday show features a collective of New York’s finest rising stars. These musicians have all worked together extensively, and they’ve been featured on Jazz at Lincoln Center’s multiple stages over the past few years. The musicianship is impeccable, and their camaraderie and deep love for this music bring a real fire to the shows they put together. Tonight’s music director is trumpeter Riley Mulherkar, who has directed several outstanding events at Jazz at Lincoln Center, including a Dizzy Gillespie career retrospective, a headlining performance by vocalist extraordinaire Dee Dee Bridgewater, and a couple of swinging Mardi Gras celebrations.
Cover: Fri, Sat $45 / Sun $30
Students: $25

CARLOS HENRIQUEZ OCTET: THE LATIN SIDE OF DIZZY
December 26–30, 7:30pm & 9:30pm | Dizzy’s Club Coca-Cola
Carlos Henriquez is the Jazz at Lincoln Center Orchestra’s bassist and “an emerging master in the Latin jazz idiom.” (DownBeat) He will lead an all-star octet through a lively exploration of the Latin side of Dizzy Gillespie. As heard in transformative songs like “Manteca” and “A Night in Tunisia,” Gillespie integrated Cuban rhythms with the hot sounds of a modern jazz orchestra, becoming a leading pioneer in the infectious cultural fusion of Latin jazz—a tradition that Henriquez now embodies. Hailing from the Bronx, Henriquez is a rare virtuoso in both jazz and Afro-Cuban traditions, and he has performed with greats like Tito Puente, Eddie Palmieri, and Celia Cruz since the age of 14. Henriquez regularly headlines concerts in The Appel Room and music directs shows in Rose Theater, so these shows at Dizzy’s are an exciting opportunity to experience his talent in a more intimate setting.
Cover: Tues, Wed, Thurs $45 / Fri, Sat $55

NEW YEAR’S EVE WITH PAQUITO D’RIVERA AND CARLOS HENRIQUEZ
December 31, 7pm & 11pm | Dizzy’s Club Coca-Cola
14-time Grammy Award winner Paquito D’Rivera returns to Dizzy’s Club Coca-Cola for a rollicking New Year’s Eve performance. Not only is he one of the world’s foremost saxophone and clarinet virtuosos, D’Rivera is a composer whose contributions to classical music and Latin jazz have earned him both a Carnegie Hall Lifetime Achievement Award and the honor of NEA Jazz Master. D’Rivera regularly sells out top concert halls in New York City (he’ll be headlining in Rose Theater in March), but he also knows how to channel his magic into a club setting with his mischievous sense of humor. Hailing from the Bronx, Henriquez is at home in both jazz and Afro-Cuban traditions, and he has performed with greats like Tito Puente, Eddie Palmieri, and Celia Cruz since the age of 14. He, too, regularly headlines concerts in our larger venues, and he’s put together a truly extraordinary band for this gig. Join them at Dizzy’s to ring in the new year with good vibes, great food, and some of the world’s best musicians.
Advance Payment Required: $200 per person for the 7:30pm set and $350 per person for the 11pm set, plus applicable fees (price includes 20% gratuity). Jazz at Lincoln Center members have pre-sale access beginning November 7. Reservations will be available to the general public on Thursday, November 14, subject to availability.

All single tickets for The Appel Room and Rose Theater can be purchased at jazz.org 24 hours a day or through CenterCharge at 212-721-6500, open daily from 10am–9pm. Tickets can also be purchased at the Jazz at Lincoln Center Box Office, located on Broadway at 60th Street, ground floor. Reservations for Dizzy’s Club Coca-Cola can be made by calling 212-258-9595 or by visiting jazz.org.

Hot Seats—$10 seats for select shows in Rose Theater—are available for purchase to the general public on the Wednesday prior to each performance, subject to availability. Jazz at Lincoln Center’s Hot Seats Ticket Discount Program is supported by the New York City Department of Cultural Affairs in partnership with the City Council.

Additional information may be found at jazz.org |