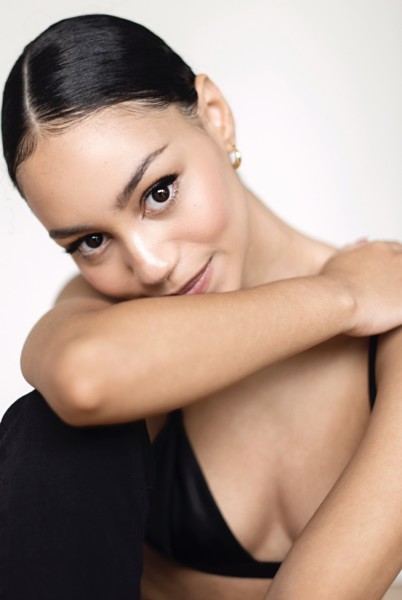 Laurissa is currently starting a challenge for others to use her music to flaunt their beauty and talent on Tik Tok and Instagram @inthelandoflala https://vm.tiktok.com/ZMe1CsX65/

Laurissa Romain, aka “Lala” is featured in Spike Lee’s upcoming Civil Rights Film, “Son of the South” as Brenda Travis, a 1960’s Freedom Rider. The film stars Lucas Till, Lucy Hale, Lex Scott Davis, Brian Dennehy and Cedric the Entertainer is in select Theaters and On Demand February 5, 2021.

“Son of the South” is based on Bob Zellner’s book, “The Wrong Side of Murder Creek”. The film is Executive Produced by Spike Lee, Directed by Barry Alexander Brown and Produced by Vertical Entertainment.  IG:@sonofthesouthfilm
Watch Official Trailer:

This is not the only important work about racial segregation that she has done.  As a young girl, Laurissa played Rose in the play “Colors of Autumn” about the Jim Crow Laws and as Emile de Becque’s daughter, Ngana, in the Rodgers and Hammerstein Broadway Revival of “South Pacific”.
To inspire young people to know and exercise their right to vote, she recorded a cover of Sam Cooke’s song, “Change Gonna Come” also as a tribute to Civil Rights Activist and Congressman, Rep. John Lewis.
Music Video on Youtube

Laurissa was Nominated for Best Lead Actress in The NICE Film Festival of 2020 for the Short Film, “You Were Always” Written and Directed by Peter Westervelt.
She plays the role of Veronica in the upcoming Netflix Feature Film, “Kurt” aka “The Man Behind The Camera”, Directed by Mike Perrone and Written by Mike Perrone and Christopher De La Rosa.

Laurissa’s other Film Work includes, Chris Rock’s “Top Five” as Grace, Rosario Dawson’s daughter and on Television, she Guest Starred on TBS’ “Are We There Yet”, Starring Terry Crews, Directed by Alfonso Riberio.
Her Stage Work includes, The Actors Fund Benefit Reading of Neil LaBute’s “A Dark, Dark House” as Jennifer; “Oswald the Musical” as Young Marina; The Origin Irish Theatre Festival’s Award Winning Play, “The 8th” as Melanie Quirke and as Vanessa in The GR42 Sings Music of “In The Heights”, celebrating the music of Lin Manuel Miranda.

You can follow her on all social media platforms @inthelandoflalaand on her website www.inthelandoflala.com
Her music is available on Spotify: https://open.spotify.com/artist/5fHVqHrW2Ws8GKzKd0xvRR