Celebrates WorldPride With Peppermint and Cazwell 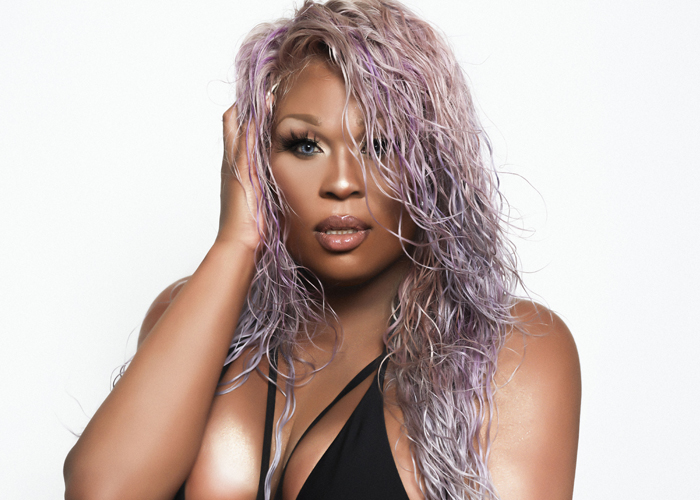 Celebrates WorldPride With Peppermint and Cazwell

RuPaul’s Drag Race favorite Peppermint, who made history this past season as the first transgender woman to create a principal role on Broadway, will celebrate WorldPride with , Candy: Peppermint Live In Concert. With Cazwell at Off-Broadway’s Gramercy Theater, 127 East 23rd Street..

As the title suggests, Peppermint will be joined by longtime collaborator Cazwell as well as a live band for this special one night only event. It will be presented Friday, June 28 at 7:00 pm. Tickets are $30 – &75 (for VIP tickets that include a meet and greet), available at www.SpinCycleNYC.com.

Peppermint made her Broadway debut this season in in the acclaimed musical Head Over Heels and became the first transgender woman to create a principal role on Broadway. Fans know her from Season 9 of RuPaul’s Drag Race. An established entertainer and recording artist, she regularly performs to sold-out crowds around the world. Albums include Hardcore Glamour, Servin’ It Up, Sugar & Spiked and Black Pepper available on iTunes and Google Play.

Cazwell has had over 10 million combined video views on Vevo / You Tube and has managed over 1 Million download / streams of his independently-released music. From becoming a You Tube sensation after a million people viewed the ridiculously popular and oft-imitated “Ice Cream Truck” music video in a single week, to producing a steady flow of singles and videos that capture his engaging charisma, self-effacing humor and personality, Cazwell has earned credibility on and off the dance floor with a slew of anthemic and danceable hip hop tracks including “Rice & Beans,” the disco-sampled “All Over Your Face” and Courtney Love’s personal favorite, “I Seen Beyoncé At Burger King.” Cazwell’s “Get My Money Back” (from his debut full length, Watch My Mouth) was recently used for an HBO’s ad campaign for Eastbound and Down. He has collaborated with numerous artists including Peppermint, Peaches, Manila Luzon, Yvie Oddlly, Amanda LePore, Colton Ford, Cherie Lily, Luciana, Big Dipper, MC Lyte, Chris Willis and Psyko Punkz. Cazwell was also a featured artist on the True Colors Tour with Margaret Cho, Cyndi Lauper, Deborah Harry, Rufus Wainwright, Rosie O’Donnell and Indigo Girls.