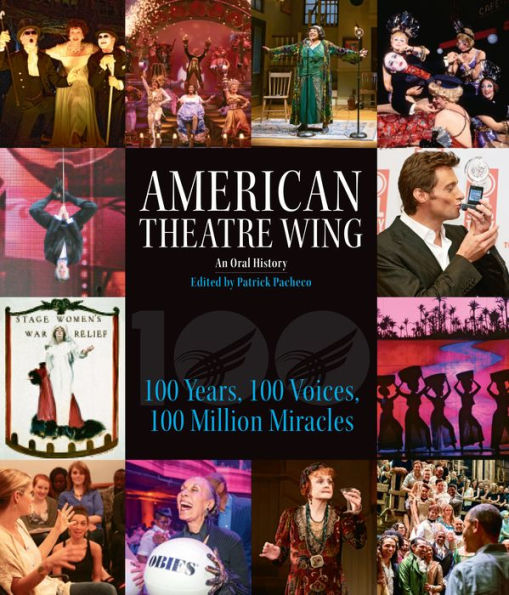 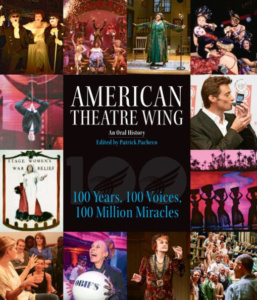 In 1943, a wounded soldier aided by a cane limped into the Stage Door Canteen, the American Theatre Wing’s fabled New York club created to entertain the allied forces. Two hours later, he was said to have left with a spring in his step–and without the cane. This “miracle” is just one of many recounted in the lavish book.

The other miracles are more commonplace, if no less remarkable, told by the impassioned artists and theater advocates who created and sustained this preeminent theatrical organization, including Angela Lansbury, Rosie O’Donnell, Patti LuPone, Audra McDonald, Harold Prince, Kenny Leon, Neil Patrick Harris, David Henry Hwang, Harvey Fierstein, and James Corden. These oral histories trace the American Theatre Wing’s dedication to supporting and fostering American theater and the burgeoning and veteran artists in their stories–from Broadway, Off Broadway, and regional theater.

Patrick Pacheco is a journalist and Emmy-winning commentator whose work has appeared in The New York Times, The Los Angeles Times, The Wall Street Journal, and Esquire.com. Pacheco contributed to the 2005 Broadway musical Chita Rivera: The Dancer’s Life, and co-wrote with Maria Cassi the play My Life with Men…and Other Animals. He also wrote the 2010 Disney documentary Waking Sleeping Beauty. He appears on NY1’s “On Stage” and Public Television’s “Theater Talk.”

One hundred years ago, on the eve of America’s entry into World War I, seven suffragettes—all women of the theatre—came together to form The Stage Women’s War.

Relief. A century later, the spirit and vision behind the founding of American Theatre Wing remains a touchstone for all we do. The Wing continues to champion bravery, with a focus on developing the next generation of brave artists. We envision an American Theatre that is as vital, multi-faceted, and diverse as the American people.

The Wing’s programs span the nation to invest in the growth and evolution of American Theatre. We provide theatre education opportunities for underserved students through the Andrew Lloyd Webber Initiative, develop the next generation of theatre professionals through the SpringboardNYC, Theatre Intern Network, and SwingSeats programs, incubate innovative theatre across the country through the National Theatre Company Grants, support emerging musical theatre songwriters through the Musical Theatre Songwriting Challenge (co-presented with the NEA) and the Jonathan Larson® Grants, and illuminate the creative process through the Emmy-nominated “Working in the Theatre”documentary series. In addition to founding the Tony Awards® which are co-presented with The Broadway League, the American Theatre Wing co-presents the Obie Awards®, Off Broadway’s Highest Honor, with The Village Voice.

Visitors to AmericanTheatreWing.org can gain inspiration and insight into the artisticprocess through the Wing’s extensive media collection, and learn more about itsprogramming for students, aspiring and working professionals, and audiences. Follow the Wing on Twitter and Instagram @TheWing, and onFacebook.com/TheAmericanTheatreWing.

Brad BalfourFebruary 14, 2022
Read More
Scroll for more
Tap
He Says: Gettin’ The Band Back Together For a Funny Show That’s Not Quite Rockin’ Enough For Broadway
Jonah Platt Has Signed On To Play Country Songwriter Hall of Famer, Dean Dillon, in Tennessee Whiskey The Musical: The Story of Dean Dillon