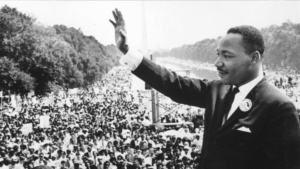 Martin Luther King Junior would have turned 88 this year. Today we honor the legacy of the slain civil rights leader, who was murdered in his prime at only 39 years old. Dr. King was assassinated in Memphis on April 4, 1968. 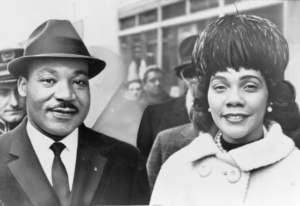 New York honors this man of peace with the following tributes.

At the African Burial Grounds Museum, 290 Broadway, the museum is celebrating the life of Martin Luther King Jr. with two free film screenings, PBS’ “Slavery by Another Name,” based on the Pulitzer Prize-winning book by Douglas A. Blackmon, at 10:30 a.m., followed by Ely Landau’s “King: A Filmed Record… Montgomery to Memphis,” from 12:30 to 3:30 p.m.

Starting at 1:00 Manhattan Country School eighth-graders will honor the legacy of the civil rights leader by taking to the streets and delivering speeches to raise awareness about such issues as mass incarceration, racial profiling, sexual assault, anti-Muslim bias, climate change and the gender pay gap. The march, an annual event organized by students but open to the general public, will kick off at Riverside Church and end at Manhattan Country School, 490 Riverside Drive. This year’s theme is “We Will Not Be Silenced: A Call to Action.”

Brooklyn Academy of Music’s 31st annual tribute to King. The keynote address is being delivered by Opal Tometi, one of the founders of the Black Lives Matter movement. Mayor Bill de Blasio is also expected to speak at the event. Gospel legends the Institutional Radio Choir and Sacred Steel gospel group the Campbell Brothers will perform. This event is free and open to the public. Seating is on a first come, first served basis.

Martin Luther King Junior Day is a federal holiday, so all government offices, schools, courts, post offices, financial markets and most banks are closed. Alternate side of the street parking rules are suspended, but you will have to pay if you’re at a parking meter. Mass transit, subways, buses and the Staten Island Railway operate on regular weekday schedules. Long Island Rail Road is running on a modified holiday schedule. Metro-North operates on an enhanced Saturday schedule. Off-peak fares are in effect on both railroads all day. New Jersey Transit trains and buses run on holiday schedules. PATH operates on a modified weekday schedule.

There is no trash or recycling pickup and no regular mail delivery. 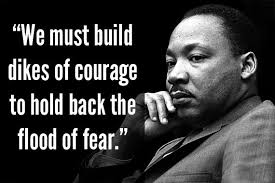 Dr. King left us with some inspirational quotes and messages.

“Intelligence plus character–that is the goal of true education.”

“The time is always right to do what is right.”

“Love is the only force capable of transforming an enemy into a friend.”

“True peace is not merely the absence of tension; it is the presence of justice.”

“In the end, we will remember not the words of our enemies, but the silence of our friends.”

“We’ve got some difficult days ahead. But it really doesn’t matter with me now because I’ve been to the mountaintop . . .I’ve looked over and I’ve seen the promised land. I may not get there with you. But I want you to know tonight that we as a people will get to the promised land.”

“I look to a day when people will not be judged by the color of their skin, but by the content of their character.”

“We must accept finite disappointment, but never lose infinite hope.”

“We may have all come on different ships, but we’re in the same boat now.”

“I have a dream that my four little children will one day live in a nation where they will not be judged by the color of their skin, but by the content of their character.”

“We know through painful experience that freedom is never voluntarily given by the oppressor, it must be demanded by the oppressed.”

“Injustice anywhere is a threat to justice everywhere. We are caught in an inescapable network of mutuality, tied in a single garment of destiny. Whatever affects one directly, affects all indirectly.”

“He who passively accepts evil is as much involved in it as he who helps to perpetrate it. He who accepts evil without protesting against it is really cooperating with it.”

“The ultimate tragedy is not the oppression and cruelty by the bad people but the silence over that by the good people.” 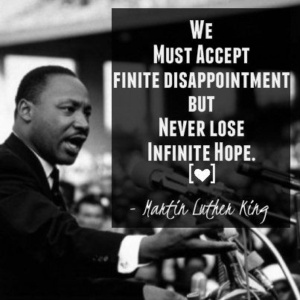 WriterSeptember 25, 2022
Read More
Scroll for more
Tap
The End Of An Era Ringling Bros. Circus To Close After 146 Years
Countdown To BroadwayCon: The Student Winners