Celebrating The Bard’s Day in Style 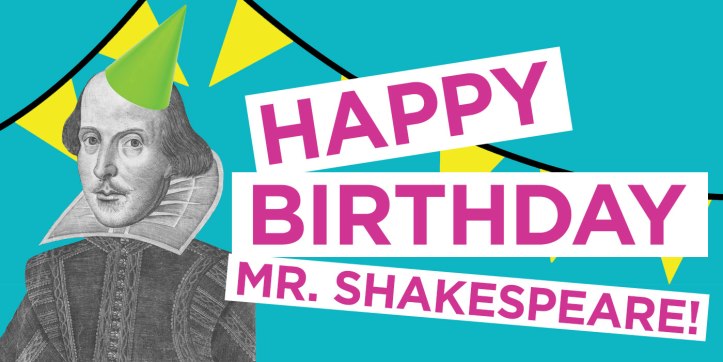 Celebrating The Bard’s Day in Style

In honor of his birthday today (thanks to frontmezzjunkies for reminding me!), here are there options for viewing some of his incredible work from your home and breaking away from the monotony of the streaming services you may have grown weary of over the last month or two.

The Globe Theatre (www.shakespearesglobe.com) is streaming 6 plays for 2 weeks each on its YouTube channel. The second and current selection that began this Monday is a superb production of Romeo & Juliet that is (obviously) tragic but also does a phenomenal job of pulling out a great number of comedic bits that intermittently lighten the mood while continuing to move the tale forward towards its inevitable conclusion foretold in the prologue. I’m always amazed at how I still hope this play will end differently every single time I see it. The Two Noble Kinsmen is up next on May 4th at 2pm, followed by Macbeth on May 11th.

The National Theatre in London (www.nationaltheatre.org.uk) continues it’s @Home streaming theatre series with their fourth selection, Twelfth Night, available for streaming very shortly at 2 pm EDT today. I missed the first selection, One Man, Two Guvnors, but I greatly enjoyed both Jane Eyre and Treasure Island. (You can click on any of the titles to read Ross’ frontmezzjunkies review) Based on those two productions, I am very much looking forward to this Twelfth Night.

The Stratford Festival in Canada (www.stratfordfestival.ca) has gone one step further than the Globe and will be streaming TWELVE Shakespeare productions in the coming months. They have broken the selections down into 4 categories exploring themes that directly relate to our current global pandemic and will (hopefully) encourage contemplation and discussion: Social Order and Leadership, Isolation, Minds Pushed to the Edge, and Relationships. The first selection for Social Order and Leadership is King Lear and will be premiering tonight at 6:30 pm EDT beginning with “An Actor Prepares with Colm Feore” who plays King Lear followed by the production at 7 pm EDT. This theme will be rounded out with Coriolanus and Macbeth premiering over the next two weeks. (You can read the frontmezzjunkies article about Stratford’s streaming schedule by clicking here.) I believe each of these will be available for 3 weeks following their premieres.

This turned into a MUCH longer post (and now my first frontmezzjunkies blog posting) than originally intended, but I hope it gives y’all a chance to appreciate the work of one of history’s greatest theatrical and literary masters. Also, for those who are able in these trying times, please consider donating to one (or all) of these arts organizations, as they strive to provide artistic beauty and intellectual stimulation to the world during this pandemic. (Click on their name up above or down below to be taken directly to their donation site.) My hope is that this time will remind people just how important the arts are to our communities and (for many of us) our mental health.