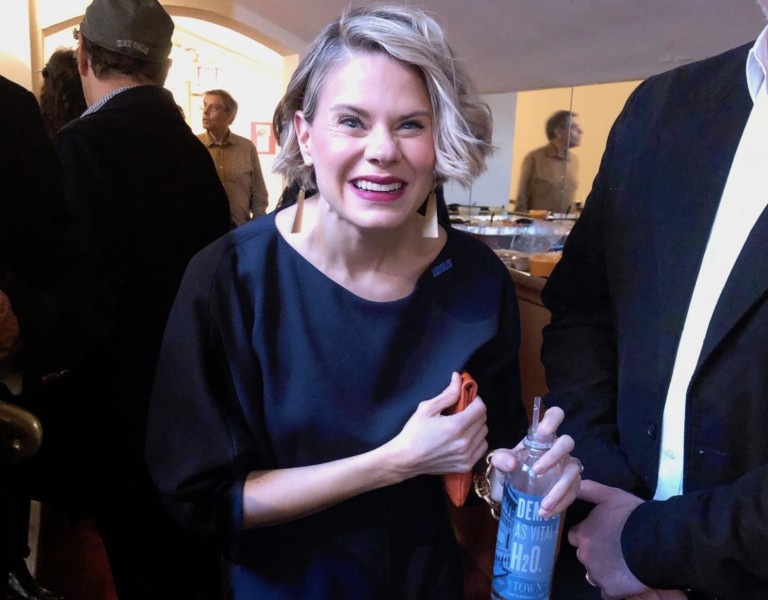 Broadway Stands Up For Freedom the largest single fundraising event for the NYCLU and the ACLU was MY BODY MY BUSINESS!. This year the event celebrated reproductive freedom and progress toward gender equality. Directed by Rachel Chavkin and music directed by Rona Siddiqui.

Celia Keenan-Bolger was the first recipient of the newly re-named Michael Friedman Freedom Award. As a founding member of the Broadway Stands Up for Freedom planning committee, she has been one of the most active contributors over the years. The NYCLU and ACLU are honoring Celia for living a life and pursuing a career dedicated to social justice. She uses her talent and voice to educate, create dialogue, and catalyze social change both on stage and off. This commitment has shown through in her representation of Scout in To Kill a Mockingbird on Broadway, for which she received a Tony Award in 2019.

Michael Friedman was a brilliant theater composer who was deeply committed to civil liberties and civil rights. Known for his work on Gone Missing, which he created with the theater company The Civilians, and Bloody, Bloody Andrew Jackson, he also wrote music and lyrics for Fortress of Solitude and Love’s Labour’s Lost for Shakespeare in the Park at the Delacorte Theater among many others. After the 2016 election, Mr. Friedman created The State of the Union Songbook, a body of songs based on interviews with voters. He frequently donated his music to the NYCLU’s annual Broadway Stands Up for Freedom Concert. To honor his memory, his parents, John and Carolyn Friedman, and his sister, Marion Friedman Young, created the Michael Friedman Fund for Voting Rights to support the ACLU and NYCLU’s voting rights work.

Kelli O’Hara (Kiss Me Kate) sang Michael’s song “Utopia” from The State of the Union Songbook for Celia as Bartlett Sher gave her the award.

Suzanna BowlingJanuary 31, 2023
Read More
Scroll for more
Tap
What To Watch For From The National Alliance for Musical Theatre
Broadway and Opera Stars Come Together for Special Halloween Performance of Barnum’s Bird: A Musical Extravaganza! The Story of P.T. Barnum and Jenny Lind