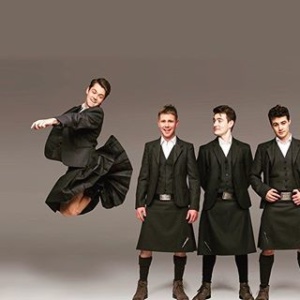 Hailed as BILLBOARD’s Top World Music Artist and Top World Imprint in 2009, 2011 and 2015, the phenomenon that is Celtic Thunder has achieved sales of over 2 million copies to date. Celtic Thunder also continues to extensively tour the USA, Canada and Australia, performing to more than 1,000,000 fans over the past nine years. Their mass appeal and devoted fan base continues to grow Celtic Thunder performed at the White House for President and Mrs. Obama, at the Pentagon for the Chairman of the Joint Chiefs of Staff as well as on the CBS Saturday Show’s Second Cup Café, the Today Show, and Fox and Friends.

Celtic Thunder Inspirational offers 21 spiritual tracks that have lived on throughout history. CT’s Ryan Kelly says, “Recording the Inspirational album was a really uplifting experience. The songs themselves were chosen for the “feel good factor” they inspire, and I definitely experienced that while recording them.” T2C had a chance to talk with Ryan Kelly. 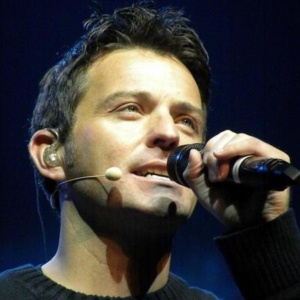 T2C: What inspired you to start singing?

Ryan Kelly: I guess my story is kinda common. Irish dad who was a singer and a church organist, sadly we lost him. My mom sang in the choir and music is my getaway. I am fortunate that it is my job and I am thankful for it.

T2C: What made the group choose the title “Inspirational”?

Ryan Kelly: We’ve been on the road for 10 years and the one common thing we have heard from the fans is how our music has inspired them during times of sadness. They find solace in our music, it is a common thing we hear. We love the fact that our music does this.

T2C: What does the new album “Inspirational” offer it’s audiences?

Ryan Kelly: It’s beautiful. It has been my favorite to record. The album offers warmth and solace to all. It’s for all, as it has no religious background. Yes, there are hymns, but there are others as well, that make you feel something inside. Its on a journey, a rollercoaster of emotions. Music, can make you think.

T2C: How does the album incorporate Celtic mythology?

Ryan Kelly: Within the album, there is Elvis Presley and Garth Brooks “May the Road Rise To Meet You”. It’s an Irish blessing that states, “May the wind be at your back”. We use that to wish people luck and it is a reminder of home. This song is our own stamp on the Irish theme.

T2C: What is your favorite number off the album?

Ryan Kelly: Garth Brooks “Unanswered Prayers”. I love the story. It’s about a high school football player and his old flame. He prayed this would be the girl that he marry, yet he finds himself marries to another and is thankful God did not answer this prayer. Not all prayers lead us to happiness. Where one direction leads so does another.

T2C: This is your 13 Album. What is your favorite and why?

Ryan Kelly: Difficult question. All the albums are different for different reasons. There was a connection in doing this album within the group. We were all invested in this album

T2C: Where has been your favorite place to perform?

Ryan Kelly: We tour all over the US, Canada and Australia. New York is my favorite city. It is unique and crazy. It was always my dream to come here. It’s hard to pick one place.

T2C: In 2012 Celtic Thunder did a unplugged concert for the victims of Hurricane Sandy, are you planning something like that for the current victims of the past months hurricane’s?

Ryan Kelly: We have prayed for the people in these awful atrocities. We have friends and fans in these places. Its something we are always open to, but it hasn’t come up.

T2C: You have had several members go their own ways. What makes you stay?

Ryan Kelly: They just haven’t got rid of me yet. Everyone has their own path. I love the Celtic Thunder Show, but I also have the show with Neil Byrne. I love doing both

T2C: What would you like our audience to know about Celtic Thunder?

Ryan Kelly: If you have never heard about us, we are just guys from Ireland who are singing our songs. Experience our life. We want people to get inspiration and to inspire.

Lucie Arnaz Makes New York Pops’ Fall Cabaret Fundraiser at Feinstein’s/54 Below Electric
There is Still Hope to See The Boss on Broadway!