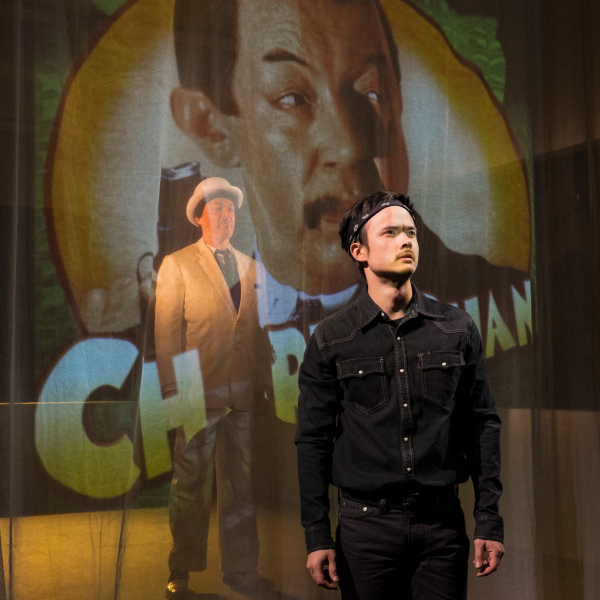 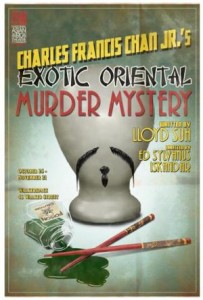 NAATCO (National Asian American Theatre Company) 25th anniversary premier starts with Lloyd Suh’s Charles Francis Chan Jr.’s Exotic Oriental Murder Mystery. This play was  commissioned and if you are not Asian American it is hard to watch. The reason being, is all this play does is put down America and Americans in different ways, dressing itself in the guise of a Murder Mystery.

The time is 1967, but we time travel all over the place tracing the Asian culture in America. We start with a Charlie Chan Mystery, but it is so convoluted because it is only a ploy in which to capture our attention. After a quasi film version of a murder, we meet Frank (Jeffrey Omura), who has flunked out of college and is struggling with identity issues. He’s lost his girlfriend, his friends a UC Berkeley still see him as “oriental,” even though he was born in Oakland. Since he is no longer in school he is now eligible for the draft to Vietnam. This is unnerving him as he will be an Asian fighting a war against South Asia. He then decides he is Asian American and sets out to write a political play to defend his new social statis. What we get are broad snippets of stereotypes that we are suppose to feel guilty about. The most obnoxious is the railroad section. If you know the history a lot of the problems that occurred came from their own people, who ripped them off. The facts are they came here because their own country was broke. Once they got here, they worked for less money, causing riots from the people who lived here and were no longer being hired, unless they agreed to work for the same low wage. 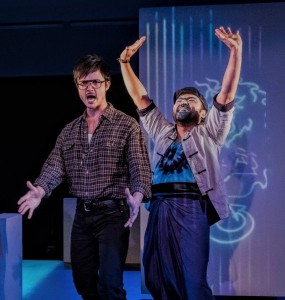 The play alternates with the play with-in the play method. If that weren’t confusing enough Frank’s inner voice is a monkey ala Sun Wukong, “The Monkey King” (Orville Mendoza) who talks. We basically for two hours got the Asian American racism card thrown in our face. What a shame the play wasn’t the adventures of Sun Wukong. Those books are fabulous and have much to teach.

Director Ed Sylvanus Iskandar kept the play visual and Olivia Sebesky’s colorful projections were brilliant. The whole show was like a cartoon version of the Sun Wukong without the wonderful tales. The cast however, is first rate.

This highly quirky play just left me flat. If your highly liberal and carry the guilt of our ancestors then this “politically correct” play will be right up your alley. As for me, I am over it and think racism will only vanish when the guilt and blame cease. Time to move on.