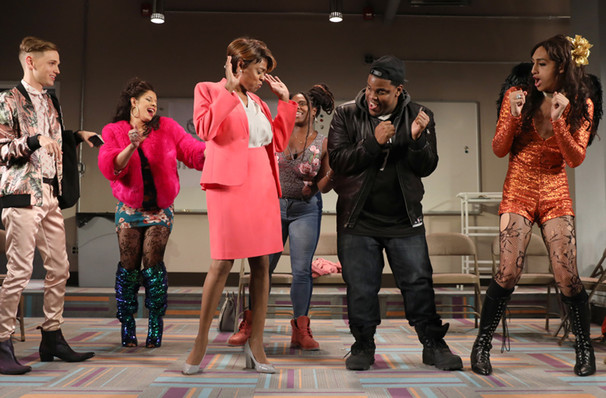 Charm Reminds Us All On How To Behave

Charm Reminds Us All On How To Behave 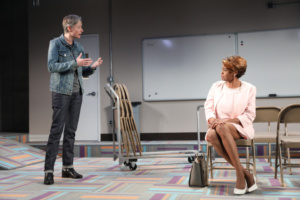 “You are beautiful, but you are not charming!, Charm, comes from respecting yourself and others. It means that you don’t beat up, make fun of, pick on, shoot, stab, throw shade, or otherwise dis the other students taking the course.” 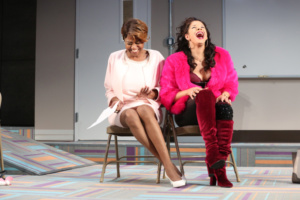 Philip Dawkins’ heart-warming and endearing play, Charm at the MCC Theater, offers a look into the LGBTQ youth community and where it has come from. Based on the true story of Miss Allen, a black, 67-year-old transgender woman from Chicago now named Mama Darleena Andrews (Sandra Caldwell). Mama is a woman who brings poise, beauty, and unconditional love to her babies. She volunteered to establish a Charm School at the LGBTQ Center and from real life comes a show with heart and soul.

The center is run by D (Kelly Simpkins), who is appalled by Mama Darleena’s gender attitude, as D identifies as neither male or female, which Darleena definitely does not understand. The little hoodlums in her class originally only showed up for the free refreshments but stayed due to the respect that Mama Darleena taught them. In the end, it is her truth that sets them all free. 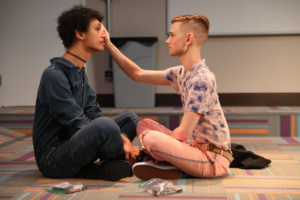 Darleena’s babies consist of Donnie (Michael David Baldwin) and Victoria (Lauren E. Walker), parents who are trying to make it work. Donnie, who spent some time in prison, has fallen for another inmate and Victoria still loves her man. Jonelle (JoJo Brown) dresses in black-sequined drag with matching black wings and identifies as female until the Androgynous, preppy Logan (Michael Lorz) shows up. Both use their smarts to create an adorable connection. Beta (Marquise Vilson) is a gangbanger who strikes out at anyone but has more secrets to hide than the whole group. Lady (Marky Irene Diven) has no idea whether he/she is in or out and steals Mama’s Emily Post book to figure things out. Lastly, Ariela (Hailie Sahar), a Latino prostitute with sass, longs for a friend. This fiery youth latches on to Darleena but does not get the reactions she would like and retaliates. 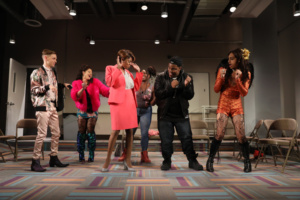 The cast is terrific with outstanding performances by all. All of the actors are played by people whose gender identities matched the roles and they are amazing. I especially loved the winsome JoJo Brown, but of course, this is Ms. Caldwell’s show.

I have loved Will Davis’s work since Men on Boats. Since he identifies as transgender, he is the perfect director for the piece. His work is magical, and as always, creative.

Dawkins language fits the tone of each character and there is a believability to the whole show. He teaches us without preaching, something rare these days in theatre. Mama’s message of saying positive things about each other to allow them to acknowledge their own basic goodness is a message we all need to tattoo on our foreheads.

I love the outfits by Oana Botez, especially again the ones for Jonelle and Mama.

Charm has a message for everyone and after all shouldn’t we all be charming?

Suzanna BowlingJanuary 24, 2023
Read More
Scroll for more
Tap
The Elevator Repair Service Measure For Measure Lost in Translation
Time and The Conways or How The Past Always Comes Back To Haunt Us