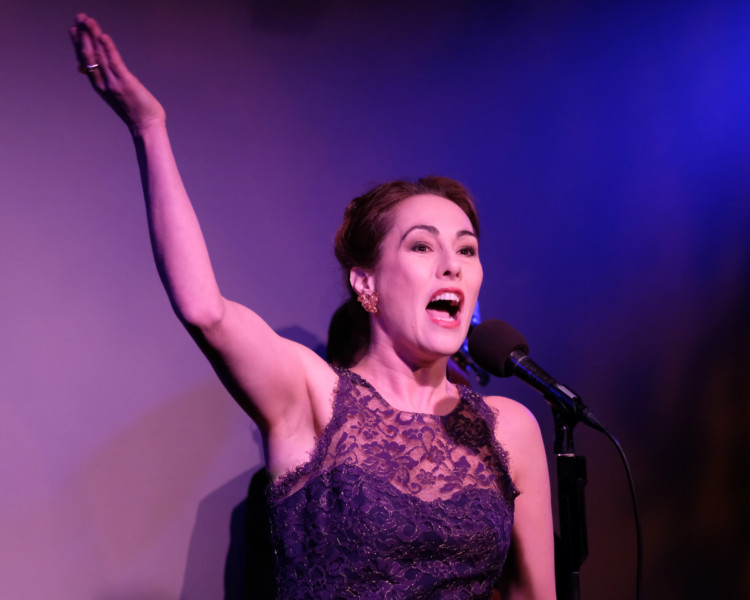 Cheers Darling: A Poignant Look at Then and Now

Cheers Darling: A Poignant Look at Then and Now 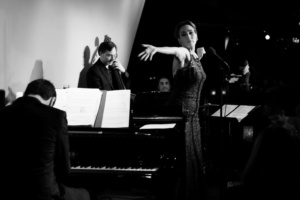 Melinda Hughes’ timely cabaret show, “Cheers Darling!” is a poignantly hilarious look at current affairs, worldwide. A beautiful songstress in her own right, she gives new meaning to traditional tunes. Her smartly crafted songs center around the relationship between the UK and US; the declining British Aristocracy, selfies, Brexit, and Donald Trump’s non-stop tweeting. With her satirical lyrics and a vibrant stage presence, she takes a look at the political climate today, compared with Weimar Berlin. Hughes’ show wows, inspires, and entertains. She is a beacon of light at the Metropolitan Room. 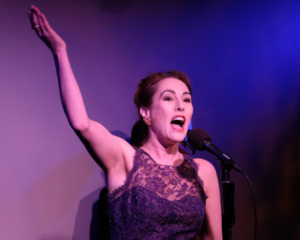 Melinda begins the evening with “This Is My Opening Song,” which she wrote with Jeremy Limb. The number is a delightful spoof on Broadway songs, and pays homage to some of Broadway’s greatest shows. A highlight of the evening was “Tweets in the Night,” also by Hughes and Limb with additional lyrics by Lloyd Evans. Based on “Blues in the Night” by Arlen and Mercer, this twisted rendition glances at Donald Trump’s incessant tweeting. And yes, the subject matter is a bit frightening.

Pulling music from different genres and periods, Hughes sparkles with “Das Lila Lied 1920,” adopting Lady Gaga’s “Born this Way.” She brilliantly takes a look at the parallels between LGBT culture in Weimar Berlin in the 1920’s and LGBT culture in the US today. Closing with her haunting number, “We’ve Been Here Before,” sung in the style of Weimar Berlin, she follows a woman who lives to see history repeat itself.

Hughes, a classically trained vocalist with a gorgeous soprano, is accompanied by an incredible band. The evening is delightful, thought provoking, and an all around a great time. Between numbers, Hughes banter keep the energy alive. A favorite quote is “as one half of the

world dodges bullets, the other half dodges their taxes.” Hughes says it like it is. No fluff. All gusto. I highly recommend this brilliantly crafted show, which ran for two performances at the Metropolitan Room in January. Lets hope Hughes takes a trip back over the pond to share her gifts with us again soon.