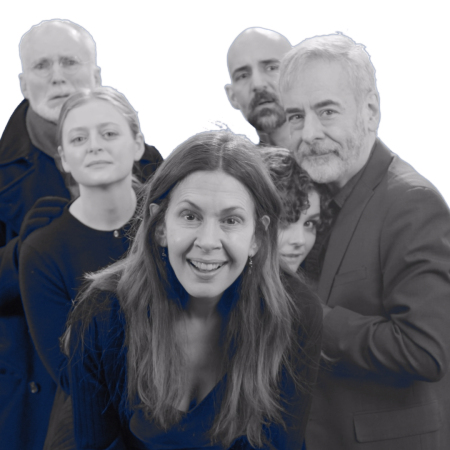 Log on, all creatures, all creatures, and get ready for something completely different and unique. We are now, as told by our host, in the virtual operating system of ChekhofOS, an experimental game from Arlekin Players that plays and fuses theater, film, video game technology, and liver interactivity into something meant to be transformative. From the email messages sent out prior to signing in, this fascinating virtual environment sounds like it could be quite the adventure. It teases out a dynamic that plays with the creation, facilitating audience interaction, a defining feature that usually sends me running, in a way that could unleash and expand our ideas about all those Chekhovian characters that exist and are suspended in a literary universe. In the latest production from (zero-G), Arlekin’s Zero Gravity Virtual Theater Lab, founder and director Igor Golyak, who has been described by the company as a leading innovator of virtual theater, leads the viewers into a secret video landscape, where Chekhov’s characters beg us to “vote the right way,” with hopes that they will finally be released from the cycle they have been trapped in for decades. I can’t say the journey is entirely successful though, leaning more towards a frustratingly muddled and confusing concoction, rather than an enlightening or engaging one, to say the least.

The game is played using all sorts of interactive formulations, some fun, while others start feeling like we all are trapped in another amateur Zoom meeting with microphone disfunction at the forefront. This isn’t how it should roll, but somewhere in this multi-media interactive theatrical experience, produced by Igor Golyak and Sara Stackhouse of Arlekin’s Zero Gravity (zero-G) Virtual Theater Lab, the effect trips itself up, trying its hardest to feel inspired, not only by Anton Chekhov’s The Cherry Orchard, which I guess is a foregone conclusion, but also with Chekhov’s letters and dreams. The fracturing happens in between the white lines, when the clumsiness of the out-of-this-world structure stumbles and the letters and dream section flys strong, heady, and high, heightened by the magnificent Mikhail Baryshnikov (Baryshnikov Arts Center Founder and Artistic Director)making a special much-needed appearance as Anton Chekhov himself. Those wandering recordings, even when lost in their own meaning, add a weight and a fullness of flavor that doesn’t exist in the muddled “virtual operating system.” In that white computer generated spacecraft at the center of this abstract formulation, our host, Natasha Prozorov, portrayed by Darya Denisova (Arlekin’s The Stone), attempts to lead us through with grace and flavor, but it becomes pretty clear that the way forward has already been paved by hopelessness. Very Chekhovian, if you ask me, but only if the intellectual structure had been more wisely constructed.

“Trapped and suffering” inside Chekhov’s worldview, his psyche, and this somewhat slick “operating system,” the playwright’s themes of unhappiness, boredom, despair, and humor are brought forth for examination against a backdrop of virtual cherry tree blossoms hanging in the air and scattered on the ground. The black and white imagery of these Cherry Orchard settings are both sensual and abstract, creating a drama in the alterations that ignites our imagination. They pull us in, giving us some hope, mainly because of the illustrious performances within, particularly of the always fascinating Jessica Hecht (LCT’s Admissions) as the iconic Ranevskaya; as well as Anna Baryshnikov(Apple TV+’s “Dickinson“) as Varya; Anna Bortnick (Moonbox’s Parade) as Charlotta, Jeffrey Hayenga(Broadway’s The Elephant Man) as Fiers; Melanie Moore(NYCC’s A Chorus Line) as Anya; Mark Nelson (Broadway’s Angels in America) as Gaev; and Nael Nacer(Underground Railway’s Constellations) as Lopakhin. Their creations bring a strong sensibility to the interpersonal dynamics, while sadly, also disconnecting us from further detailed examination. There is something in that vantage point that is compelling, but we keep getting pulled out by the gaming of the operating system.

We are told that the characters are searching for and needing happiness alongside escape from their Chekhovian loop, with the question, “Will the characters be trapped once again in their beautiful, broken world as it devolves to game over?” begging to be answered and unpacked by all of us in this virtual construct. The concept intrigues, but somewhere in the mixing of theater, film and gaming, the effort to give us meaningful agency ends up feeling like the true illusion and deception inserted in the program. We are told that we must interact and vote for a better outcome, but the piece seems to have its conclusion sewn up before we even dial in. “I don’t understand..how you would make this choice?” we are asked in utter bewilderment, but the random dream selections at the core, the very meat of the experience, seems to be already predetermined, leading to a fracturing of any understanding and interactivity. The final few played-out scenes are deliciously tender and meaningful, thanks to that Cherry picked Orchard cast, but the overall orchestration fails to move or inspire, leaving me wondering naively, “I never thought you would be perfect,” but I did not expect this level of unhappiness.

chekhovOS /an experimental game/ was developed and filmed, in part, at Baryshnikov Arts Center in January, 2021 with strict adherence to COVID health and safety protocols. Conceived and directed by Golyak, chekhovOS /an experimental game/ has virtual performance technical direction by Vladimir Gusev, game engine & interaction design by Will Brierly of Snowrunner Productions using his platform, “The Soft Layer”, narrative by Tom Abernathy, virtual set and environment design by Anna Fedorova, web development by Anatoly Krivonos, music composition by Jakov Jakoulov, and properties by Irina Vilenchik. The show runs on over 10 pieces of software and is powered by Aximmetry, the official software provided for Zero Gravity.