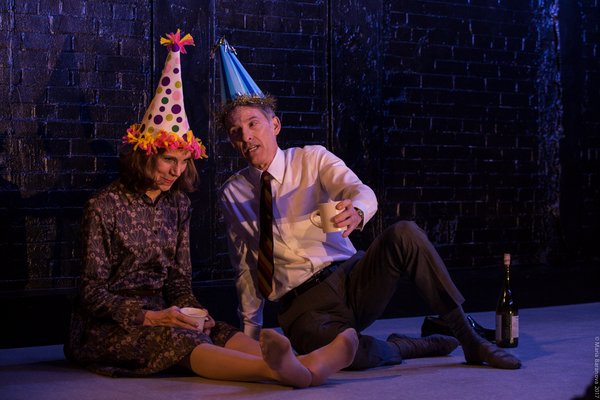 Chess Match No. 5 If This is Art Count Me Out!

Chess Match No. 5 If This is Art Count Me Out! 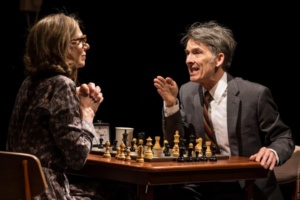 In attending Anne Bogart’s new play Chess Match No. 5, I didn’t quite know what I was getting into. Based on John Cages’s words, I have never heard such pretentious, drivel in all my life. It started when Will Bond walked onto the stage, turned on a radio speaking Spanish numerals, smiled and glared at the audience for what seemed like 15 minutes. He then makes coffee and toast, while spouting psychological rhetoric. All I could think of was I am trapped in hell with an adult Mr. Rodgers in a nightmare for 90 minutes. I didn’t like Mr. Rodgers as a kid and I sure as hell don’t like him now. The Ellen Lauren enters and spouts inane jokes and we get more absurdist talk on how all sound is art. Loud noises interspersed with vapid conversation, all while playing chess, and I need aspirin, because I now have a headache. I can’t see how much time has passed because my phone is at the bottom of my purse, but I can see the lights from other audience member’s phones who want out of there just as badly as I do. Some Ginger Rodgers and Fred Astaire dance moves at least stop the drivel coming out of their mouths, but why they are dancing I have no idea. What this play is about I have no idea. 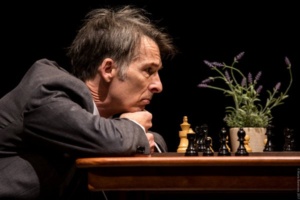 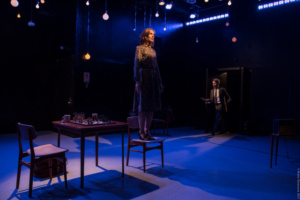 As for the direction and conception by Ms. Bogart, I hope to never see anything like this again. It was the most tortuous 90 minutes of theatre I have ever spent as a critic. If I could have walked out, I would have done so. Unfortunately I don’t do that.

The moment of dance I talked about, was actually choreography by Barney O’Hanlon. Seriously five steps took a choreographer? The sound design by Tony Award winner Darron L West, I am sure was what was asked for, but I left the theatre with a pounding head.

If I thought I was annoyed, I met this wonderful couple at the bus stop that are Abingdon subscribers. They see theatre a great deal and were just as disgusted as I was. They are planning on writing the theatre, to ask how this was even produced. Unless you like abstract, inane theatre this is a must skip. I wish to God I had.

RossMay 3, 2021
Read More
Scroll for more
Tap
The Wizard of Oz: A Fresh Experience for All Ages
Who Would Be King: Challenging and Entertaining