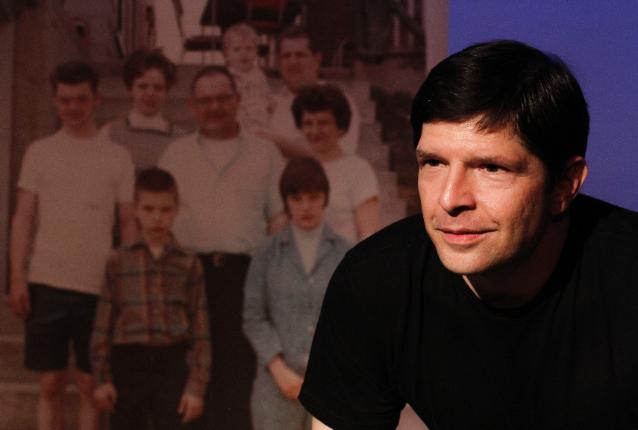 Child Abuse and Adoption Get Help At APAP

Child Abuse and Adoption Get Help At APAP

Suzanna Bowling
JMTC Theatre will present their award winning, hit solo shows, Spitting In The Face Of The Devil and The Good Adoptee in repertory as part of the Association of Performing Arts Professionals (APAP) annual conference in New York City running from January 13th thru 21st. After successfully touring both shows all over the US and Canada, JMTC brings them back home to NYC for eight intimate performances at The Bridge @ Shetler Studios. JMTC Theatre is honored to be partnering with Access Connecticut, an adoptee rights advocacy organization and Safe Horizon, the largest non-profit victim services agency in the U.S. for these performances. 100% of ticket sales for both shows will benefit these two important non-profit organizations. 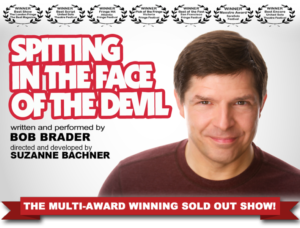 Hailed by critics as “brilliant”, “masterful” and “unforgettable”, Spitting In The Face Of The Devil is monologist Bob Brader’s gripping true story of discovering of that his abusive and charismatic father is a pedophile. A powerful tale of personal survival and triumph that pertains to today’s focus on sexual predators, Spitting In The Face Of The Devil is a 7-Time Best of Fest Award Winner, including “Best Show” of the London Fringe Festival and “Best Script” and “Best Encore” at NYC’s United Solo Theatre Festival. Brader’s daring, uplifting, often comedic play has garnered acclaim at the New York International, San Francisco, Orlando International, Victoria and Montreal Fringe Festivals and will soon travel to Los Angeles as part of Whitefire Theatre’s Solofest 2018. The show is written and performed by Bob Brader and directed and developed by Suzanne Bachner with lighting design by Cory Pattak. 100% of ticket sales for these shows will go to Safe Horizon. Learn more at safehorizon.org. 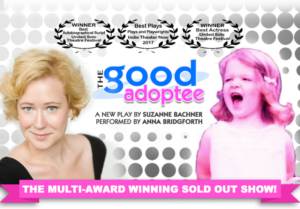 The Good Adoptee is the riveting and and outrageous true story of Suzanne Bachner’s search for her birth parents as she confronts the uncooperative and often arrogant bureaucracy that guards New York States’s sealed records. Once opening Pandora’s Box, can she integrate her dual identities and still remain “the Good Adoptee”? The show has won awards for “Best Autobiographical Script” and “Best Actress” when it premiered at NYC’s United Solo Theatre Festival. It was named a Best Play by Indie Theater Now and is included in ITN’s Plays and Playwrights 2017 Anthology. The show has been performed at the London Fringe Festival and all over the U.S. including a 7-week 9-city Connecticut tour to support the vital legislative efforts of Access Connecticut. The Good Adoptee is written and directed by Suzanne Bachner, performed by Anna Bridgeforth and dramaturged by Bob Brader with lighting and sound design by Katie Chai. 100% of the ticket sales for these shows will go to Access Connecticut. For further information about Access Connecticut go to www.accessconnecticut.org.
JMTC Theatre is an an award-winning, artist-driven theatre company committed to creating powerful, visceral theatrical experiences that are provocative and transformative. By partnering with national and international non-profit organizations, JMTC combines art and advocacy to raise funds and awareness. Founded in London by Patrick Hillan in 1994, JMTC Theatre is based in NYC and has produced over 50 productions in New York City including Suzanne Bachner’s Off Broadway hit Circle, Thom Fudal’s daring production of Othello starring Patrick Hillan and Geoffrey Owens and Bob Brader’s acclaimed solo show Smoker. JMTC is the winner of 4 OOBR Awards, 14 Best in Fest Awards and Spirit of the Fringe from the London Fringe.
Spitting In The Face Of The Devil and The Good Adoptee in repertory at The Bridge @ Shetler Studios (244 West 54th Street, 12th Floor, bet. Broadway and 8th Avenue). Spitting In The Face Of The Devil opens on Sunday, January 14th at 2PM and runs Tues. January 16 at 7PM, Fri. January 19 at 7PM and Sat. January 20 at 7PM. The Good Adoptee opens on Saturday, January 13 and runs Wed. January 17 at 7PM, Sat. January 20 at  7PM and Sun. January 21 at2PM. The run time for both shows is 80 minutes. Tickets are $25 at Eventbrite.com.
Spitting In The Face Of The Devil: www.tinyurl.com/safehorizonbenefit.
The Good Adoptee: www.tinyurl.com/accessctbenefit. For further information go to www.JMTCTheatre.com.
Related ItemsAPAPAssociation of Performing Arts Professionalschild abuseJMTC TheatreNewpedophileSafe HorizonSpitting In The Face Of The DevilThe Good Adoptee
Off Broadway