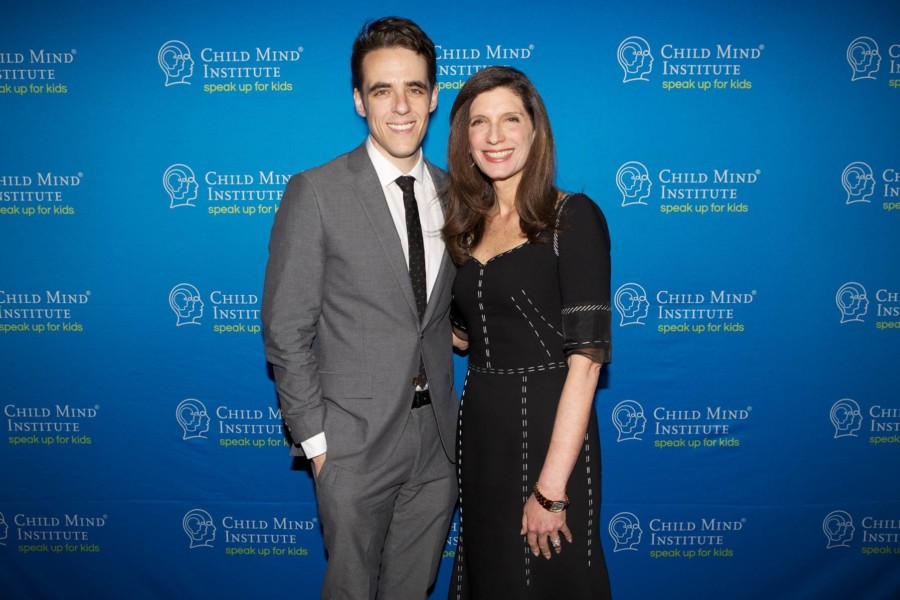 As a part of its annual Speak Up for Kids campaign, the Child Mind Institute’s 3rd annual Change Maker Awards honored several individuals and organizations that are making positive change in children’s mental health and raising awareness of the need for early intervention to help kids lead healthy lives. More than 17.1 million children in the U.S. struggle with mental health and learning disorders. Fewer than half get the help they need, but these honorees are working to change that.

“The Child Mind Institute is proud to honor the important work that these individuals and organizations are doing,” said Child Mind Institute Founding President Harold Koplewicz, MD. “Each of our honorees is changing the way we think about and treat mental health and learning disorders.”

Awards were presented to the following individuals and organizations:

Former-Congressman Patrick J. Kennedy served 16 years in the U.S. House of Representatives and is predominantly known as the author and lead sponsor of the Mental Health Parity & Addiction Equity Act of 2008, which provides tens of millions of Americans who were previously denied care with access to mental health treatment. Now, Congressman Kennedy is the co-founder of One Mind for Research, a newly formed national coalition that is seeking new treatments and cures for neurologic and psychiatric diseases of the brain that afflict one in every three Americans.

Both deeply personal and profoundly contemporary, Dear Evan Hansen is a new American musical about life and the way we live it. Recently nominated for 9 Tony Awards, it shows the reality of dealing with a mental health disorder and does a tremendous amount to lift the stigma surrounding these disorders.

Lori Rothman has aided thousands of families with special needs children during a career spanning over 40 years. She motivates children who are struggling with sensory processing, neurodevelopmental and physical challenges.

As part of the evening, the Child Mind Institute hosted, with award winning journalist Katie Couric as emcee, its first fundraising event on Facebook Live and Donate where people could donate to the organization directly on Facebook.

The Change Maker Awards are part of the Child Mind Institute’s annual signature public education campaign, Speak Up for Kids, held each May to promote children’s mental health. In its seventh year, the Speak Up for Kids campaign celebrates people making change in children’s mental health and provides accurate information to the media, families, educators and leaders that empowers them to speak up for kids.

As part of Speak up for Kids, the Child Mind Institute recently launched its first-ever #MyYoungerSelf social media campaign, bringing together nearly three dozen actors, professional athletes, fashion designers, authors, politicians, advocates and other influencers who will share personal videos about growing up with a mental health or learning disorder and the advice they would give their younger selves about how to persevere. By speaking out, they will eradicate stigma and show children still struggling that there is a brighter future ahead.

Every day in May, Mental Health Awareness Month, a new, homemade video and childhood photo of a celebrity, including Academy Award winner Emma Stone, Olympian Michael Phelps, actors Jesse Eisenberg, Lena Dunham, Mark Ruffalo and David Cross, director/producer Brian Grazer and fashion designer Tommy Hilfiger, will be revealed on the Child Mind Institute’s social media channels and web site (https://SpeakUpForKids.org/splash/). Everyone can get involved by liking and sharing the celebrity videos, accessing resources and sharing their own #MyYoungerSelf stories.

Hunter has been a founding partner of the Speak Up for Kids campaign since its inception in 2010. As part of its support this year, Hunter will match all donations generated through email outreach during the month of May, doubling the impact of financial support for this public awareness campaign. Hunter will also support outreach efforts to increase visibility through email and social media channels.

The Child Mind Institute is an independent, national nonprofit dedicated to transforming the lives of children and families struggling with mental health and learning disorders. Our teams work every day to deliver the highest standards of care, advance the science of the developing brain, and empower parents, professionals and policymakers to support children when and where they need it most. Together with our supporters, we’re helping children reach their full potential in school and in life. We share all of our resources freely and do not accept any funding from the pharmaceutical industry. Learn more at childmind.org.

Bloomingdale’s is America’s only nationwide, full-line, upscale department store and a division of Macy’s, Inc. It was founded in 1872 and currently operates 38 Bloomingdale’s stores and 17 Bloomingdale’s, The Outlet Stores, in California, Florida, Georgia, Hawaii, Illinois, Maryland, Massachusetts, New Hampshire, New Jersey, New York, Pennsylvania, Texas, and Virginia. In addition, Bloomingdale’s has an international presence with a location in Dubai. Be sure to follow @bloomingdales on social media, become a Loyallist, and for more information, or to shop any time, visit www.bloomingdales.com.

About Hunter
Founded in 1856, Hunter is a progressive British heritage brand renowned for its iconic Original boot and holds two Royal Warrants of Appointment to HM The Queen and HRH The Duke of Edinburgh. The brand has a rich history of innovation and continues to be worn on the festival fields, the city streets, as well as challenging outdoor landscapes.