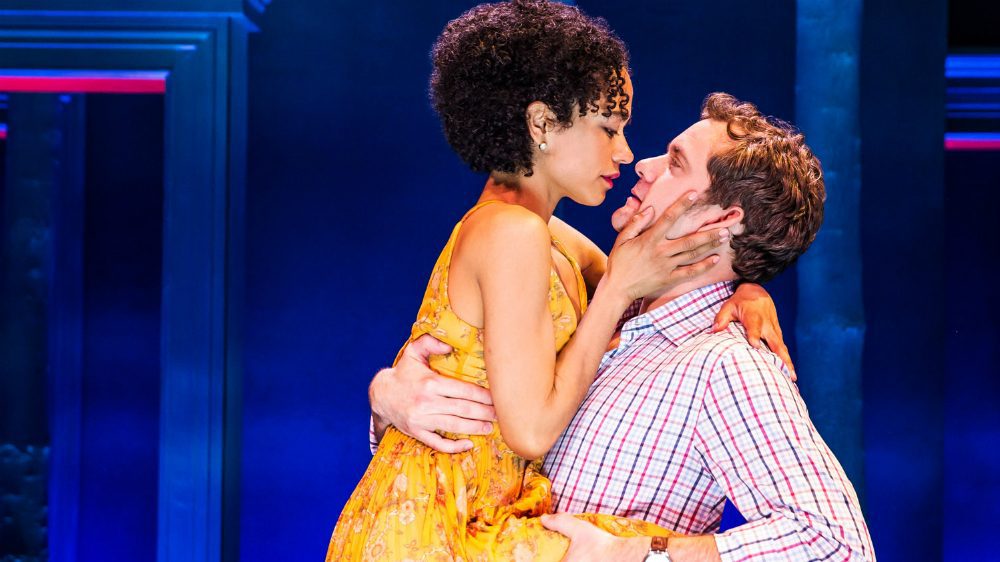 Children of a Lesser God Explores the Sounds of Silence

Children of a Lesser God Explores the Sounds of Silence 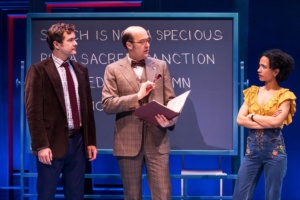 In watching Mark Medoff’s Children of a Lesser God, you are struck at how inappropriate James Leeds’s (Joshua Jackson) pursuit of Sarah Norman (Lauren Ridloff) is. As the play progresses, the chemistry between the two makes you root for this unlikely couple. After the second act, you know it is really about the rights of deaf people. In this drama, the deaf community perceives the learning community as seeing deafness as a flaw. What this production shows is deafness is not the flaw. In order for relationships to work, we all must give and take, that is what makes a relationship. Here, it seems that only James is giving, and Sarah expects him to read her mind. 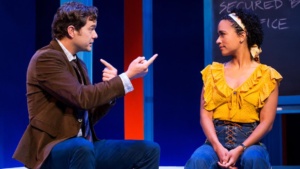 Sarah lives in a world of silence filled with no sound and is quite content in that world. She is petite and graceful as her fingers sign her language as if in a pas de deux. However, the immense chip on her shoulder keeps her world contained. When she meets speech therapist James Leeds, she sparks in Leads a romance that defies their circumstances. Sarah refuses to speak, having an aversion to learning anything she does not feel good doing. The deaf school’s headmaster, Mr. Franklin (Anthony Edwards), is insistent that she take this class with Leads. Though prickly, Leads is drawn to Sarah like a moth to a flame. He sends her notes, banters with her, takes her to dinner, and climbs a tree into her room. Basically, he’s stalking her. He even goes to her mother (Kecia Lewis) to get more information. When Sarah does communicate, she tells him about her promiscuity and how sleeping with men was a communication that she felt she had control over. She confesses most did not even buy her a coke or speak to her, but she was ok with that. As a matter of fact, she slept with the speech therapist before Leeds, which is why he is no longer there. Leads eventually wins her over. 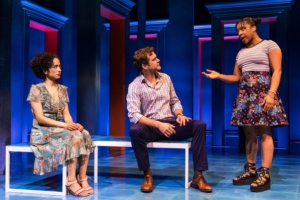 The two marry, but that is when the conflicts arise. Lydia (Treshelle Edmond) fancies James as a lover, which brings out the jealousy in Sarah. Orin (John McGinty) wants Sarah all to himself, so he antagonizes James. Orin wants to lead a political revolution against the hearing world, which starts with deaf teachers teaching the deaf. He hires Edna Klein (Julie Cerda) to represent them and expects Sarah to stand by his side. Sarah wants her own voice to be heard, but James knows that the hearing world will not hear. He tries to soften the blow for Sarah. When she finds out, she freaks out. In an argument, James blurts out the truth and Sarah walks out. A desolate James seeks to get Sarah back and dreams of a reconciliation. 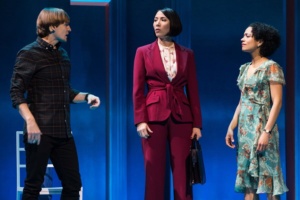 Ms. Ridloff’s performance is wonderfully done, but the role is written so that most women will see her as an unforgiving, spoiled brat. Though their relationship starts off as inappropriate, the two do fall head over heels in love and are still in love in the end, yet her pride stops her from being with James. When James tells her about his family life, it is James our hearts break over. He is constantly finding ways to make her feel loved and yet she is self-serving. In the end, it is not her deafness that is her disability. Mr. Jackson signs brilliantly thanks to Alexandria Wailes’s sign language coaching. He brings those movements to fluidity. His understated performance is riveting. Mr. Edwards does well, as does Ms. Lewis and Ms. Edmond. I would have like to have seen more layers in Mr. McGinty’s performance of Orin, but that may just be the role. 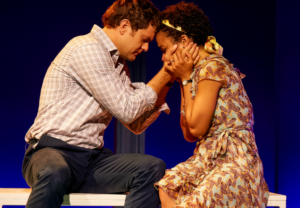 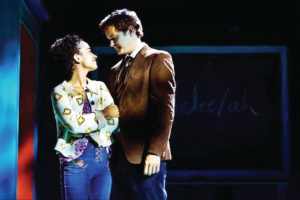 This was my first time seeing this award-winning play and in the “PC” correct world we live in, this play makes zero sense. I understand we may not like having to compromise, but isn’t that part of life? What doesn’t work in this play is that either we are handicapped, or we aren’t, but you can’t have it both ways. Sometimes being handicapped isn’t in the obvious way.

Suzanna BowlingFebruary 1, 2023
Read More
Scroll for more
Tap
She Says: Mean Girls Just Could be a Cult Phenom
Carousel in the New Millennium