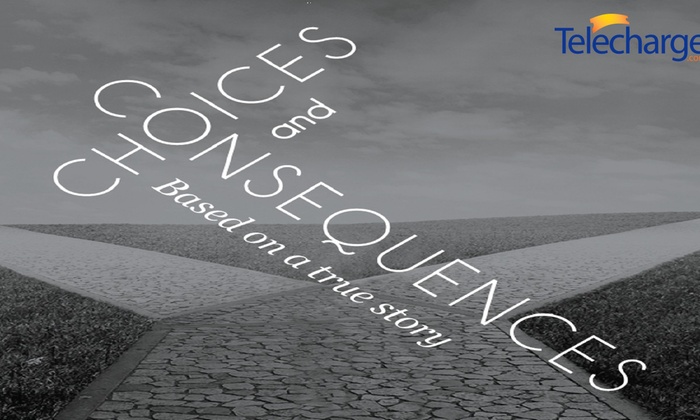 Choices & Consequences: The Rantings of a Scorned Preacher

Choices & Consequences: The Rantings of a Scorned Preacher 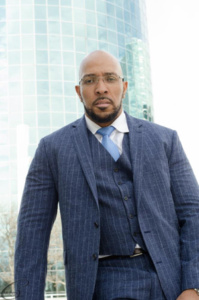 MOC Entertainment’s Choices & Consequences, at Theatre at St. Luke’s, belongs in a church basement, not Off Broadway. Written and directed by Marlon Orlando Cole, an investment advisor and ordained minister, this amateurish production seems more of a therapy session than a play. 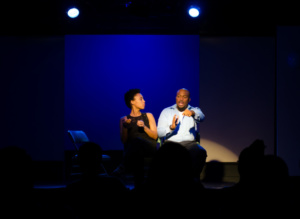 The company has billing this as a candid new play (based on a true story) about the complexities that arise when one African American couple’s solid relationship encounters the issue of male infertility. The truth is, this is more about infidelity and the dissolution of a marriage.

As the writing is disjointed, we must rely on the running narrative by Chris Carlock, to fill in the blanks. Though Mr. Carlock has a pleasing tone he under-projects, and we lose half of what he says. Also, he has a tendency to trail off at the end of sentences.

We follow the marriage of Dexter (N’fa D’Jba Thomas), a Wall Street broker with anger management issues, and his lawyer wife Angela (Charese Annel). The insufferable holier than thou Dexter is obviously based on Mr. Cole. Angela has been taking hormone treatments for over a year, desperate for a child. They travel to Jamaica where they meet Clinton Winston Barrington III (Swavian Loney) who gets the couple locked up for doing ganga. Back in the states, the couple see a fertility doctor who decides to have Dexter tested. Why nobody thought of this during the year Angela had to undergo painful treatments is never explained. Turns out, Dexter’s swimmers are the problem. Dexter becomes depressed as his self-image as a strong black man begins to fade. This pushes Angela into the arms of a gym instructor, who makes her pregnant. At first, Angela lies, telling her husband that it’s his child; but when he learns the truth the marriage is ended.

Both Ms. Annel and Mr. Thomas may be fine actors, but they constantly break character because Mr. Loney has cracked them up. This I attribute to the inept direction by Mr. Cole. Iliana Paris, Thomas Duverne and L.K., the actors who play all the other roles, have a few good moments, but not one of these actors stays in these moments.

As a director, Mr. Cole should have reined his actors in. As a playwright, his play is very preachy. Man of God that he is, it is amazing how since they both wanted a child, the lead character could not have forgiven his wife. He states he loved her and that she was his soul mate; yet Jesus taught forgiveness but Dexter could not forgive his wife. Mr. Cole even makes sure we know he ended up being able to have a child in the program.

If you choose to see this play, your consequences will be a painful evening of bad theatre.