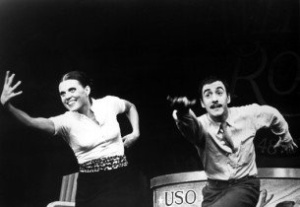 Born October 26, 1942, in New York City; John Mineo was in both the original Off-Broadway and Broadway productions of A Chorus Line. Sadly he passed away last night, at the age of 74. 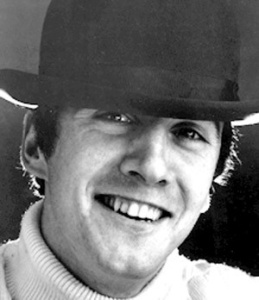 Dancing most of his life he made his Broadway debut as Baby John, in West Side Story at the Winter Garden, 1960. He went onto productions of Bye Bye Birdie, Henry Sweet Henry, George M, The Rothchilds, Lolita, On the Town (revival), Sugar, Pippin, Lorelei, Over Here, A Chorus Line, Dancin’, One Night Stand and Zorba (revival). 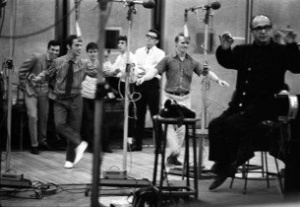 Mineo was in ensemble in the original production of Hello, Dolly! in 1964 at the St. James Theatre. He took took over the role of Barnaby a year later. Mineo’s most recent role on Broaday was in the current revival of Chicago as understudy for Amos Lee. 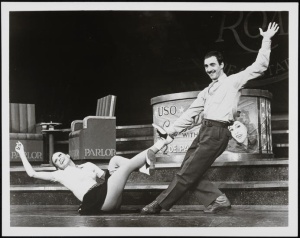 He went on to choreographer for Broadway productions of Barnum, George M!, Lorelei, Sugar, Over Here, as well as ballet companies. A Fosse dancer, Mineo was a staple on Broadway.

On TV Mineo was on the Ed Sullivan Show and graced every variety show of the day.

He was married to Katherine Hull Mineo, a Broadway dancer who he met in Henry Sweet Henry and was in Hello, Dolly! with him. The had a daughter Bremen Savino, they later divorced. 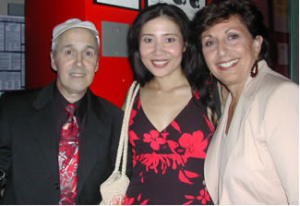 John Mineo and his wife Kyo

In addition to being a performer, Mineo was one of the founding members of “Dancer Over 40.” He directed and choreographed numerous productions in Japan, where he met his wife Kyo. The couple have a son named Aren. He is also survived by his daughter Bremen Savino.

Suzanna BowlingMay 18, 2022
Read More
Scroll for more
Tap
Party People A Mini Hamilton For The Black Panthers And The Young Lords
Aisle Say On The Square: The Tolstoy Tuner