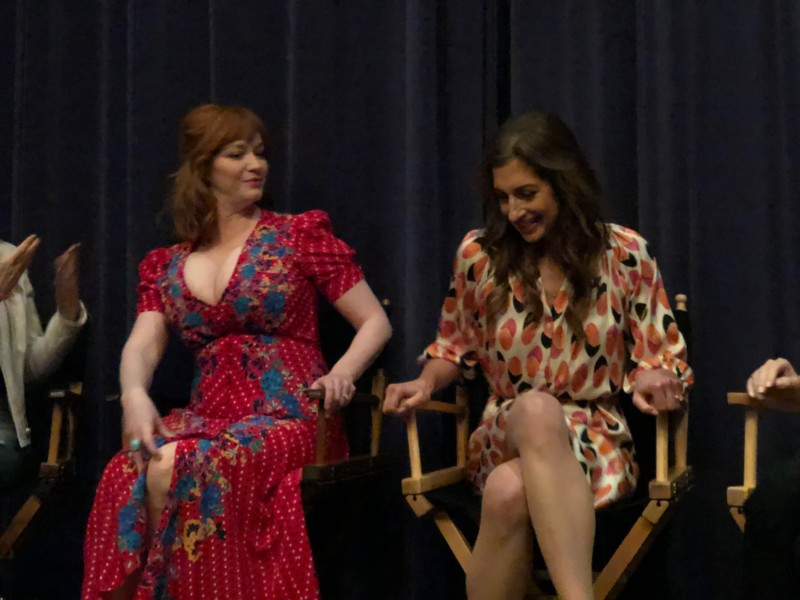 Christina Hendricks and Alysia Reiner With The Moms and EGG: Part 1

Christina Hendricks and Alysia Reiner With The Moms and EGG: Part 1 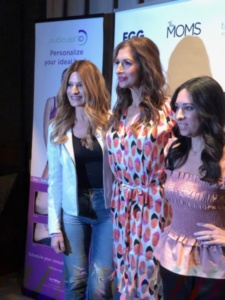 Christina Hendricks  is best known for playing Joan Holloway on Mad Men – a role which earned her six Emmy nominations. She is currently in Good Girls. 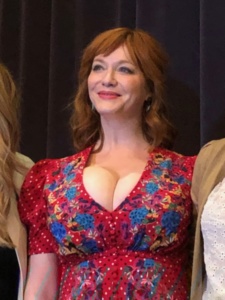 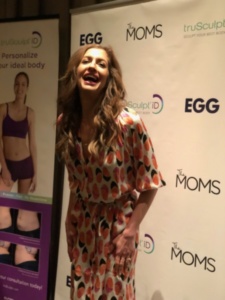 Alysia Reiner stars on Orange Is the New Black.

In Egg, written by newcomer Risa Mickenberg, gives an explanation how the act of a woman defying gender norms can destroy relationships but also save the self. Tina (Alysia Reiner ), is a conceptual artist working through her ambivalent or hostile feelings toward motherhood in a new series she has been commissioned for. She and her husband Wayne (Gbenga Akinnagbe, The Deuce) prepare for the arrival of Tina’s best friend Karen (Christina Hendricks) and Karen’s husband Don (David Alan Basche, The Exes). The use of “best friend” is rather odd as we find out Tina hasn’t seen Karen since their wedding and their relationship teeters between antagonism and a deep connection. From the moment Karen arrives Tina states things like “how gigantic Karen has gotten”, which makes Karen  uneasy. Tina has chosen a less traditional path. Time and Wayne are also expecting a child, only a surrogate. 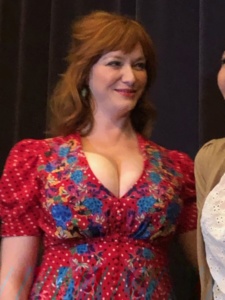 As Wayne dotes on Karen, Time becomes more antagonistic. When the men have leave to pick up the surrogate, we see the true friendship between Tina and Karen. We learn Karen has anxieties that her husband is cheating. of her own. Choosing to have children or not have children becomes a form of survival.

There is truth in this story, but I honestly do not think it shows humanity in a good light. We betray, we lie to ourselves and others, we hurt, we damage and we have not evolved. Our society has become more in favor of the Me instead of the We. Does the film open up conversation …….yes, which makes it a good film and the acting is superb. 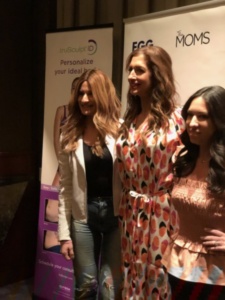 What makes The Moms and their following so special is that they promote community and the We. Bravo Moms for a terrific organization.