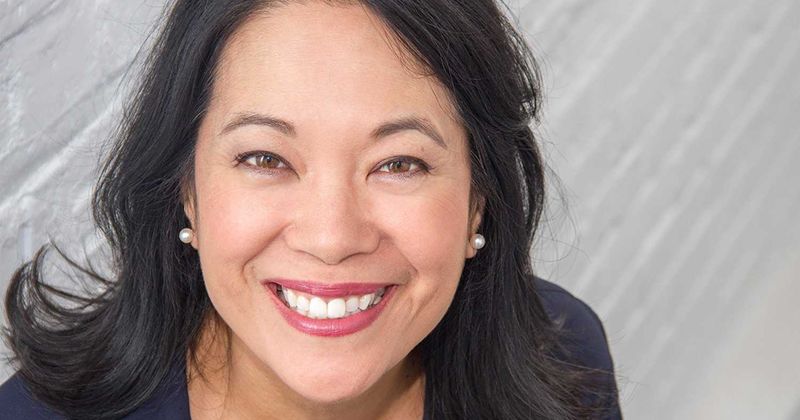 Abingdon Theatre Company (Chad Austin, Artistic Director) is pleased to announce the winner of its inaugural Virtual Fall Festival of Short Plays, part of the company’s recommitment of creating opportunities for all voices to be heard. The jury panel made up of Roberto Araujo, Rashad V. Chambers, Deidre Goodwin, L Morgan Lee, Jaime Lozano, Mauricio Martinez and Juan Villa selected Christine Toy Johnson and her piece “Empress Mei Li Lotus Blossom” as the winner. It enjoyed its premiere on October 21st, specifically adapted for Zoom and was directed by Ms. Johnson, featuring wonderful performances from Rin Allen, Deborah Lew and Rebecca Hirota. The 2-week festival which ran from October 19 – October 30 was a tremendous success reaching over 2,000 people via YouTube.

Ms. Johnson will receive a stipend to be used to support further exploration of her piece and ATC has committed to producing the winning piece as part of their “Around the Table” free reading series when live theater is possible again. She will also be invited to become an “Artist-in-Residence” for Abingdon’s 29th Season. Christine joins “The Carolyn Halpert Artist in Residence” program which aims to nurture emerging artists and new work offering them mentorship and the opportunity to continue further exploration of their work. They will follow this year’s amazing artists, the 28th Season Residents, Krystle N. Adams and Jenn Susi.

“I am so thrilled that Christine was selected as the winner for our inaugural festival,” states Chad Austin, ATC Artistic Director. “Her piece is so timely and opens a great discussion about the world we currently live in. I am also delighted to have Jenn and Krystle join our team at Abingdon, as they both have important voices that need to be heard. I know they will be a great addition to our company.”

In other news, Abingdon is delighted to have welcomed a new Board Member, Olivier Award Winning Producer, Merrie L Davis. Merrie’s producing career began with Gigi, the Musical and she has since become an Olivier Award-winning producer for Company – West End (Winner of 4 Olivier Awards including Best Musical Revival 2019) and Tony nominated Producer for Eclipsed (6 Tony nominations, 2016). She is currently a Producer on Company, Broadway.

Since coming into the New York theater world, Merrie has been investing in and raising money for shows such as, Dear Evan Hansen, To Kill a Mockingbird, Hello, Dolly!, The Band’s Visit and Network, among others. In addition to producing, she is an Out-of-the Box Marketer who founded Next Act 2 Follow, a producing & marketing company, utilizing her unique marketing skills and introducing inventive ideas to the Broadway scene for shows including, Allegiance and 39 Steps. Currently, Merrie is on the Board of Theatre Resources Unlimited (TRU) and The Broadway Association, and is still delighted that she took the giant leap into an industry that she has always loved!

Christine Toy Johnson is an award-winning writer, actor, director and advocate for inclusion. Her written works have been produced and/or developed by the Roundabout, Village Theatre, Barrow Group, Prospect Theatre, Weston Playhouse, O’Neill, Women’s Theatre Festival, CAP 21, Greater Boston Stage Company, the Abingdon Theatre Company and more and are included in the Library of Congress’s Asian Pacific American Performing Arts Collection (Playwrights Division). She is an alum of the BMI Musical Theatre Writing Workshop, was a 2016 fellow of The Writers Lab (supported by Meryl Streep, Nicole Kidman and Oprah Winfrey), serves on the Council of the Dramatists Guild and is host of the Guild’s podcast “Talkback” on Broadway Podcast Network. As an actor, Christine has appeared extensively on Broadway, Off-Broadway, in regional theatres across the country and nearly 100 television and film appearances including recurring guest star roles on Marvel’s “Iron Fist,” “The Americans.” “You,” “Law and Order: SVU” and more. She is on “extended intermission” from the North American tour of Come From Away. Rosetta LeNoire, JACL, Asian American Arts Alliance, Obie awards for advocacy in diversity and inclusion. For details, please visit www.christinetoyjohnson.com

Krystle N. Adams is an actress and playwright born and raised in Brooklyn, New York. Her passion for the arts started at the age of five. She started telling stories to her cousins at age 12. Beginning her formal training in theatre and musical theatre at the Professional Performing Arts School (PPAS), Krystle then attended Eastern University. After leaving Eastern, she continued studying musical theatre at the American Musical and Dramatic Academy (AMDA). Five years after AMDA, Krystle took a scene study class with Alex Neil where she started writing. Eleven years later, she is still finding stories to write about! Krystle is a member of the Playwright/Directing Unit (PDU) at the Actors Studio where she has had staged readings of her plays Tarnished Opal and Conversations of Inconvenience. She is an active participant in Suzan Lori Parks’ Watch Me Work at the Public Theatre. She considers Suzan Lori Parks to be her writing mentor. As an actress, Krystle has performed in numerous productions including Hairspray (Motormouth Maybelle), Gypsy(Tessa Tura), The Dining Room (3rd Actress), Or Current Resident (Jill Finch), Fame! (Mabel Washington) and West Side Story (Anita). You can also see her on her YouTube web series “Brooklyn Baby,” Jersey Maybe and “The Uncomfortable Conversation Inc. “I am beyond thrilled to be a part of the Abingdon family and cannot wait to see what stories unfold. As a storyteller, my hope is to tell universal stories that provoke the mind, stir the heart and unify through it all.”

Jenn Susi is a NYC based director and arts educator born and raised in the Bronx! Jenn has been directing and developing work all over NYC including Theatre 54, 13th Street Repertory Theatre, Stay True, an LGBTQ+ Theatre Company, and Nuyorican Poets Cafe where she was a “Best of Fest” winner. Jenn is also a member of Lincoln Center Theater Directors Lab. In addition to her professional work, she has had the privilege of directing youth artists in the Bronx as well as developing arts programming in NYC public schools for over a decade. Jenn’s mission has always been to combat the marginalization of casting in the theatre; for everyone to see themselves in her stories no matter race, gender, sexuality, or disability and to reflect the human experience in the most truthful way. In these unprecedented times, Jenn continues to explore new platforms for theatrical storytelling and to create and share art in meaningful ways!

The Abingdon Theatre Company is dedicated to developing and producing brave, new American work by emerging and established artists. The company provides a safe home where playwrights, directors and actors can collaborate within a supportive and nurturing environment. We search for stories about the human experience that reflect our social, political, historical and cultural diversity. We are acutely aware of the theatre’s power to unite disparate population groups through stories about common human interests, and we strive to shed light on a variety of perspectives. In January 1993, a group of five professional theatre artists eager for ongoing collaboration and greater control over their creative lives gathered in a brownstone near New York City’s Abingdon Square Park for a series of bi-weekly readings of new plays. After a few months of informal meetings, enthusiasm swelled and the artists pooled their theatrical experience to establish an open-door home where they could collaborate, invite their colleagues to join the process, and develop new plays. Over twenty-five years later, Abingdon has collaborated with more than 200 playwrights, produced 85 New York and World Premiere plays, presented more than 700 readings, staged 175 ten-minute plays, and commissioned 6 one-act plays.