Christmas In Ireland Starring The Irish Tenors Brings In The Holidays 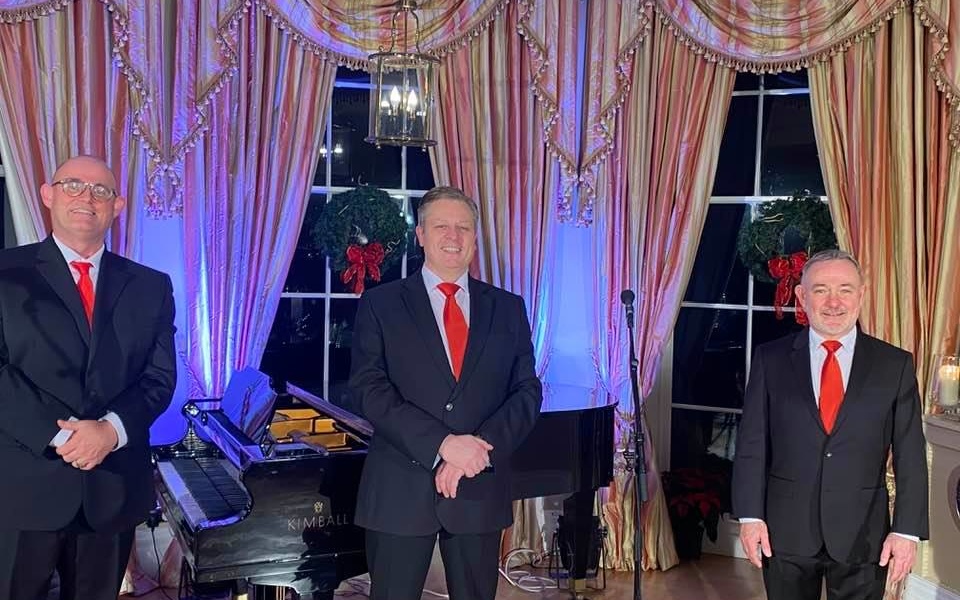 Christmas In Ireland Starring The Irish Tenors Brings In The Holidays

Christmas In Ireland starring The Irish Tenors premiered last night on a virtual feed from Dublin. As a fan of The Irish Tenors who has been to their Christmas shows here in the US for over 20 years, I was a bit apprehensive about going to a show done virtually. I need not have worried. The show was wonderful and the production and camera work showcased though-out the event was well done.

The setting was resplendent with a festive holiday look which made the viewer feel like it was at a small intimate concert.

Usually The Irish Tenors tour have a full orchestra on stage with them.  This was a little different, with Aoife O’Sullivan on Piano, Lynda O’Connor on Violin and Gerald Peregrine on Cello. I found this to be a wonderful way to hear and see a show and showcase the Tenors voices allowing them soar.

The trio opened with a Dublin medley that showcased each Tenor, who excelled by following that up with a solo performance.

It was a delightful way to hear how an idea can take root and become a reality, when The United States Ambassador Edward Crawford came on and told how the shows performance came about.

The Orchestra delighted us with a rendition of “The First Noel,” as the lads came back for a series of Christmas songs.

Before each Tenor did their next solo, each added in an experience to go with the song.

Ronan Tynan told how he always sings ”I’ll Be Home For Christmas “and for the first time in 20 years, he was actually home.

Declan Kelly sang “The Christmas Song” (Chestnuts Roasting on an Open Fire) and said that he had never experienced that bit of Christmas that for us here on the East Coast is a regular part of our Christmas especially in NYC.

Anthony Kearns premiered a new song “Macy’s Window”.  Millions of visitors have seen and been enthralled with the windows each year and it was a bit of nostalgia that we could enjoy this season.

The show ended with a series of Christmas Songs to  brighten up everyone’s spirits in this trying time.

For anyone that missed the first performance….you have two more opportunities to see the show.

December 23 at 3PM to accommodate Irish and European fans

December 27 at 7PM for the United States and Canadian fans.

Tickets are available via showtix4u.com

Suzanna BowlingMay 16, 2022
Read More
Scroll for more
Tap
Tom DeTrinis is Angry, and Doesn’t Like NYC, But I Still Live For Him Making Friends
Help Save The West Bank Cafe