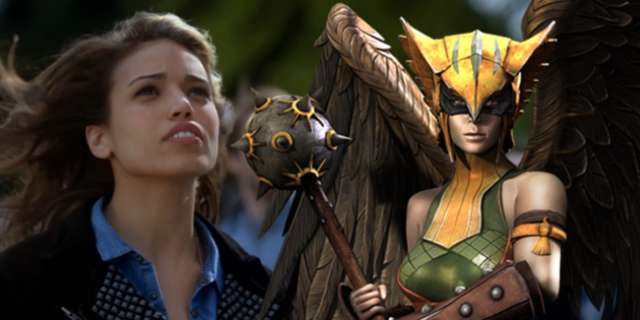 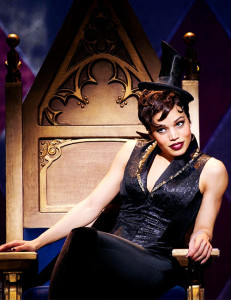 The Keen Company announced today that Ciara Renée will start in Tick, Tick…BOOM!. Ms. Renée starred as The Leading Player in the recent Broadway revival of Pippin. On Broadway and appeared as The Witch in Big Fish. She originated the role of Esmeralda in The Hunchback of Notre Dame at Papermill Playhouse and has been seen in productions of The Wild Party, Sondheim on Sondheim, Dreamgirls, Carousel, and Passing Strange, among others. Most recently TV fans have turned into see her portray the iconic DC Comics superhero Hawkgirl on The CW’s “Legends of Tomorrow.” Ciara Renée joins the previously announced Nick Blaemire in this thrilling work by the late, great Jonathan Larson.  Tick, Tick…BOOM! has book, music and lyrics by Jonathan Larson; David Auburn serves as Script Consultant; Joey Chancey will be Musical Director; Jonathan Silverstein directs, with choreography by Christine O’Grady. Additional casting and design team will be announced shortly. 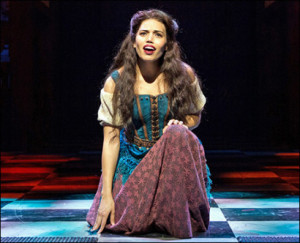 It has also been announced that Tick, Tick…BOOM! will be staged at the larger Acorn Theater with  199-seats at Theater Row in order to accommodate the overwhelming demand.

Before Rent, there was Tick, Tick… BOOM! This autobiographical musical, by the Pulitzer Prize and Tony Award-winning Jonathan Larson, is the story of an aspiring composer questioning his life choices on the eve of his thirtieth birthday. His girlfriend wants to get married and move out of the city, his best friend is making big bucks on Madison Avenue, but Jon is still waiting on tables and trying to write the great American musical. This exhilarating, funny, and moving work by the late Larson will speak to anyone who’s ever gotten lost on their way to finding their dreams. “Larson’s songs thrum with the intense feeling, larky humor, and musical vitality that are the hallmark of enduring theater.

Nick Blaemire recently played the scheming Plankton in the World Premiere of The SpongeBob Musical. Other stage credits include the Broadway productions of Godspell and Cry-Baby (original casts), the Off-Broadway productions of Found (Atlantic), Dogfight (Second Stage), and the 1st National Tour of Altar Boyz. He’s been seen on screen in the Whit Stillman film Damsels in Distress and in recurring roles on TV’s “The Big C,” “Crossbones,” and “The Good Wife.” As a writer, he wrote the one night Broadway sensation Glory Days (with James Gardiner), as well as the musicals A Little More Alive (Kansas City Rep, Barrington Stage), Soon (Signature Theatre) and Fallout (with Kyle Jarrow, in development). He is currently mixing a new EP of original songs. Proud University of Michigan graduate. @nickblaemire

Performances for this limited Off-Broadway engagement of Tick, Tick… BOOM! will begin Tuesday, Oct 4th, and continue through November 20th only, with opening night set for Thursday, October 20th.

Tick, Tick…BOOM performances will be at The Acorn Theatre at Theatre Row (410 West 42nd Street, between 9th and 10th Avenues) and will be Tuesday through Thursday evenings at 7pm; Fridays at 8pm; Saturdays at 2pm & 8pm; and Sunday matinees at 3pm. When It’s You will be at The Clurman Theatre, also at Theatre Row.