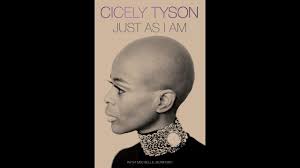 “I’m very selective as I’ve been my whole career about what I do. Unfortunately, I’m not the kind of person who works only for money. It has to have some real substance for me to do it.”

In 2013 legendary award-winning actress Cicely Tyson, won the Tony Award for Best Actress in The Trip To Bountiful. She was 88 years-old and was a luminescent light upon the stage. It was also her first time on Broadway in 30 years. Yesterday Ms. Tyson at 96 joined the heavenly chorus.

Tyson was one of the first black actors to appear regularly on TV playing George C. Scott’s secretary on the series ‘East Side, West Side.’ Her rise to fame began in the early 1970s with Roots.

In 1972 in the film “Sounder” she played a Louisiana sharecropper’s wife and earned her only Academy Award nomination. She received an honorary Oscar in November 2018, for inspired generations of filmmakers, actors and audiences. She also took roles in “The Heart Is a Lonely Hunter,” and “Fried Green Tomatoes,” to name a few.

One of her early stage roles was in The Blacks, an off-Broadway production about race that helped the careers of James Earl Jones, Maya Angelou, Louis Gossett Jr., Godfrey Cambridge and Roscoe Lee Brown. She played on Broadway in nine shows including: Tiger, Tiger Burning Bright, The Corn is Green and The Gin Game.

In her 80s and 90s Tyson’s career bloomed again. At 86, she was part of the ensemble of “The Help” and was due to reprise her role as Miss Luma Lee Langston in the second season of OWN series “Cherish the Day.” She also had a recurring role as Ophelia Harkness in ABC legal drama “How to Get Away with Murder” where she received five Emmy nominations for Outstanding Guest Actress. Her final film was Tyler Perry’s 2020 Netflix thriller, “A Fall from Grace.”

Honors were bestowed in 2016 when she was given the Presidential Medal of Freedom.

Tyson will forever be remembered as the consummate actress, who created strong women’s roles.

Tyson was married to jazz trumpet legend Miles Davis from 1981 through 1988 and Davis, who died in 1991, put her on the cover of his album ‘Sorcerer.’

Tyson’s family announced her death in a statement via her manager Larry Thompson.

Ms Tyson, your girt of storytelling reached through generations and through past race. You were truly a gifted artist!