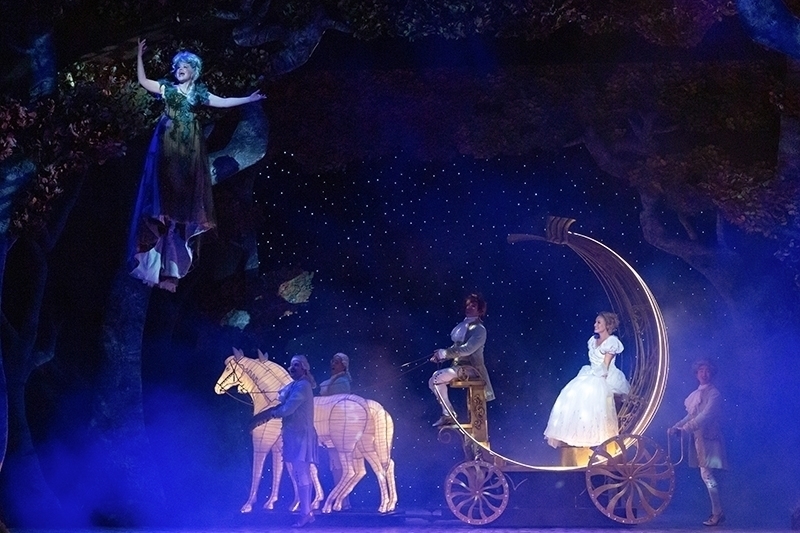 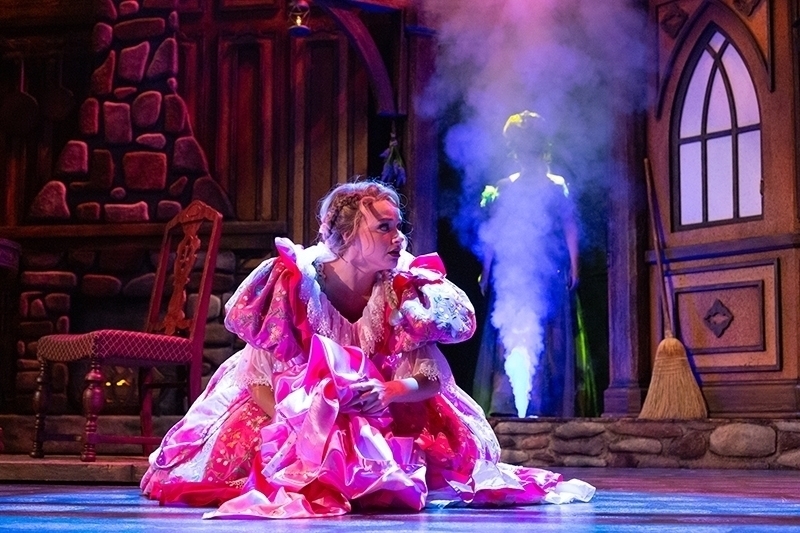 Based on the French fairy tale by Charles Perrault, Rodgers and Hammerstein originally wrote this show for television which was later adapted for the stage.  Familiar songs are “In My Own Little Corner”, “Impossible/It’s Possible and “Do I Love You Because You’re Beautiful?”. 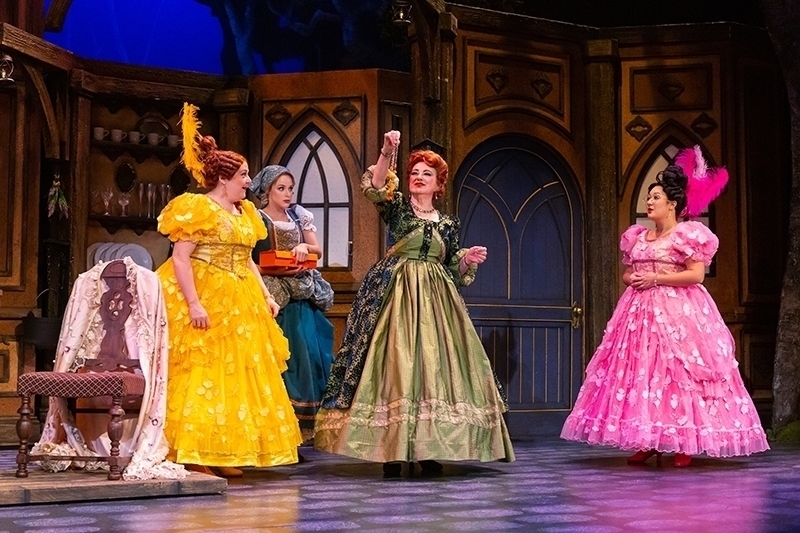 To begin with, the set by Robert Andrew Kovach is enchanting and in tandem with the fantastical costumes by Mary Folino. This is only enhanced by the excellent lighting design by David Neville and the sound design by Ed Chapman both responsible for the magical special effects. 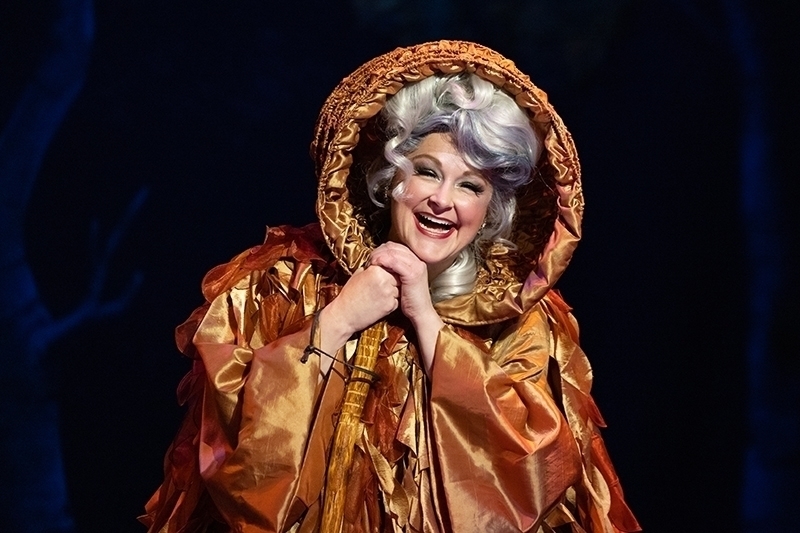 The voices in this production are unanimously strong due to Chris Bercheri’s vocal direction. The choreography by Gerry McIntyre is vibrant and athletic. And the direction by Glenn Casale is perfection. 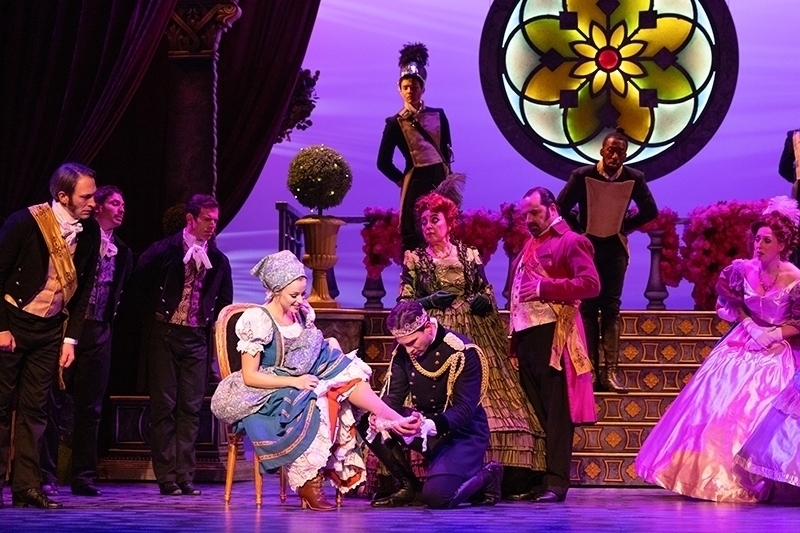 There are no weak links in this talented cast. Kathryn Brunner is a sweet voiced and charmingly animated Ella. (That’s short for Cinderella in this show.) Brent Thiessen as Topher (the Prince) not only has command of a masterful voice but is tall, dark and handsome — and can dance! Ben Dibble, as always, brings one hunderd and ten per cent to his performance as Lord Pinkleton and makes the simple song “The Prince is Giving a Ball” seem uber exciting. Fran Prisco plays a delightfully smarmy Sebastian, our  villain of the piece. Rebecca Robbins is stimply stunning as Marie (who turns into the Fairy Godmother) with her dulcet tones reminiscent of a young Barabara Cook. Adam Hoyak is comically appealing as Jean-Michel, the young firebrand. Mary Martello, is humorously over the top as Madame (Stepmother), our villainess. And Amanda Jill Robinson (Charlotte) and Stephanie Kyung Sun Walters (Gabrielle) are both very funny as the stepsisters. 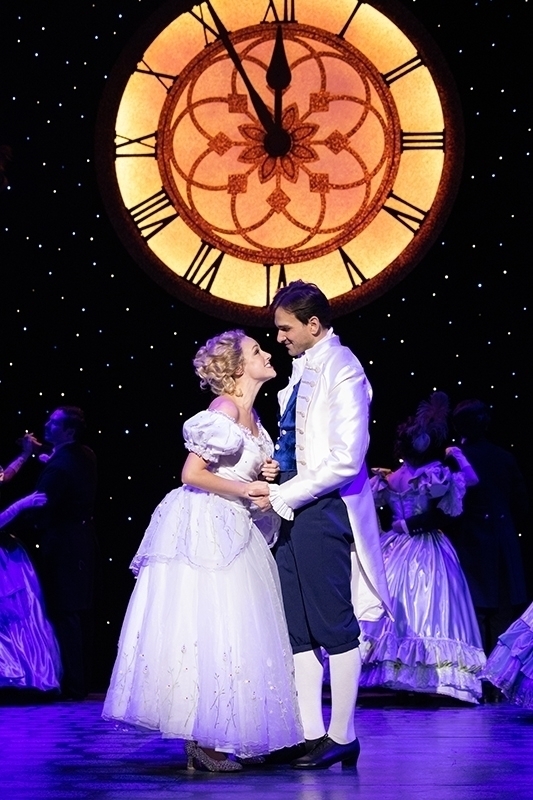