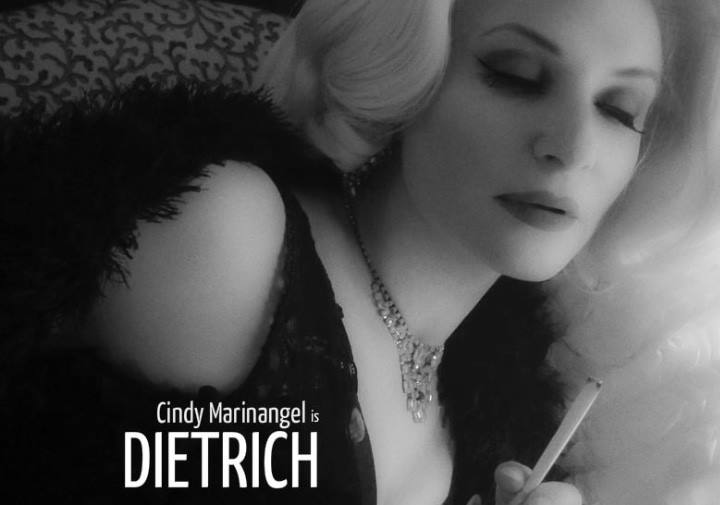 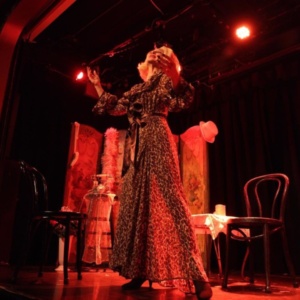 When I first saw Willard Manus one women show Marlene, starring the highly watchable Cindy Marinangel, there were problems. The direction was sub par, the writing needed to be honed and the show was too big for the theatre. A year later at the Triad Theatre, with new direction (Gary Swanson for half of the show), tighter script and the still winning Ms. Marinangel, the show shines much brighter, though I would still tweak the script and get Mr. Swanson to work on the second half. 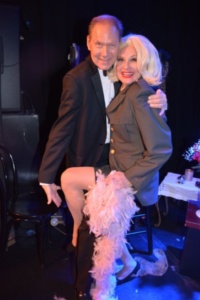 Marinangel embodies the legend know as Marlene Dietrich. It is May 1960 and Dietrich dressed as a man, enters the stage door of Berlin’s Tatiana Palest Theatre. She is there to put on a concert, the first since fleeing the Hitler regime in 1939. She has received death threats from Nazi sympathizers, who resent the Hollywood star for spending much of WWII entertaining American soldiers on the front lines. In their eyes she is a traitor. As Dietrich gets ready for her show, gun in hand a reporter enters, threats are made, ghosts emerge and songs are purred as only Dietrich could do. 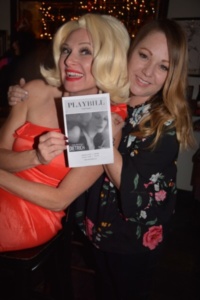 In a time where it wasn’t “PC” correct to speak against political dissension, Dietrich was outspoken about her political views and though she loved Germany, left. This German actress who was known for her sultry femme fetal persona was more noted for her humanitarian efforts during the war. For her work on improving morale on the front lines during the war, she received several honors from the United States, France, Belgium, and Israel. In 1999, the American Film Institute named Dietrich, the ninth greatest female star of classic Hollywood cinema. Marinangel draws the audience into Dietrich’s world, filled with vulnerability and fear. 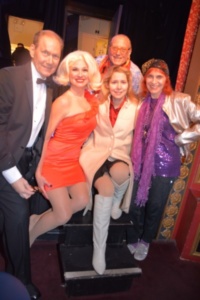 As she prepares for the evening’s performance in her dressing room we are invited to learn about this fascinating woman. We stay with her until that winning performance, that she wins the audience over. 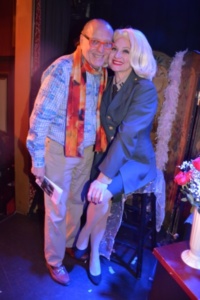 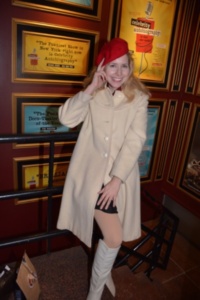 Marinangel has learned to channel Dietrich and I would love to see her go even farther with the poses that made Marlene, so renown. Marinangel sultry performance brings this bi-sexual woman who often preferred women to men, to life. She brings out the coldness and vulnerability in equal measures. Your eyes are dawn to Marinangel, who embodies that “it” factor illusive quality, just as Marlene did.

Kudos Dr Judy Kuniansky, Errol Rappaport, Paul Sladkus and Lou Martinez, who filled the Triad to capacity. This show has a life and brings back a legend, a star a woman to be remembered.