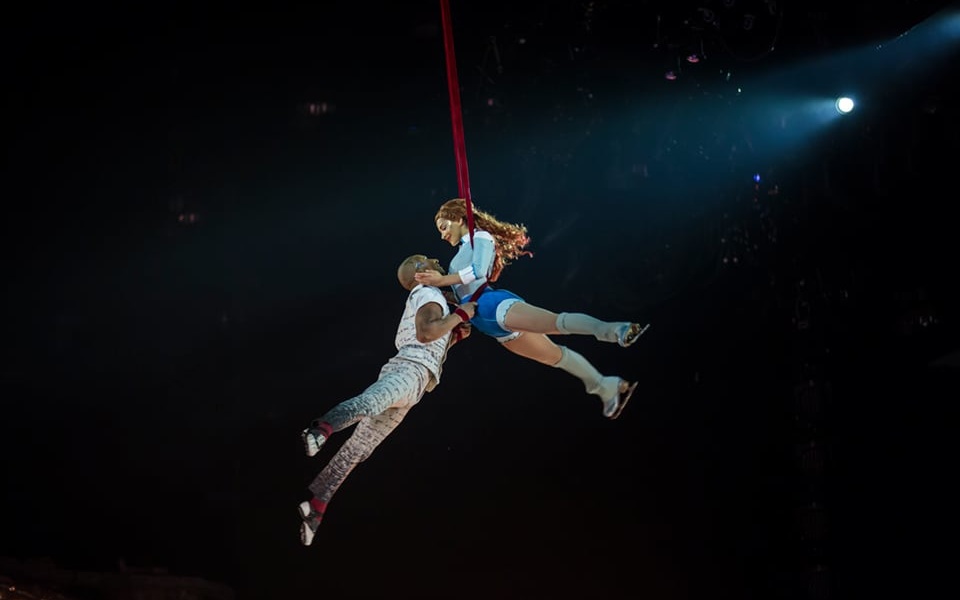 What strikes you first about Cirque du Soleil’s Crystal is the music. Starting off with klezmer music done by a small quartet. The sound makes you feel like you have stepped into old world Eastern Europe. When the hockey segment happens, Irish step dancing music fills the auditorium. As the show progresses the music becomes more rock pulsating with energy galore. Toward the end the music is sweeping and romantic. Bravo to Maxim Lepage the composer. 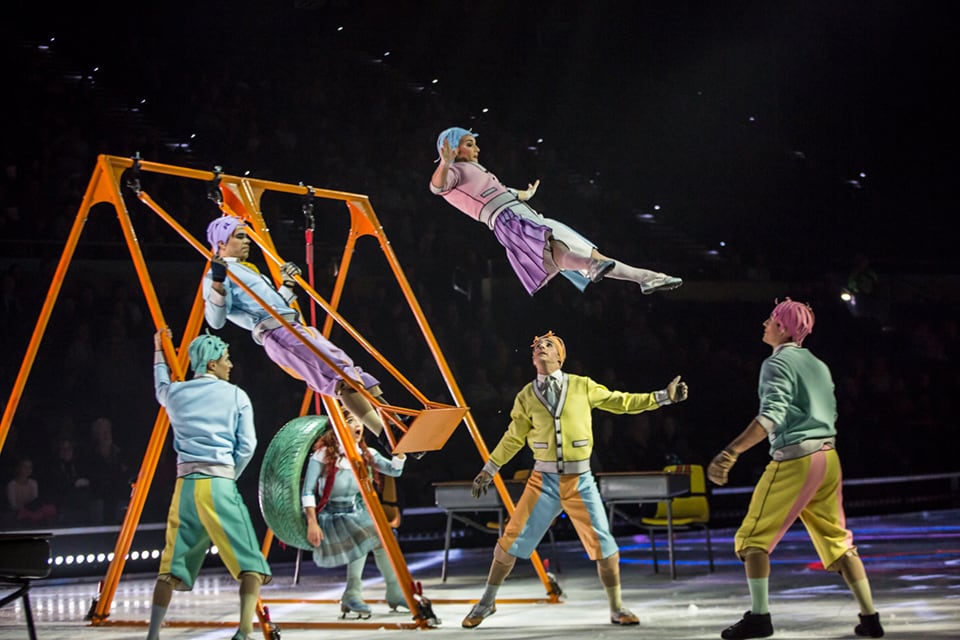 Crystal, Cirque du Soleil’s newest show is a cross between Matilda, Alice in Wonderland and the Ice Capades. Set in a parallel universe, Crystal (Hjordis Lee) meets her doplganger (Nikol Gosviiani) as she falls through the ice, straight into the frey. The result is an etherial show that is satisfying for kids in the first act and to adults in the second. Nate Cooper the comedic force started the show by throwing snowballs into the crowd and followed through with his ingenious form of comedy. He was in a word…. hilarious. 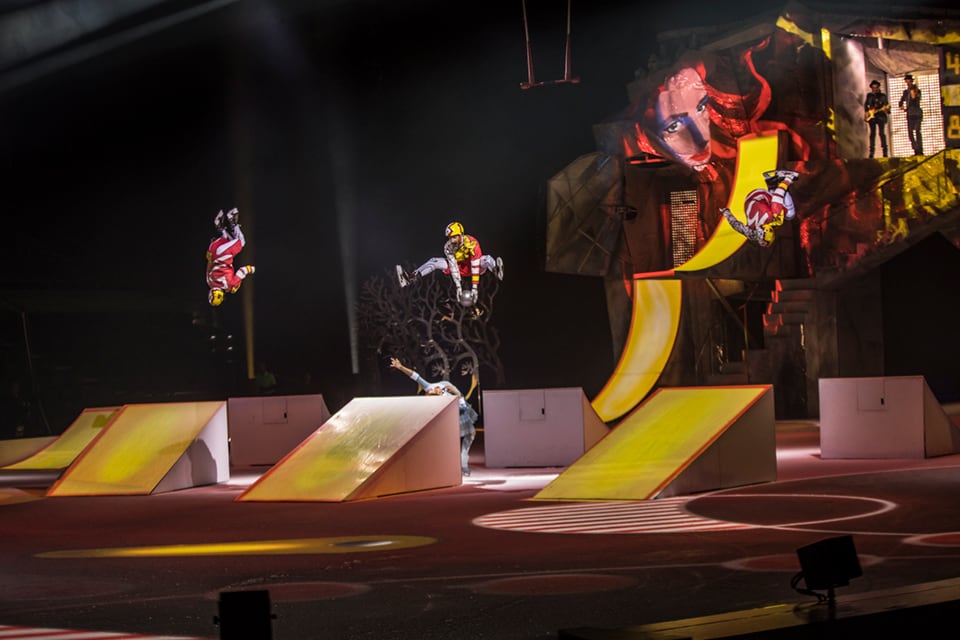 In the first act, the hockey sequence is inspirational as skaters fly over skateboard-like ramps joyously and thrill with back flips. 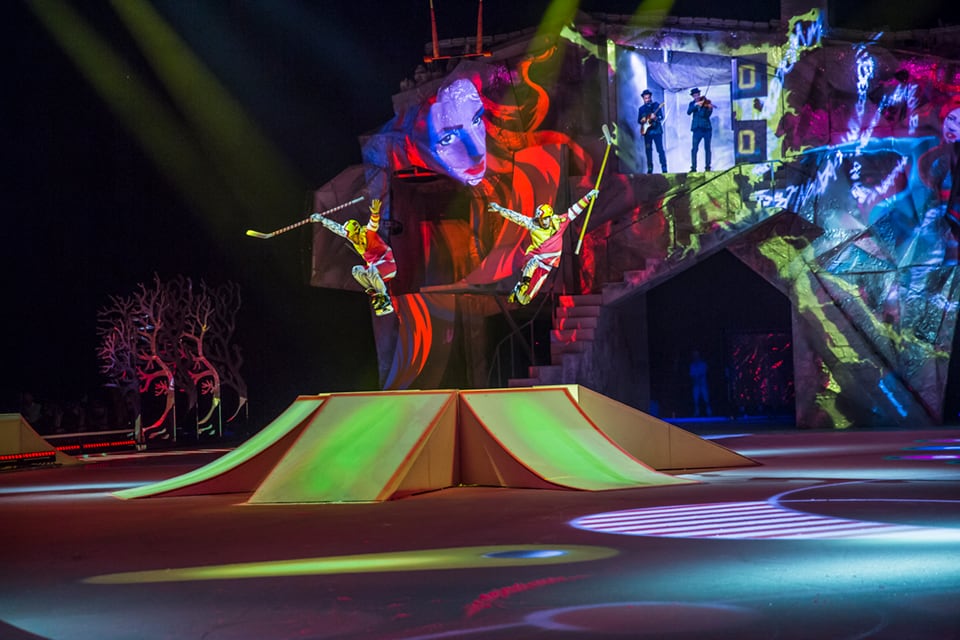 In the second act, there is an amazing swinging-pole routine that thrills. 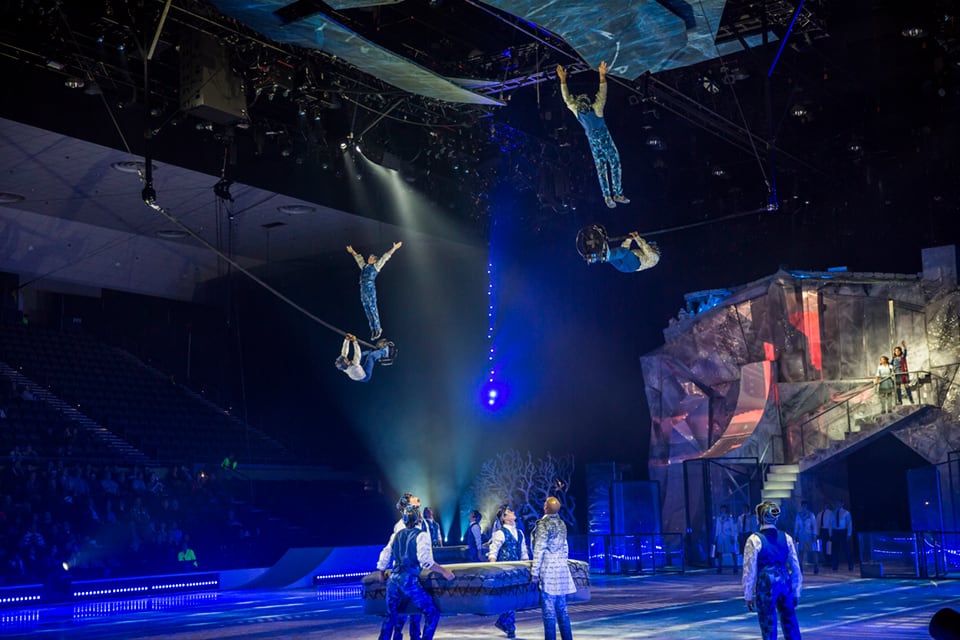 A aerial pas de deux, sweeps Crystal off her skates and is beautifully performed to Beyoncé’s Halo with Canadian acrobat Darren Trull . In the meantime there are three couples who ballroom dance on skates around them. 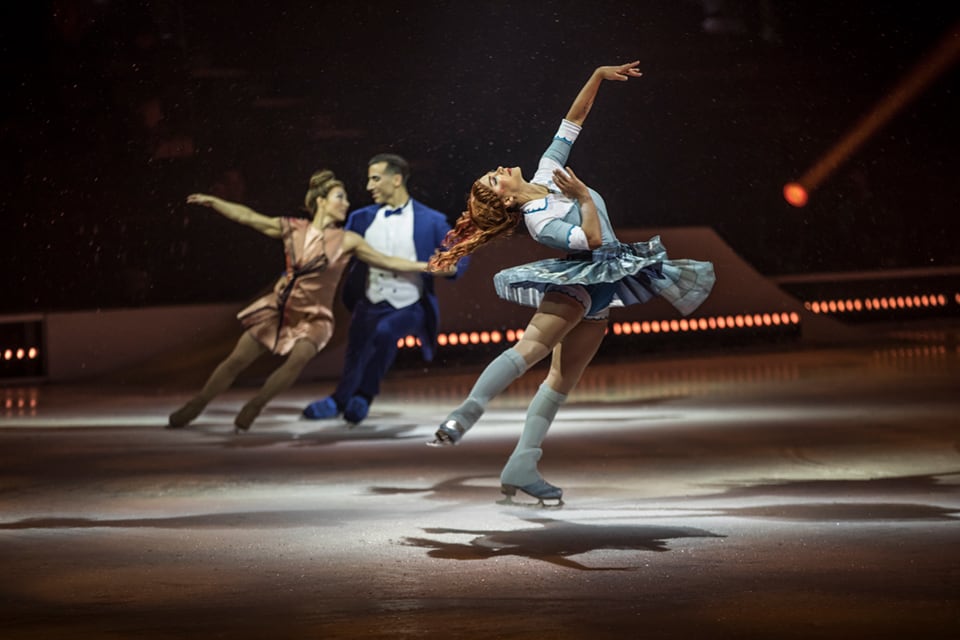 As the acrobat who stacks up chairs to the ceiling, Jonny Stranks was stunning and mind blowing. 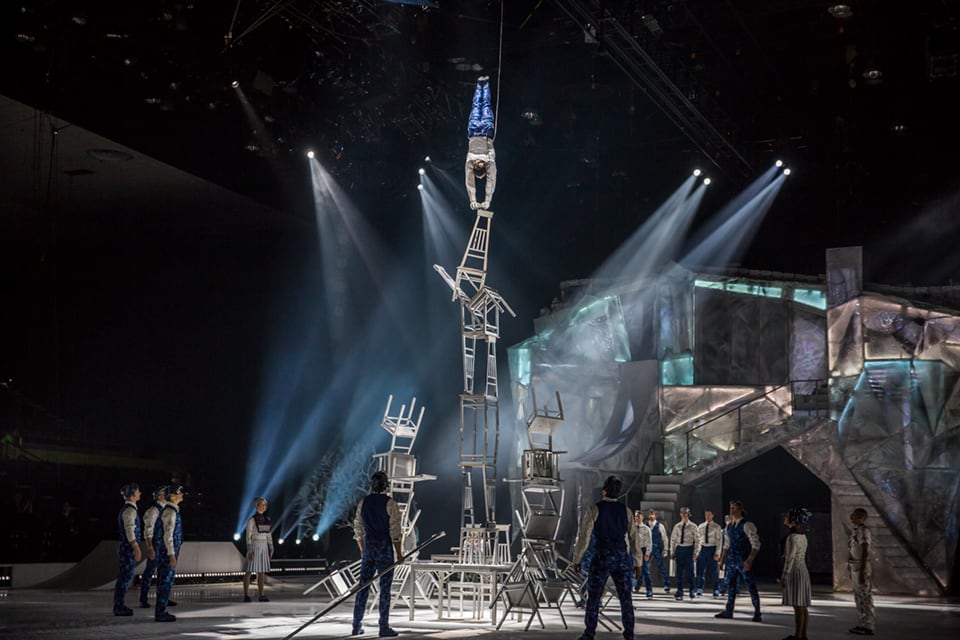 Making it back to her universe, U2’s Beautiful Day gives us a uplifting ending. 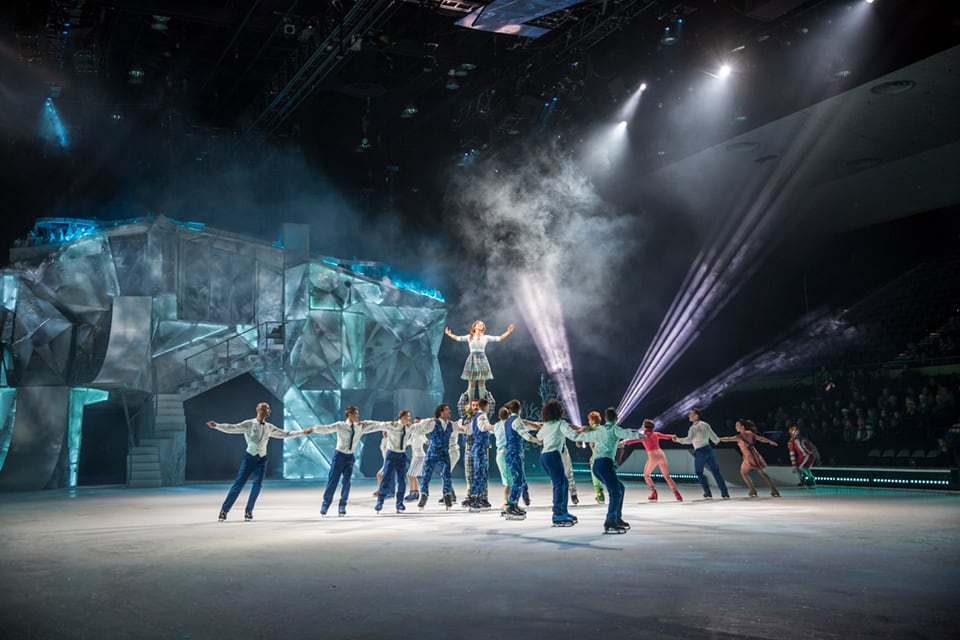 The show is co-directed by Shana Carroll and Sébastien Soldevila, who seem to have different sensibilities, but they blend and give a well rounded evening of entertainment. The show is spectacular to watch and listen to. Perfect for the whole family.