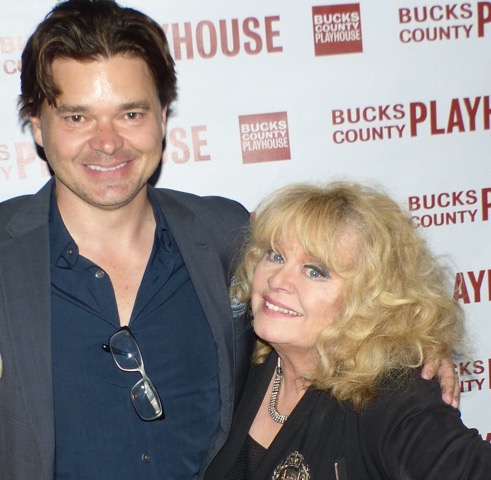 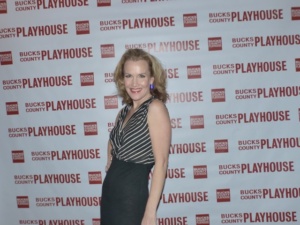 Producers Work Light Productions (RENT, Mamma Mia!, Motown The Musical) and The Araca Group (Urinetown, Wicked), in association with Aged in Wood and Michael Barra announced that a stage production of the murder mystery comedy thriller CLUE will tour North America beginning in the fall of 2018. 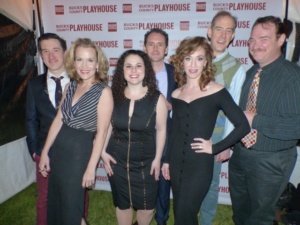 Based on the popular 1985 Paramount movie which itself was inspired by the classic Hasbro board game, the comedy begins at a remote mansion, where six mysterious guests assemble for an unusual dinner party where murder and blackmail are on the menu. When their host turns up dead, they all become suspects. Led by the Wadsworth – the butler, Miss Scarlett, Colonel Mustard and the rest of the guests race to find the killer as the body count stacks up. Clue is the comedy whodunit that will keep you guessing (and laughing) to the very end. 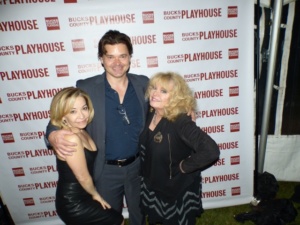 Bucks County Playhouse in New Hope, Pa is only 95 minutes from Broadway on the banks of the Delaware River and a very easy trip from New York City. I always look forward to spending the day in New Hope walking around town and shopping in cute little shops. There are many wonderful dining choices in New Hope along the riverfront as well as across Lambertville Bridge to Lambertville, New Jersey . The day is topped off taking in the latest production at the Bucks County Playhouse on Main Street. The Playhouse is currently presenting Clue On Stage through May 20, 2017. Clue on Stage is skillfully directed by Hunter Foster, based on the screenplay by   Jonathan Lynn with additional material by Eric Price and Hunter Foster. It is being produced at Bucks County Playhouse by special arrangement with The Araca Group, Work Light Production, Michael Barra Productions and Aged in Wood Productions.

Struthers is probably best known for her role as Gloria in the groundbreaking TV series “All in the Family.” She has also starred in the Fox television series “9 to 5” and her own CBS series “Gloria” as well as recurred on the CBS comedy “Still Standing” and the CW network’s highly acclaimed “Gilmore Girls.” Struthers recently rejoined the Gilmore cast for Netflix’s four-movie limited revival, which premiered last fall, and recently guest starred in the acclaimed IFC comedy series “Maron.”

Erin Dilly received Tony and Outer Critics Circle Best Actress nominations for playing Truly Scrumptious in Chitty Chitty Bang Bang. She also appeared on Broadway in Follies, The Boys from Syracuse, Into the Woods, Nice Work If You Can Get It, and A Christmas Story.

Tickets range from $40 – $75. Special rates for groups of 10 or more. Subscriptions to the full 2017 are still available. For complete details, and to purchase tickets, please visit buckscountyplayhouse.org, call 215-862- 2121, or visit the box office at 70 South Main Street, New Hope, PA.

I highly recommend spending the day and taking in a first class production at the Bucks County Playhouse.

Suzanna BowlingJanuary 18, 2023
Read More
Scroll for more
Tap
Marry Me A Little – I Do!
Aladdin – Jubilant Genie Stole the Show