CODA No Doubt About It Best Film Of The Year!

CODA No Doubt About It Best Film Of The Year!

Since seeing writer/director Sian Heder’s “CODA”, I can not get Marvin Gaye and Tammi Terrell’s “You’re All  I Need To Get By” out of my head. I was reluctant to see this film knowing that its acronym stood for Child of Deaf Adult. I was wrong! This sweet, touching heartbreaking and heartwarming film is the Best Film Of The Year, for so many reasons. If you have not seen this film on Apple TV+ go out and do so. You will not be sorry.

The film follows an incredible Emilia Jones, who has a voice and a look that will steal your hearts. She plays Ruby  a hearing child in an all deaf family. At 17 Ruby, is so hardworking she has to wake up every day at 3am  to help her family’s business, then handle high school, where she is extremely exhausted. Her father Frank, the scene-stealing Troy Kotsur and Leo, Daniel Durant, run a fishing boat business. Ruby is in a sense is a slave to her family. She has had to her interpret from the time she was young for her family to survive.  She is the only hearing member of her family.

In the meantime her mother played by the excellent Marlee Matlin, does not truly see her as anything but the caregiver of the family. In a sense Ruby has never really had parents and is the parent. Ruby also has to deal with the fact that nothing is private between her parents and her. She knows their medical conditions, their drug habits, and sadly their sex life, where they keep nothing to themselves. She has had to deal with the bulling of the hearing world as they belittling them and her for being a part of them. She always has to prioritize them over her own life. When Ruby joins the school choir it puts her at odds with her family. Her teacher Mr. Villalobos (a fabulous Eugenio Derbez) helps her to move forward and apply to Boston’s Berklee College of Music. He gives her free rehearsals, but they often clash with her family business. 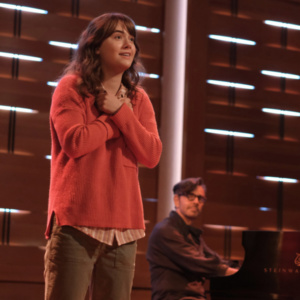 She has a crush on Miles (Ferdia Walsh-Peelo from “Sing Street”) who is a fellow singer and develops admiration for Ruby. 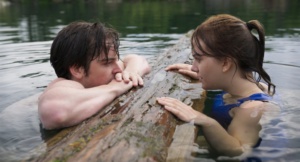 As Ruby navigates being a teenager, her identity in music and in singing is put to the test. Family expectations and trying to be yourself without hurting anyone’s feelings, is at the soul of this piece.

Heder captures the joys and anxieties of working class families along with what being a “CODA” can entail. At one point we see what the deaf people hear or don’t and it is deafening.

Make sure you have Kleenex when you watch this tender and loving film that tackles hard subjects and brings humanity to the screen.