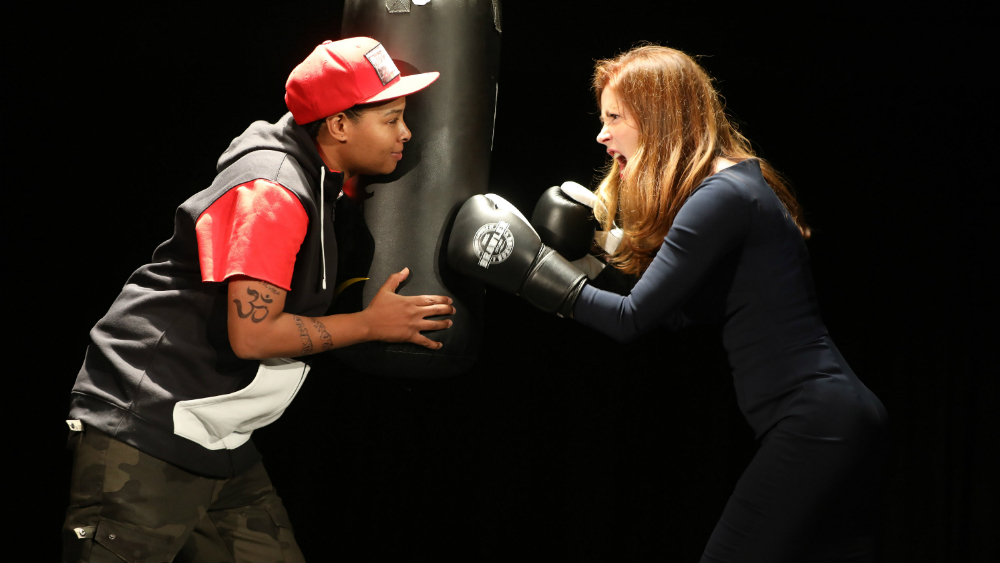 Collective Rage: A Play in 5 Betties Aching to Be Seen

Collective Rage: A Play in 5 Betties Aching to Be Seen 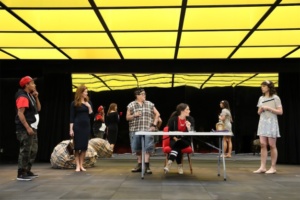 Jen Silverman’s play, Collective Rage: A Play in 5 Betties at the Lucille Lortel brings 5 women from 5 different backgrounds and shows us their similarities. Betty 1 (Dana Delaney) is a rich, angry, oh did I say rich, married woman from the Upper East Side.  She is obsessed over the state of the world as she hears in the news. When she throws a dinner party Betty 2 (Adina Verson) shows up. Betty 2, another married Upper-East-Sider, is all smiles and perkiness hiding the true chasm of loneliness she feels. When Betty 3 (Ana Villafañe), a worker from Sephora, shows up and wants them to talk about “pussy’s” and her bisexual conquests, Betties 1 and 2 are in shock. This dull party just got a spark. 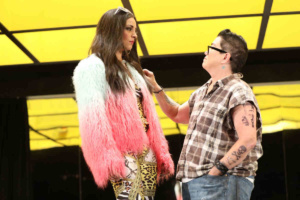 Betty 3 then decides to have a party in which sex is the main topic. Invited are her queer friend from childhood, Betty 4 (Lea DeLaria), and Betty 2. Betty 3 suggests they use hand-mirrors to see and explore their vagina’s and Betty 2, for the first time, sees hers.

Fixing motors, Betty 4 and genderqueer Betty 5 (Chaunté Wayans) discuss “pussy’s” and Betty 4’s crush on Betty 3. Betty 5 also teaches boxing and meets Betty 1, who has taken Betty 3 to the “theatuh,” and now she is obsessed with becoming a star and decides to put on a play, where all the Betties meet.

Betty 3’s play is called “Summer’s Midnight Dream”, as Betty 3 cannot get “A Midsummer’s Night Dream” correct. She gets all the Betties to belong. They begin to explore who they really are through their characters in the play. The most poignant is when Betty 2 explores her inner lion. 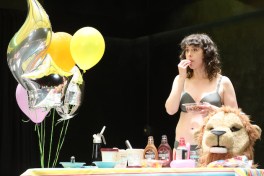 The cast of five extremely talented and strong actresses has Verson standing out. Her character has the biggest breakthrough and when she talks to her hand because it is the only friend she has, you long to hug her, tell her everything will be ok, and offer to be her friend. Her “pussy” song is funny, dark, and very Phoebe like (Smelly Cat).  Villafañe brings depth to her vivacious Betty, DeLaria knows how to be funny, Wayans is magnetic, and Delany knows how to hold an audience.

Mike Donahue keeps this production at a clip. Dane Laffrey minimalist allows the props to become a character.

The theme of this play may be self-discovery and change, but I saw it more as women desperately wanting to be seen, each in their own way, and I found this incredibly sad amongst the humor. 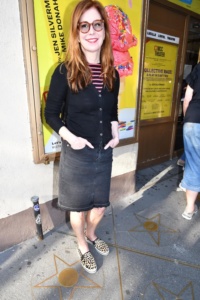 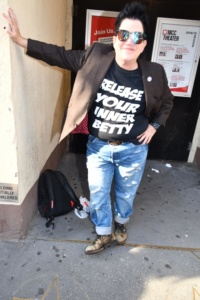 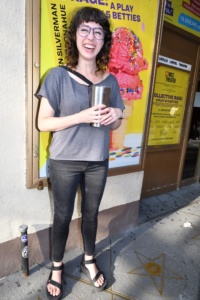 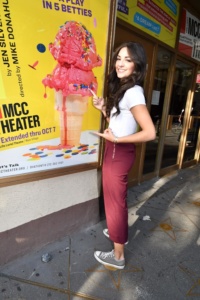 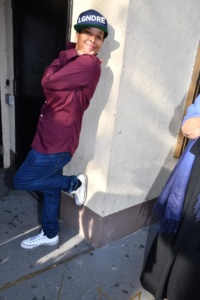 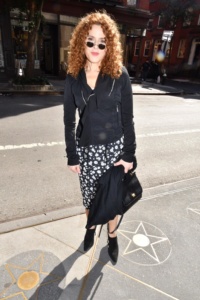