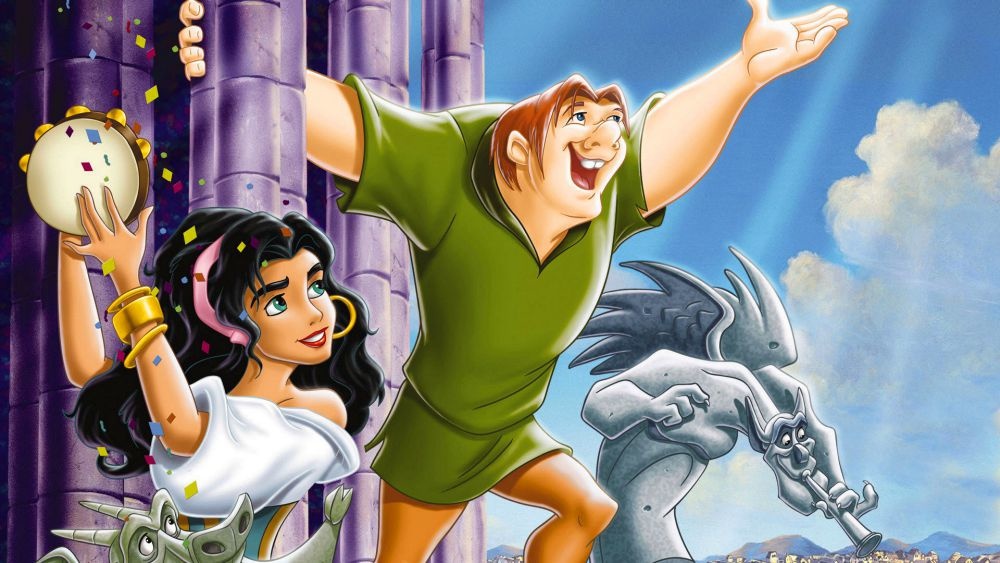 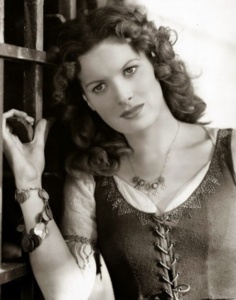 Ithaca High School was forced to cancel their production of their senior play after a social justice group slammed leaders for selecting a white teen to play the role of a Esmeralda in The Hunchback of Notre Dame. According to the Ithaca Journal “high school senior Annabella Mead-VanCort’s mother, Eliza VanCort, wrote a letter to school administrators.” Mother and daughter were thrilled that a musical with a leading role of a female of color would be performed on the school’s stage, but when a white actress was cast instead of Maddi Carroll, a 17-year-old senior. All hell broke lose. Maddi was cast in the ensemble. She was also part of student united. Maddi, unhappy over not getting the lead quit the production and got members of the student united to set up a list of demands. The school caved in. The demands in the 10-point list include removing Winans as director of the Boynton Middle School and Ithaca High School musicals. The students have proposed the school hire Joey Steinhagen, the artistic director and resident director of Running to Places Theatre Company, as director of the next musical.  “Our goal was not just to shut down the musical,” Maddi said. “We want to get a socially conscious director to replace the current director so that everybody can participate.”The facts were that everybody was participating, just not in the roles they wanted.

Ironically it was not talent that the group was upset over as they added this to their letter; “We want to stress that the talented young woman who was cast in this role is a stellar actor, singer, and dancer. She has worked hard to hone her craft and the IHS stage, or any stage, would be lucky to have her.” 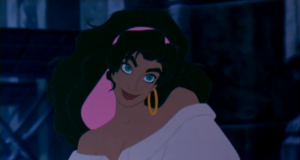 Esmerelda in the Disney film after they recolorized

First of all in Victor Hugo’s novel the role is that of a romanian gypsy, whose mother is French. She is not a person of color. She was played by Maureen O’Hara in the film, as well as Gina Loliobrigida. In the Disney film she was voiced by Demi Moore and started off light skinned. She only became darker as Disney realized that look was lacking in demographics. In the Alan Menkin/ Stephen Schwartz musical originally done in Germany, the role was played by Judy Weiss, a very white actress who was suppose to bring it to Broadway in 1999. Who decided this was an ethnic role? Not the writer. 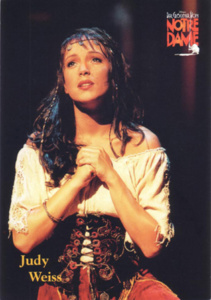 The Hungarian State Opera’s new staging of the Gershwin opera “Porgy and Bess” featured a predominantly white cast in a work whose authors intended it to be staged by black performers. George and Ira Gershwin, estates stipulate that the opera be performed only by black casts. In the contract, this was not stated. In order to make amends the company had to add “The manner in which this production of ‘Porgy and Bess’ is being produced is unauthorized and is contrary to the requirements for the presentation of the work.” The new setting is in an airport and recalls real-life scenes in a Budapest train station in 2015 during the height of the European refugee crisis. Here, refugees camp for weeks before migrating on to other European countries. In other words an Ivo van Hove production of anything Arthur Miller where the playwrights intent is changed to the directors whim.

Color blind casting and the requests of their authors only seems to to be one sided. If you cast a white actor or actress in a role you are being PC incorrect, but when you do the opposite regardless of the history or relevance of the character you are PC and lauded.

There can be no color blind casting, until we see no difference in color either way. You can not have it both ways.