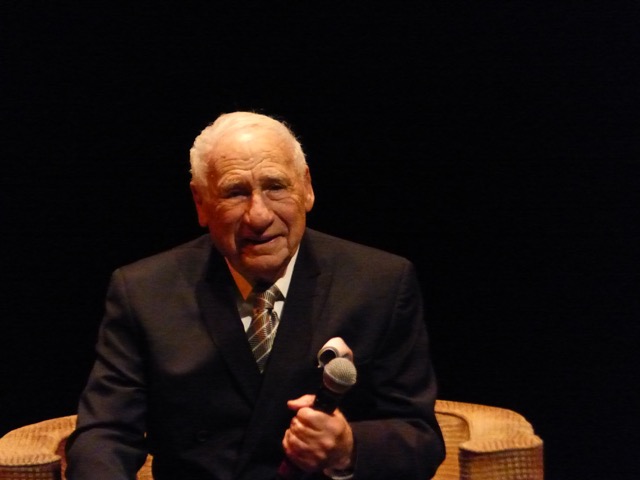 Mel Brooks will stage a two-night-only solo show as part of the Residence on Broadway series at the Lunt-Fontanne Theatre.

Mel Brooks On Broadway is set for Monday June 17 and Tuesday June 18. The unscripted show will combine what producers describe as “off-the-cuff comedy, unbelievable personal stories, and film clips from some of his most memorable work.” The two-nighter is billed as “a very special evening of unforgettable tales and non-stop laughter,” and with the creator of The Producers and Young Frankenstein this should be a no brainer.

The Residence on Broadway series, runs from May through July and is produced by Live Nation, The Araca Group and EBG (Entertainment Benefits Group). The show features solo performers in what it calls “up close and on stage in the most intimate and spectacular setting of all: Broadway. Each artist will take the stage for a limited engagement creating a once in a lifetime experience.”

Others previously announced include Regina Spektor and Yanni. Additional performers for the 2019 spring/summer engagement of In Residence will be announced in the coming weeks.

Brooks’ 2001-2006 Broadway production of The Producers holds a record-setting 12 Tony Award wins, with three going to Brooks for best musical, book and score. His Young Frankenstein ran on Broadway from 2007 to 2009.

A version of this show was done at New Jersey Performing Arts Center.

Suzanna BowlingMay 15, 2022
Read More
Scroll for more
Tap
Hadestown Where the Music is Lush and Hope Eternal
He Says: Broadway’s Burn This Flickers Moderately Against the Cold Draft of Loss.