Comfort Women and The Future of South Korean and Japanese Relations 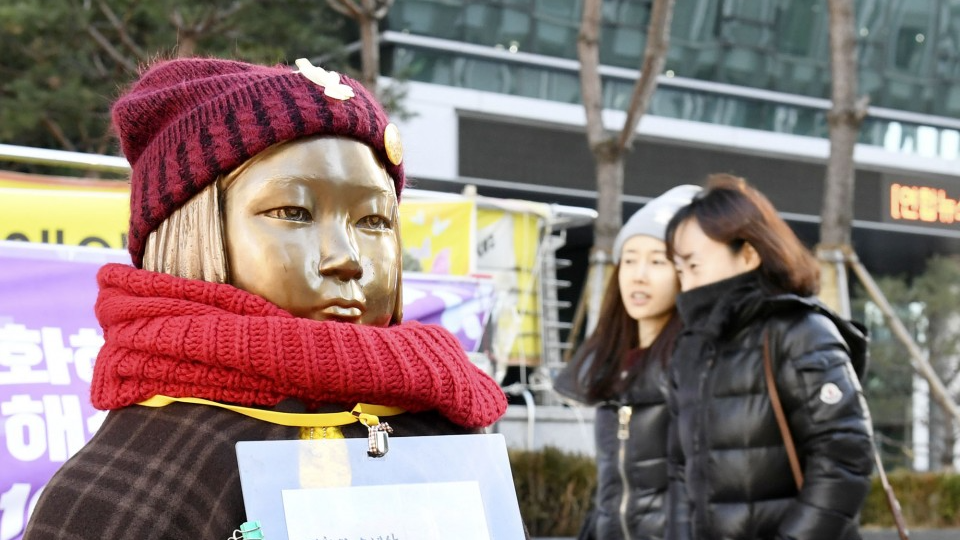 Comfort Women and The Future of South Korean and Japanese Relations

Many atrocities afflicted various individuals and groups throughout the globe during WWII. People are generally privy to the horrors that dictators like Hitler and Stalin inflicted upon Europe during this dark time in our history; however, few are aware of other groups that were targeted and suffered as a result of the axis countries gaining power. Japan, a major player during this war, aligned itself with Germany to seize power in the Pacific. As Imperial Japan grew stronger, it began occupying nations in the region, including the Korean peninsula.

During the course of World War II, Japan instituted a program designed to serve the Japanese military. They forced woman into slavery for the purpose of sex. These women became known as comfort women. They were torn from their homes and, in some cases, from their country of origin to fulfill the sexual needs of the Japanese armed forces. It is estimated that 200,000 women were affected by this abhorrent action, with the majority of women coming from Korea. These Korean comfort women were beaten, physically tortured, and brutally raped against their will. Many died or were rendered infertile due to the vicious treatment they endured.

In an effort to right the wrong that Imperial Japan caused among these women, an agreement was reached in 2015 between South Korea and Japan. The deal included the acknowledgement of the crimes that occurred, an apology from the Japanese government and compensation of one billion yen. The money was agreed to be given to the South Korean government to distribute among survivors in restitution for the physical, mental and emotional suffering they sustained.

After hearing comfort women testimonies and reading comfort women stories, it is difficult to accept that the agreement completely atones for the sins of the past; however, it is an important step to the healing of the affected survivors and their families. It is also a stride toward improving relations between the two countries. The words of the South Korean comfort women are harrowing, but they provide us with information that compels the people of the world to not only understand what occurred but to also never allow this to happen again.

The deal reached in 2015 between then South Korean leader Park Geun-hye and Prime Minister Shinzo Abe has come into question recently under the new administration of South Korea. South Korean President Moon Jae-in has included the 2015 comfort women deal with topics like the North Korean nuclear threat. North Korean nuclear power has become one of the most important issues of the region and the rest of the world. The foreign minister of South Korea, Kang Kyung-wha, understands the serious threat that North Korea poses to the region and to the world, but she, along with the Moon government, favor reevaluating the deal to ensure it adequately satisfies the people of the nation, particularly the opinions of the victims.

The 2015 comfort women deal is a symbol of making amends for past sins and for securing a brighter future for the nations involved. Harboring resentment brings forth no advancement. This deal admits the wrong doing of leaders in the past, so current leaders and citizens of these countries can move forward and work together for the prosperity of all parties involved. This is crucial given the current uncertainty and the danger that North Korea presents.