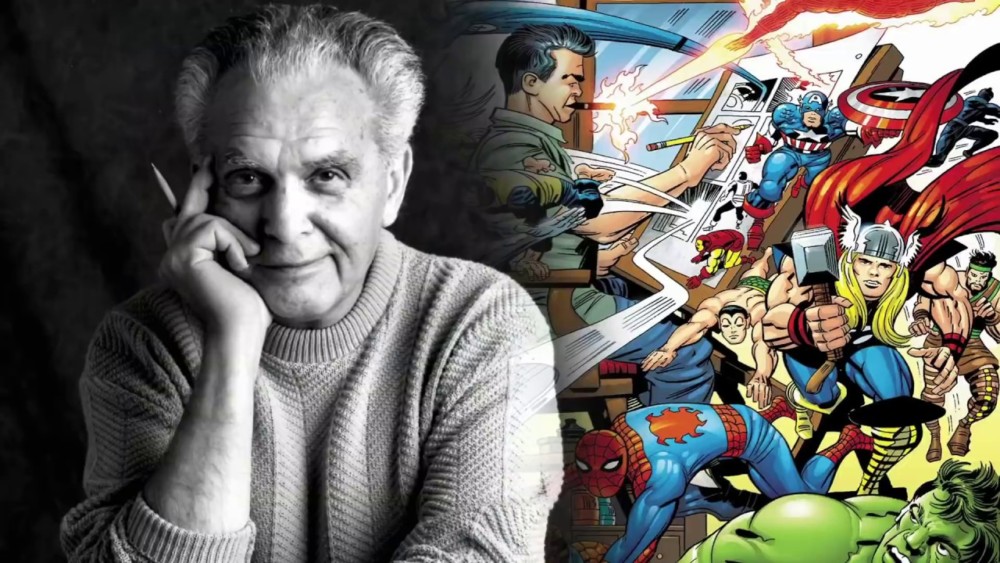 Six time Best Selling New York Times author Fred Van Lente and four-time New York Times Critics’ Pick playwright Crystal Skillman, in association with the Broadway Podcast Network, are pleased to announce the premiere of their four-episode mini-series audio drama King Kirby, based on their hit Off-Broadway show by the same name. A true-life story about Jack Kirby, the man who co-created the Marvel universe, King Kirby is an epic comic book story of the most famous cartoonist you never heard of. This audio drama features original music composed by award-winning Bobby Cronin (whose other works with Skillman include Mary and Max, Rain and Zoe Save the World, and Concrete Jungle.). The podcast premieres on Wednesday, February 10th exclusively from the Broadway Podcast Network and wherever you listen to your favorite podcasts. Find it at bpn.fm/KingKirby.

Heroes aren’t born, they’re made. Born in the Lower East Side slums, a veteran of the battlefields of France, Jack Kirby co-created Captain America, The Avengers, X-Men, Iron Man, Thor and many other legendary characters. But Kirby had his biggest fight after his comic books became an international sensation: He had to fight for his name, and the recognition he was denied.

From the Jewish ghetto of New York’s Lower East Side to the battlefields of France to the Senate hearings of the 1950s, King Kirby is the heartbreaking yet inspirational story about a man who pours his quintessentially Twentieth Century life into his comics, only to make the fateful mistake that sends him into obscurity while his creations become known to every person on Earth.

Written by the award-winning husband-and-wife team of Skillman and Fed Van Lente (whose previous teams-ups include Webtoon’s Eat Fighter), this is a story for comics fans of the man they never knew behind their favorite superheroes, and for those who have been waiting for Jack Kirby’s story to get its due. A modern-day American Amadeus, King Kirby asks what happens when an artist doesn’t own his own legacy? Can he ever get it back?

The series allows King Kirby to be heard by new listeners all over the world.