Company On Broadway Is Not The Company I Remember 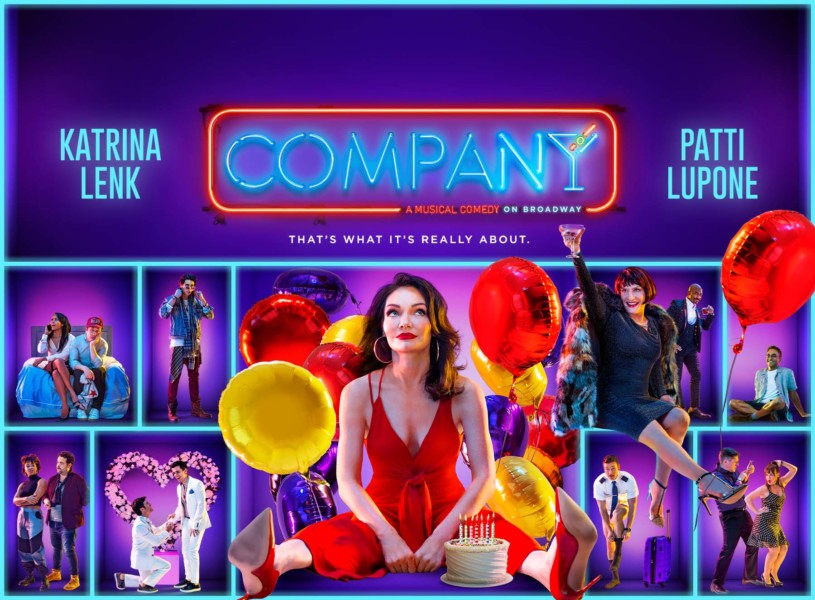 Company On Broadway Is Not The Company I Remember

Stephen Sondheim’s Company at the Bernard B. Jacobs Theatre, is like seeing it through the eyes of Alice and Wonderland going down the rabbit hole stoned. Marianne Elliott’s choices and direction seriously have me scratching my head. This is not the review I thought I would be writing.

Since it is the holiday season lets get to what is good. Patti LuPone! She is a masterclass in singing and acting. Just hand her the Tony for Best Performance by a Supporting Actor in a Musical now. Her performance is riveting and sublime.

Theo (Manu Narayan), P.J. (Bobby Conte) and Andy (Claybourne Elder), singing “You Can Drive A Person Crazy” with new orchestrations and vocal arrangements by Joel Fram and choreographed by Liam Steel, Is invigorating.

The book by George Furth and scenes which are well acted and hilarious, especially Sarah (Jennifer Simard) and Harry (Christopher Sieber). When Sarah grabs her fat you can relate. Everything Ms. Simard does is comedic. These two are both addicts to food and drink. Peter (Greg Hildreth) and Susan (Rashidra Scott) discover getting divorced makes them closer. Jenny (Nikki Renée Daniels) and David (Christopher Fitzgerald) uproarious get high until maybe David is hitting on Bobbie.

Now for what is mind blowing. Katrina Lenk as Bobbie. First we have traded 4 women’s roles for 1 man’s role whom the show only evolves around. Ms. Lenk does not have the vocal chops to pull this off. They added the gut wrenching “Marry Me A Little” (a cut song) and “Being Alive” where the songs do not soar emotionally or vocally. Even “Someone Is Waiting” and “Side By Side,” miss their impact when she is singing.

Bobbie is suppose to be adored by all her friends but why? In this production she needs AA more than a man. She is clearly an alcoholic, who cares more about drinking than people. In 2021 why can’t Bobby be strong, successful, happy and not need a man? This version is so misogynistic. She clearly hits on David and Larry (Terence Archie). so what kind of a friend is she?

Now we have the gender swapping role of Jamie (Matt Doyle) and Paul (Etai Benson). Jamie sings “Getting Married Today” about not getting married, but considering the gays had been begging for marriage rights, how does this fit in? Doyle sings it wonderfully, but seriously? Also Jamie tells Paul he doesn’t love him enough to get married, so Paul leaves hurt, Bobbie offers to marry Jamie and he runs out and marries Paul. That is going to be one dysfunctional marriage. As a matter of fact in this show marriage doesn’t look so good.

Gone is the sexually fabulous Tick Tock and instead we get some drug infused psychotic dream.

At times the set by Bunny Christie, lighting by Neil Austin and direction by Elliot work. Sometimes!

The orchestra led by Joel Fram and the orchestrations by David Cullen work well, but it takes a good 10 minutes to get to the beginning song.

In using Sondheim’s words from Merrily:

Charley,
Why can’t it be like it was?
I liked it the way that it was,
Charley ?
You and me, we were nicer then.

We were nice,
Kids and cities and trees were nice,
Everything ?
I don’t know who we are any more,
And I’m starting not to care.

Suzanna BowlingJanuary 25, 2023
Read More
Scroll for more
Tap
Composer of Romance/Romance Keith Herrmann Passes On To Write For A Heavenly Choir
Broadway Rocks The Who