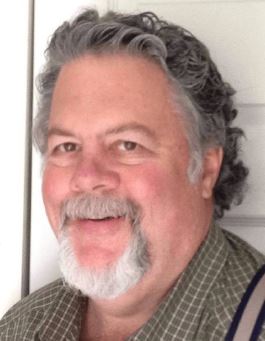 It is with a broken heart that I learned my long time musical director and friend Keith Herrmann passed away. I worked on his show Haunted Hotel which later became Femme Fatale and sang many of his songs when I did cabaret. He passed away on December 5. He was only 69.

Keith Herrmann, was the Tony-nominated composer of Romance/Romance. The show receiving a total of five Tony nominations, including Best Original Musical Score and Best Musical. Romance/Romance was recently given a gay theme and premiered in London’s West End, to which thrilled Keith. His long time collaborator was Barry Harman. He won the Outer Critics Circle Award for Romance/Romance. for Best Score.

Keith was born in Brooklyn on March 1952 and served as composer and musical director for several Broadway shows, including Whoopee! (1979), Censored Scenes From King Kong (1980), Onward Victoria (1980), Cats (1982) and Romance/Romance. He also was the conductor and keyboardist for The Magic Show and Godspell.

Off-Broadway, Herrmann served as composer and co-producer of the cult favorite Prom Queens Unchained. His musical Suspect had a sold-out run at the New York International Fringe Festival and The Homework Machine, which he co-wrote with Mark Cabaniss, enjoyed a sold-out world premiere at the Boston Children’s Theatre in 2014

In addition to theater, Herrmann also wrote numerous jingles, television scores and original musical material for a variety of performers. He scored the Emmy-winning ABC-TV after-school special Taking a Stand and received a Telly Award for the A&E Network presentation of Romance/Romance. Herrmann was also represented on the Tri-Star animated holiday video Buster and Chauncey’s Silent Night. Mr. Herrmann played for Joel Grey, Betty Buckley, Nell Carter, Andrea McArdle, and many others. On television, he has appeared on the Tony Award Show, and as Betty Buckley’s conductor/pianist on The Tonight Show, The Today Show, and the Golden Globe Awards.

He recently an original musical with collaborator Barry Harman titled Incredible High. He was a member of the Dramatists Guild, ASCAP, and the American Federation of Musicians.

Herrmann is survived by his wife of 32 years, Georgia, and son A.J.