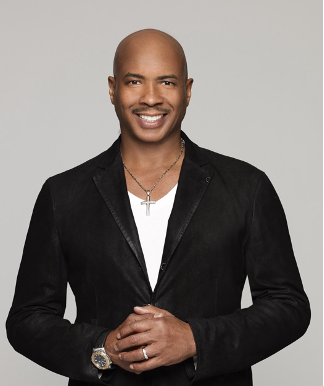 World-renowned producer and composer Ray Chew will serve as the music director for the annual Macy’s 4th of July Fireworks®. The spectacle begins at approximately 9:25 p.m. on Monday, July 4, and will span five barges positioned between E. 23rd and E. 42nd Streets on New York’s East River.

In-person spectators, as well as viewers tuning into the NBC live broadcast, will be treated to 48,000 shells and effects choreographed to a score curated by Ray Chew. His score will feature a selection of America’s unique musical genres that have inspired and captivated the world. From Jazz and Hip Hop to R&B, Rock and Country music, as well as patriotic standards, the songs that underscore the pyrotechnics in the sky will uplift spirits.

“Macy’s Fourth of July show has been a part of America’s tapestry for as long as I can remember,” says Ray Chew. “I’ve personally watched it for many years. For me to curate this year’s music and showcase America’s unique genres of music is truly an honor.”

Musical highlights in this year’s show include “The Star-Spangled Banner” performed by The United States Army Soldiers’ Chorus, “Born in the USA,” “Lift Every Voice and Sing” featuring Kenny Lattimore and “Reach Out and Touch (Somebody’s Hand)” performed by The Young People’s Chorus of New York City. Other fan favorites featured in the Ray Chew-directed musical extravaganza are “My Country Tis of Thee” and “America the Beautiful,” performed in celebration of Macy’s Golden Mile.

On July 1, Ray will attend Macy’s closing bell ceremony in anticipation of the Independence Day show and upcoming Macy’s events that he is slated to maestro, including the annual Thanksgiving Parade. Additionally, from August 7-15, Ray will once again showcase his musical direction, this time with the annual Harlem Music Festival.