CONFIDENCE (and The Speech) Throws Too Many Issues In the Plot 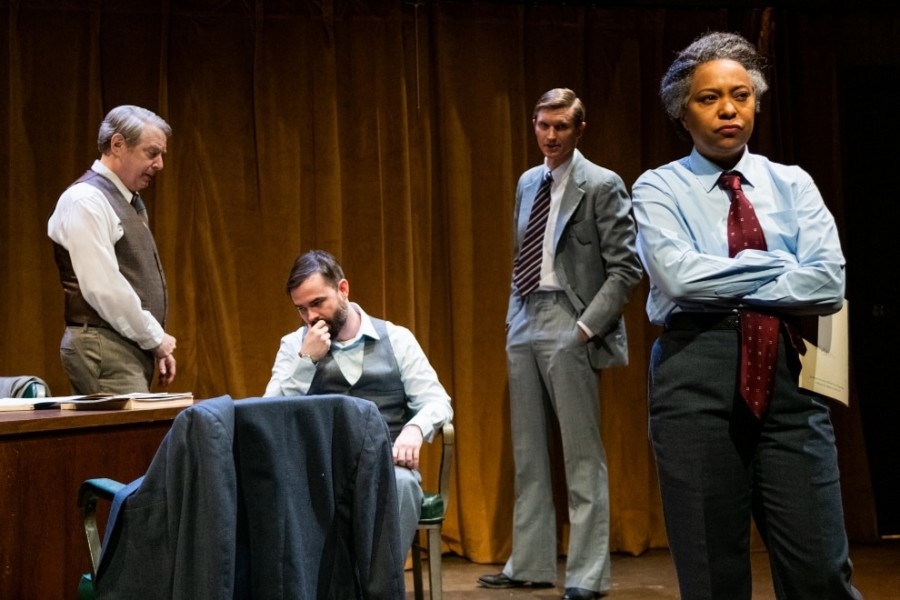 CONFIDENCE (and The Speech) Throws Too Many Issues In the Plot

Independence Day, 1979: Lines at gas pumps stretch for blocks. President Jimmy Carter was scheduled to address the nation, canceled last minute, disappears from the public eye and after 10 days, he reemerges with a speech that addressed the energy crisis, unemployment, inflation and our value system. Jimmy Carter was convinced that Americans had to face up to the energy crisis, but they only could do this if they faced up to the crisis in their own lives.

Susan Lambert Hatem’s CONFIDENCE (and The Speech), is not a play but a timely, relevant, call to action. This fictional play-within-a-play throws in the whole nine yards and it becomes about too many issues.

We meet Cynthia Cooper (April Armstrong), a college history professor who was indirectly involved in the speech and Jonathan (Zach Fifer) has questions. Forty years ago, Cynthia served as an intern at the White House and was a feminist who was actively involved in the Equal Rights Amendment. She will only recount her past, if Jonathan becomes her and she becomes Carter.

Right then and there the play lost me. How would Jonathan have ever know what Cynthia went through and how would an intern know what was going on in President or his staff’s mind? Then to make things just to graphic, Jonathan as Cynthia gets her period. And the reason for this is why? How did this add to the plot?

Back and forth between the present and 1979, the actors break the fourth wall, to dress and talk to the audience as if we are part of the cast.

Hannah Ryan’s direction doesn’t help this over written, convoluted, piece of fantasy, that could have really enlightened the audience and drawn them in. Instead she throws every issue in and misses her points about climate change and the environment. Even in the end Cynthia is offered a job by the President and she never even won.

The program Take Action Today with “Let your voice be heard” has ways to get involved, but instead of choosing one issue there are 6. Rather overwhelming.

Anything Can Happen in the Theater: The Musical World of Maury Yeston Begins Tonight at The York Theatre
BAM’s The End of Eddy and St. Ann’s History of Violence Collide and Enliven