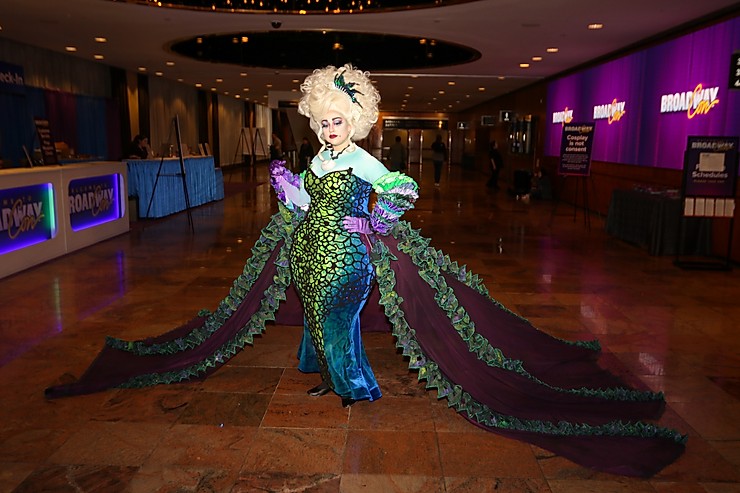 From a background that includes over a decade of freelance news photogrpaher covering any nature of public events I have developed a style of looking for candid photos. My first photo editor and mentor, Demetrius Balevski, always stressed the best photos are captured when the subject is unaware that they are being photographed. Makes sence. As soon as you say “act natural” it’s a wrap. At events such as Broadway Con and similar Comic Con where particpants dress as favorite characters and in some cases role play and act as the characters, many fantastic candid shots present themselves for capture. Frustrating, as the house rules or ediquite is Cosplay is Not Conest. The meaning, just because someone enjoys dressing up and playing a charater at a private event, yes, technically even a large event such as Broadway Con is still considered a priviate event, does not mean that they approve of having their photo taken. Nor does it imply that they automatically wish to interact with other characters, even if those characters have similar themes. You can see how this might affect my candid photos. Never one to give up….

I started working within these tight constraints still struggling to capture the true, un-posed raw emotions. I explained my perdiciment and politlely requested permision to photograph certain characters that caught my attention. This Little Mirmaid charachter, fantastic outfit, agreed to allow me to take some shots. I menetioned that I might shoot her, with permision, throughout the remainder of the day. This did enable me to catch a few candids with approval. And eh the posed ones turned out very well if I do say so myself.

For some, costumes are a family affair. Parents helping children. Spouces helping spouces. Friends helping friends. Some of the customes require help and adjustments from a another person. Always good to have someone to help and check the look. One young cosplayer, 9 year old Ellie, in the Girl Scout costume, seen below with her mother, both of Fairmount, NY visit Broadway three times a year to see a show. According to Ellie’s father Brian she is already an actress involved in youth theater in thier hometown.

Many of those in costume were invited to strut there look across the main stage and the 10 best were selected by a board of judges and took place in a contest. I was informed that I could photograph anyone walking across the stage. Enjoy some of those photos below.

One thing I did learn / observe regarding custome characters, as I was not sure why people would dress up to attend an event prior to asking, interviewing and observing; There seems to be the comon denominator of escaping the everyday and allowing themselfs to be whomever they want for the day. Another observation; All in costume seemed to revel in the frredom of expressing their desired self at least for the day. Take a look at all the bright smiles.