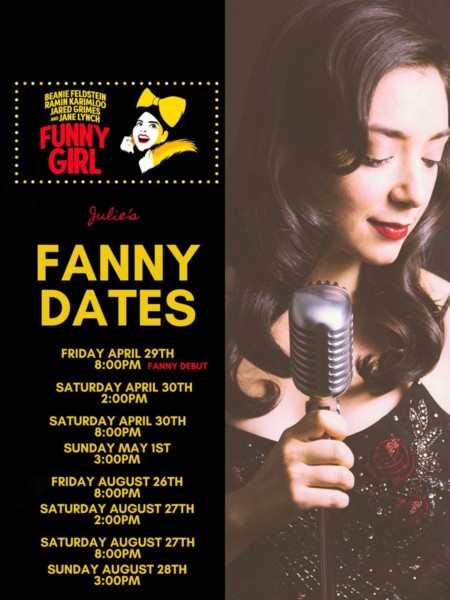 As everyone knows Beanie Feldstein is out of Funny Girl this weekend for a friend’s wedding. She’s scheduled to return on Tuesday. To make matter’s worse Ramin Karimloo, who plays Nicky Arnstein is out for 10 days, so he’s not in the show until May 8th. He tested positive for COVID right after opening night.

Now, don’t be sad because the rumor is Julie Benko, Feldstein’s standby, is FABULOUS. To quote “She’s No Longer A Gypsy” from Applause “She got up early and pulled a Shirley MacLaine.” 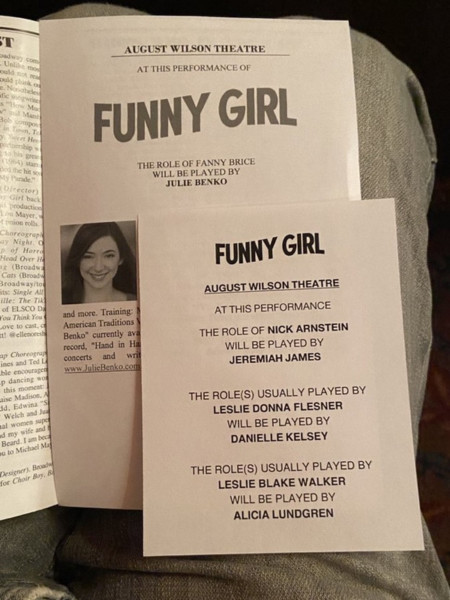 Here are quotes from the chat rooms: 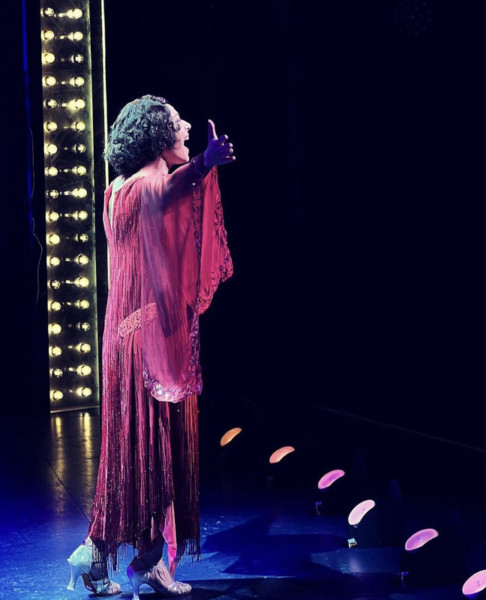 A star is born! She’s like buttah! Truly, incredible performance so far.

Intermission and she is INCREDIBLE! It’s like a whole new show! Broadway has finally found its Fanny Brice!

With Julie, you get a real “Fanny”. She nails the book scenes, she completely nails the score and she just has that “it” thing that really brings the character to life. At times she even looks like the real Brice. She had tears in her eyes while singing “People” and then again singing “Music That Makes Me Dance” – you could see an actress whose dream was coming true.

She was a revelation. By the end of Act I she had the audience delighted with her strong bell-tone voice and charming characterization. It was incredible to watch her build on that during Act II. The last twenty minutes she expertly went from anxious to relieved to devastated to resiliently hopeful. It was amazing to watch the multiple emotions flash subtly over her face. By the end of the show she had tears streaming.

It’s been awhile since I’ve seen such a strong, detailed performance. She really is terrific.

The overall production last night was fantastic. It’s amazing what a different Fanny can do for that show. It was exhilarating. Julie was a damn star. Watching her do “Greatest Star” was like watching someone finally have their moment they’ve been waiting for their whole life. She was on fire. She was absolutely hilarious. I felt like she did her research and found ways of paying homage to the real Fanny Brice’s comedy styles, especially with facial expressions. And she did this without copying Barbra or Beanie. I was blown away. She truly had the comedy down throughout the whole show and she is such a master of her voice. She was touching so many different tones and colors of her voice that let her wow us in her ballads but also entertain us in the comedic songs.

Then there is Julie. This luminous, brilliant woman became a star last night. She was funny, charming, sharp and that voice? That is how the score is supposed to sound. Highlights for me (no surprise) were “People” and “Don’t Rain on my Parade”. I saw her become a DIVA as the show progresses and it was compeletely believable, authentic and thrilling. The audience just loved her and I think saw what I was seeing. How lucky were we all to witness this.

I was cancelled out of reviewing, until after May 8th, due to Ramin, getting sick, but it seems to me a star is being birthed and hopefully one of my reviewers can get to the show tomorrow. Sadly I am booked for another show or I would be there, as I love witnessing greatness.

Suzanna BowlingSeptember 23, 2022
Read More
Scroll for more
Tap
A Very Long But Creative Revival of The Skin of Our Teeth at Lincoln Center
Jason Robert Brown Not Invisible