Could The Pierre Be The New Cabaret “In” Place?

Could The Pierre Be The New Cabaret “In” Place? 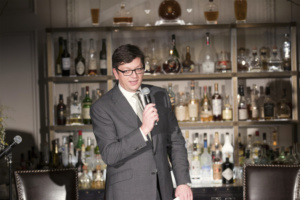 The Pierre is bringing the best of musical theater to guests and local residents alike with its new cabaret series, Broadway At The Pierre. “The Pierre has a rich history of providing premiere entertainment, dating back to the 1940s and 50s when both our Cotillion Room and what was then Café Pierre offered live music,” said General Manager Francois-Olivier Luiggi. “The Cotillion Room also featured performances from popular musicals and we are thrilled to bring Broadway back to our hotel with this exciting program.” 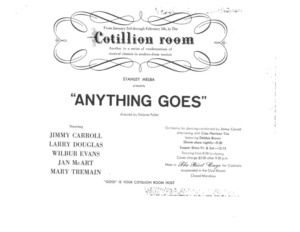 Anything Goes playbill from The Pierre 1946

Broadway At The Pierre launched in October with a sold-out concert of Wicked‘s alumni Hayley Podschun and Jennifer DiNoia in The Pierre’s Two E Bar & Lounge . Wicked just celebrated its 14th anniversary and is now the 8th longest-running musical in Broadway history. 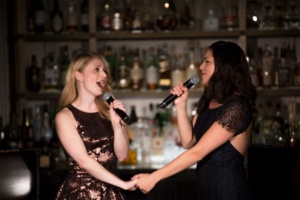 Dress in a form fitting copper gown Hayley Podschun glowed, as she and cast-mate Jennifer DiNoia opened with “Together, Wherever We Go,” from Gypsy. 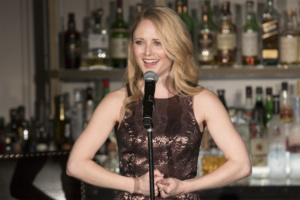 Showing off her soprano side Hayley went right into “I Have Confidence,” from The Sound of Music. 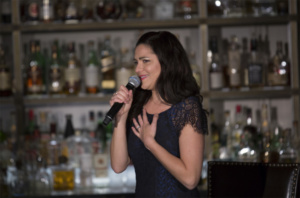 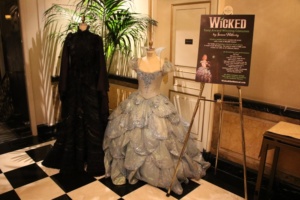 For Wicked fans, “Popular” showed just why these two were so admired in the roles of Glinda and Elphaba 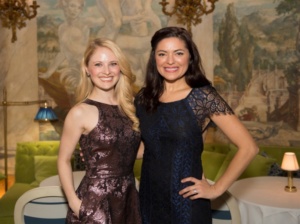 Showing off their pop sides Jennifer took on Whitney Houston’s “How Will I Know,” as Haley channelled Britney Spears in a medley of “Hit Me Baby One More Time,” “Oops I Did It Again,” “Lucky,” and the  “Pepsi Theme.” Haley proved she is truly multi-talented and hilariously funny. 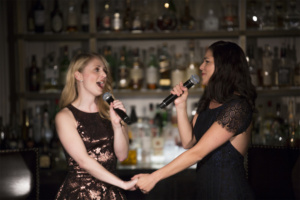 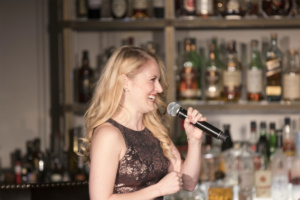 Haley was back with a flash from her past singing “Good Morning Baltimore,” the song she didn’t get to sing in the Broadway and film of Hairspray. 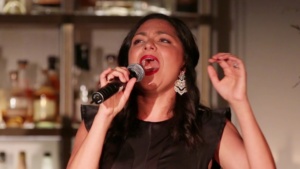 Jennifer showed her chops in a fabulous rendition of “Defying Gravity.”

My favorite song from Wicked, “For Good” soared, as the duo finished with the Judy Garland and Barbra Streisand “Get Happy”. Altogether this show was about a friendship forged on the road, lasting and spreading it’s joy to the room. 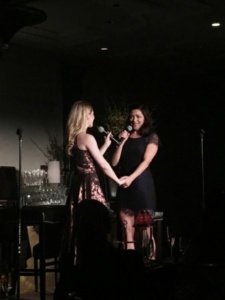 This night proved to be a intimate evening of song and talent, mixed with some incredible food and drink. (See our Countdown to Christmas for more.) 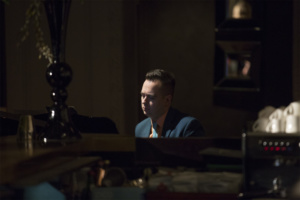 The fabulous musical director Benjamin Rauhala added to this night. I have the greatest respect for him as he always makes the evening flow and come together. 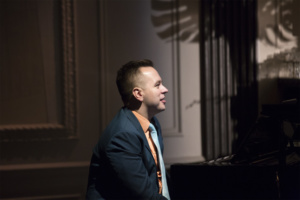 Both the Two E Bar & Lounge and The Pierre’s in-house restaurant, Perrine, served up themed culinary treats to accompany the show.

The series continues next month with a performance from Kinky Boots. On Monday December 11th, cast members Kevin Smith Kirkwood & Natalie Joy Johnson will take to the Two E Stage. Now in its fifth smash year on Broadway, Kinky Boots has won every major Best Musical award, including the Tony(R), the Grammy(R) and London’s Olivier(R) Award. Two E will offer food and beverages inspired by the hit show. On January 24th, The Pierre welcomes cast members from the eagerly-anticipated new revival of Once On This Island.

Broadway At The Pierre is a recurring monthly series. Performances begin at 8:30pm and doors open at 8pm. $75 food & beverage minimum and advance reservations required. To reserve a table, please call 212-940-8113 or email TwoE@tajhotels.com (*online bookings not available for performances*). Guests are encouraged to share their experience on social media using hashtag #BroadwayAtThePierre.

Originally the Gentlemen’s Library when The Pierre opened in 1930, Two E Bar & Lounge has become one of the hotel’s most beloved venues. Its coveted traditional Afternoon Tea menu is created by a full in-house pastry team. At night, Two E transforms into a stylish bar that serves up handcrafted cocktails complemented by small plates, with live jazz on Thursday, Friday and Saturday evenings. A Neo-Classical lounge, Two E was designed to reflect a chic Upper East Side residence. www.thepierreny.com/dining/twoebar/