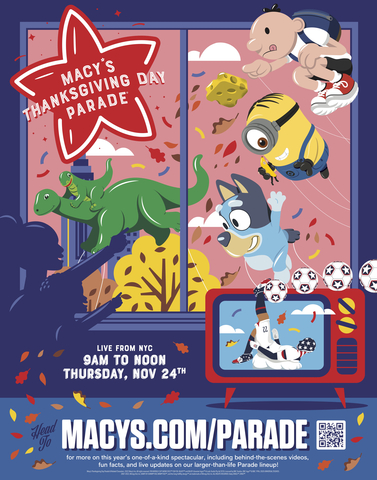 In 16 days we gather, we gorge, we are entertained by parades and football.

This year there are 28 floats in the Macy’s Thanksgiving Day Parade, five of them are new. The five new floats  that will their debut are Baby Shark by Pinkfong and Nickelodeon, Geoffrey’s Dazzling Dance Party by Toys”R”Us, People of First Light by Macy’s, Supersized Slumber by Netflix and The Wondership by Wonder. 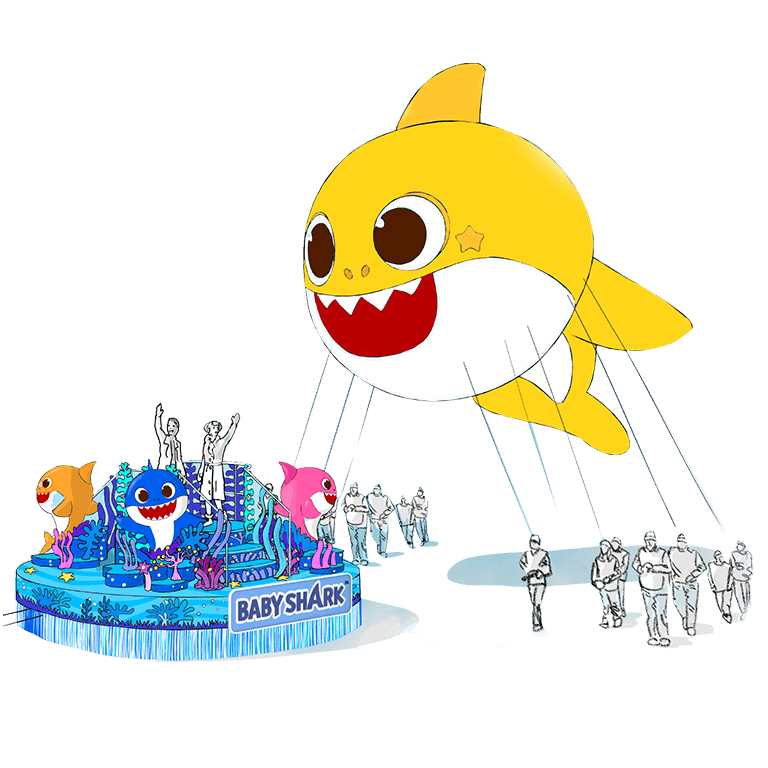 Baby Shark by Pinkfong and Nickelodeon is a  18-foot-long float will feature Ziggy Marley and an underwater seascape that includes members of the Shark family, as well as starfish and various species of anemone. Following behind the float on Parade day will be a larger-than-life 25-foot-long Baby Shark balloon that will soar down the streets of New York City with approximately 100-lbs of upward lift.

Baby Shark is the newest addition to Nickelodeon’s roster of iconic franchises featured in the annual extravaganza, including the return of the Blues ClueAs & You! float and SpongeBob SquarePants, PAW Patrol (produced by Spin Master Entertainment) and The Smurfs balloons. 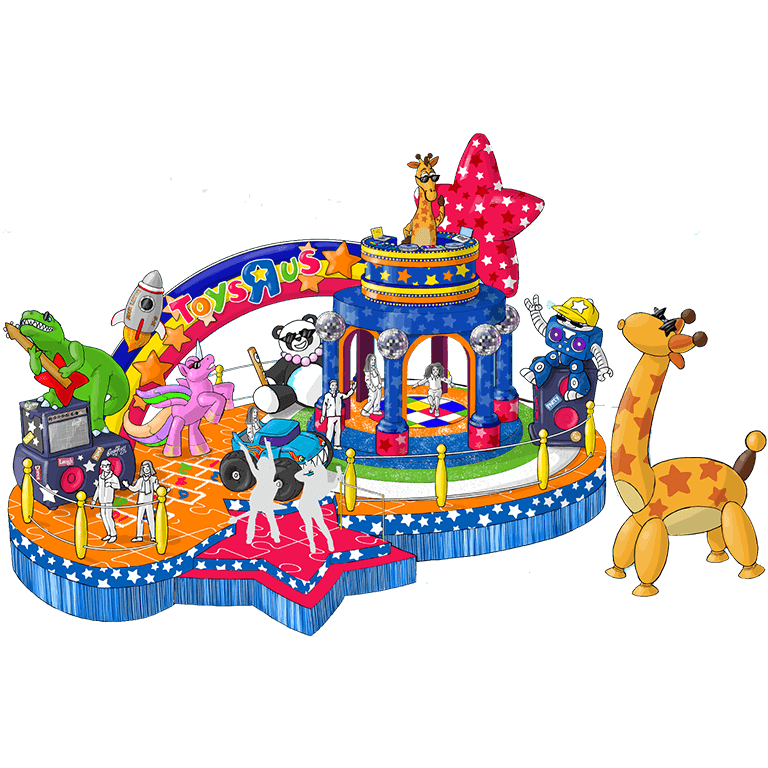 Geoffrey’s Dazzling Dance Party will feature Jordin Sparks and a host of toys dancing the night away, including a T-Rex, a panda, a unicorn and a toy boombox all sporting cool sunglasses, with Geoffrey the Giraffe himself as the DJ at the top of the float. 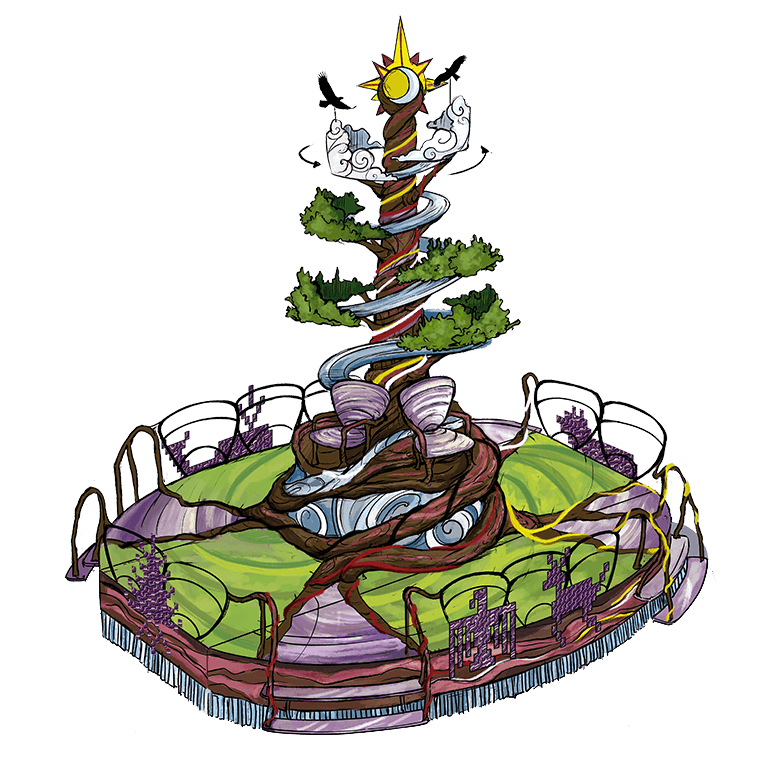 A new float called the People of First Light will make its debut acknowledging traditional rattle song and a blessing honoring people of Native American tribes historically based in the Northeast. “Creator and Ancestors, we honor you for all things. We honor the Lenape people of Manahatta. We honor all our relations because, long ago, we were here. Now we are here and we will always be here. And so it is.”

The Mashpee Wampanoag Tribe, also known as the People of the First Light, has inhabited present-day Massachusetts and eastern Rhode Island for more than 12,000 years. 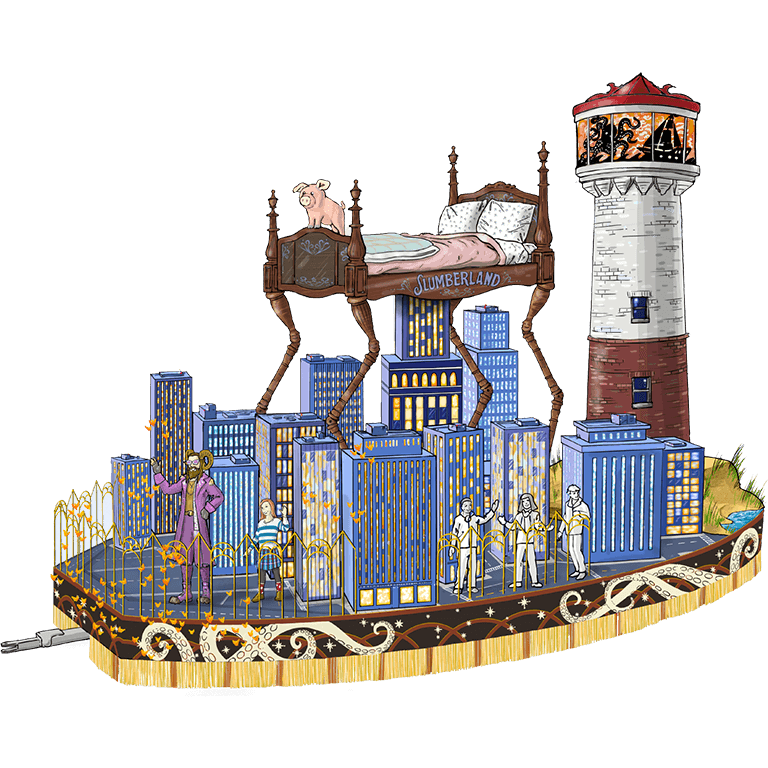 Supersized Slumber by Netflix will feature Ballet Hispánico. It’s a bird, it’s a plane … it’s a giant walking bed, coming to life from Netflix’s new adventure film “Slumberland.” This new float teases many fantastical elements of hero Nemo’s dream-fueled adventures, including a bed that comes alive and towers over the city, and appearances from an outlaw — the legendary Flip — and her good friend, Pig.

Fun fact: The supersized bed can quickly strut through the city with a stride length of 35 feet. 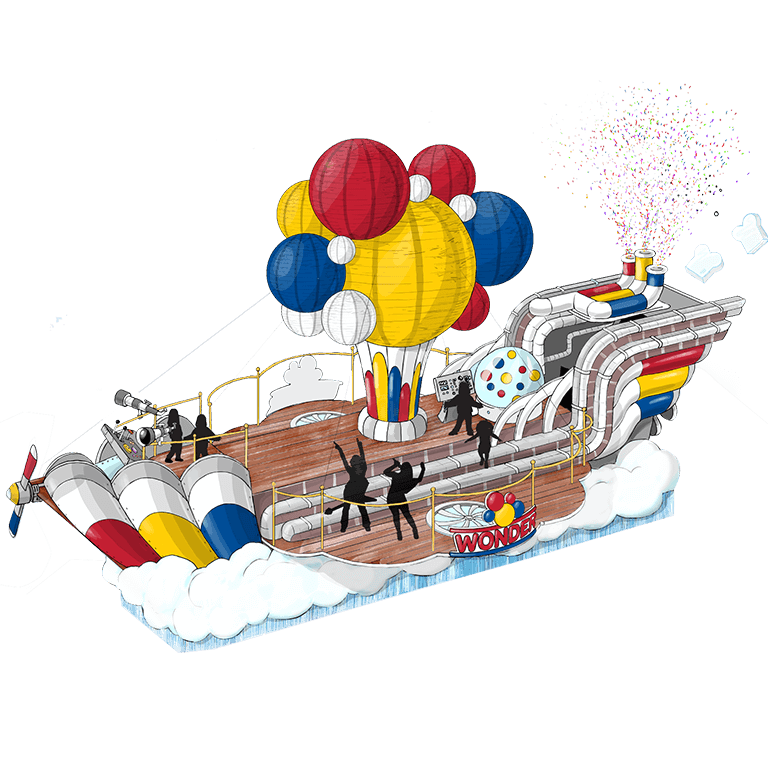 The Wondership: Just like Wonder bread, the Wondership is lighter than air, Macy’s says, and will float into the Big Apple for the very first time featuring the brand’s iconic red, yellow and blue balloons and powered by confetti. The Wondership aims to fuel adventure and joy, inspiring everyone to keep looking up, because “you never know what wonders you might see.”

Fun fact: As The Wondership heads down the parade route, more than 900 “foam” slices of Wonder bread will rise into the sky for parade-goes to see along the way.

The Macy’s Thanksgiving Day Parade will air nationwide on NBC and stream on Peacock, on Thursday, Nov. 24, 2022, from 9 a.m.-Noon, in all time zones.

Some of the returning floats this year include “Birds of a Feather Stream Together” by Peacock, “1-2-3 Sesame Street” by Sesame Workshop — and of course, Santa’s Sleigh! (Did you know that Santa’s Sleigh is the largest float in the parade? It stands 3.5 stories tall and 60 feet long!)