Countdown To BroadwayCon: The Student Winners 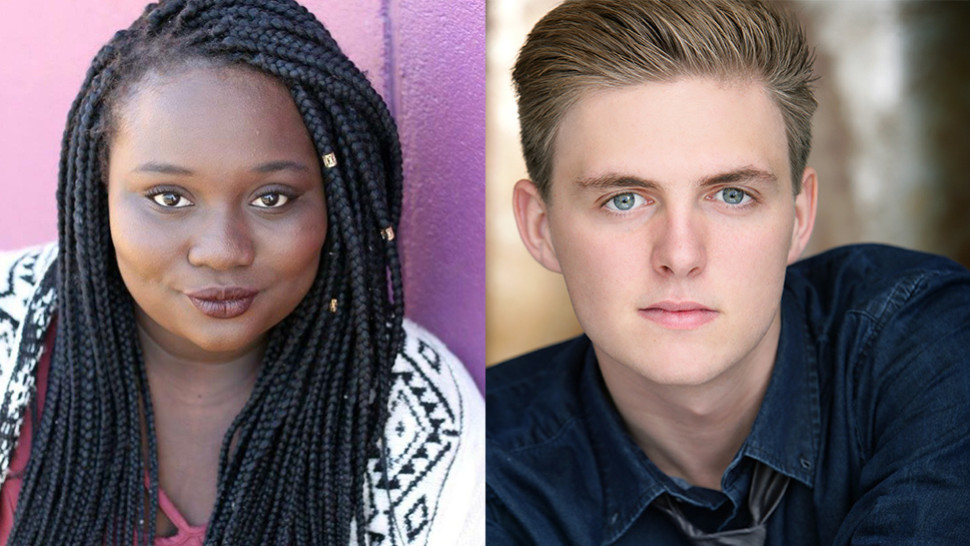 Countdown To BroadwayCon: The Student Winners

BroadwayCon® and the National High School Musical Theatre Awards presented by the Broadway League Foundation are pleased to announce that two recent Jimmy Award® winners will perform at BroadwayCon. Amina Faye (2016 Best Performance by an Actress) and Anthony Skillman (2015 Best Performance by an Actor) will take the stage during the BroadwayCon Star To Be competition while the judges deliberate on Saturday, January 28.

Amina Faye is a freshman at Penn State University and is majoring in Musical Theater. She won the 2016 Jimmy Award for Best Performance by an Actress.  She would like to thank her parents and siblings for their endless support and love. Amina would also like to thank The Broadway League for this incredible opportunity.

Anthony Skillman is currently a sophomore in the Texas State University BFA Musical Theater Program and is absolutely thrilled to be a part of BroadwayCon 2017! Receipt: 2015 Jimmy Award for Best Performance by an Actor.  National Tour: Les Miserables(Gavroche). Regional: Oliver (Oliver, FCLO), Great Expectations: a New Musical (Young Pip/Ensable, Utah Shakespeare Festival/Odyssey Theater LA). A Christmas Carol at the Kodak Theater (Peter). Voiceover/TV: The Land Before Time (Littlefoot). The New Partridge Family VH1 (Chris Partridge). Family Guy (Voiceover).  Other favorite credits include Tarzan in Tarzan, Jack in Into the Woods, and Ren in Footloose. Above all else, he would like to thank his incredible teachers, family and friends for their continued support and guidance.

The National High School Musical Theatre Awards (NHSMTA), presented by the Broadway League Foundation, impacts more than 50,000 students who participate in high school musical theatre competitions sponsored by presenters of Touring Broadway productions throughout the United States. A Best Actress and Best Actor winner from each of these competitions is sent to New York for a week-long theatre intensive of coaching and rehearsals with industry professionals in preparation for a one-night-only showcase on Broadway, where a panel of judges crowns the nation’s top performers. Also known as The Jimmy Awards, named for Broadway impresario James M. Nederlander, the program has been the catalyst for more than $1,000,000 in educational scholarships. In 2012, the program inspired preeminent broadcaster WGBH Boston to produce a 3-part documentary series called “Broadway or Bust,” which follows students on a journey from their hometown competitions to their debut on a Broadway stage. The series remains popular viewing at www.pbs.org. The eighth annual National High School Musical Theatre Awards took place on Monday, June 27, 2016 at the Minskoff Theatre on Broadway. Coaching and rehearsals for this one-of-a-kind event were held on Sunday, June 19, 2016 through Monday, June 27, 2016 in New York City. For more information, please visit www.NHSMTA.com.