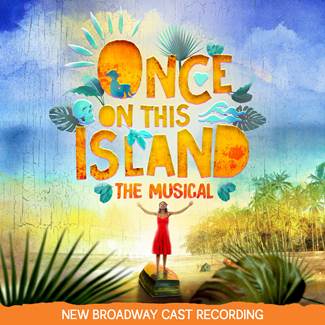 Countdown To Christmas: A Broadway Christmas

Countdown To Christmas: A Broadway Christmas

Dear Evan Hansen  in conjunction with Atlantic Records, Grand Central Publishing and Melcher Media, released a limited-edition 12” vinyl picture disc (and accompanying digital track) and an all-access behind-the-scenes look at the Tony Award Winning Musical, Dear Evan Hansen: through the window. This two-sided vinyl 12” will include one of the show’s most popular songs, “Waving Through a Window,” paired with a previously unreleased, never-before-heard track “In the Bedroom Down the Hall” by Academy Award and Tony Award-winners Benj Pasek and Justin Paul and performed by Tony Award-winner Rachel Bay Jones and Tony Award nominee Jennifer Laura Thompson. “In the Bedroom Down the Hall” will also be released digitally and will be available for streaming and download at all DSPs.

A special edition coffee table book from Pasek, Paul, and Steven Levenson, Dear Evan Hansen: through the window ($23.99)offers an in-depth, all-access look at the musical, including never-before-seen production photos and cast portraits, behind-the-scenes stories, and a fully annotated script by the authors.

Hamlisch Uncovered ($15.95) is at www.BroadwayRecords.com.

When Marvin Hamlisch passed away in 2012, he left behind a number of scores that didn’t go into the recording studio. With Hamlisch Uncovered, producers Michael Lavine, Chip M. Fabrizi and frequent Hamlisch collaborator Craig Carnelia unleash a treasure trove of unrecorded songs, including songs from the original version of Smile (lyrics by Carolyn Leigh), Ballroom (lyrics by Alan & Marilyn Bergman), his final musical The Nutty Professor (lyrics by Rupert Holmes), and several songs from his scores with Craig Carnelia: Imaginary Friends, Bullets Over Broadway and Sweet Smell of Success.

“Marvin’s exuberance was a delight to be around. This collection of unknown Hamlisch songs strives to capture that exuberance while introducing you to some hidden treasures written by this boundless talent.” – Craig Carnelia

The cast recording of the recent, highly acclaimed, sold-out Broadway revival of Sunday in the Park with George (21.99), starring Jake Gyllenhaal in his Broadway debut and Tony-winning actress Annaleigh Ashford, is a CD must have. In celebration, Gyllenhaal recently surprised fans with a special video trailer featuring behind-the-scenes footage of the recording sessions, which may be viewed and shared at facebook.com/JakeGyllenhaal/. You can listen to the CD at http://smarturl.it/sundayinthepark.

Broadway Records announced that the New Broadway Cast Recording of Once On This Island will be released on CD and digitally at most major music retailers on February 23, 2018. The album is currently available for pre-order at www.BroadwayRecords.com, www.Amazon.com and at Circle in the Square Theatre.

The release of Once On This Island will mark the 100th new release by Broadway Records since the label was established in 2012. The album is produced by:  Elliot Scheiner, Lynn Ahrens, Stephen Flaherty, Hunter Arnold and Ken Davenport.