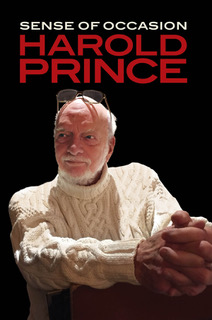 Countdown To Christmas: An Insight to Theatre Harold Prince’s Sense of Occasion

Countdown To Christmas: An Insight to Theatre Harold Prince’s Sense of Occasion 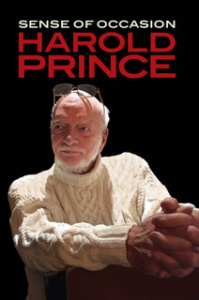 The best book on theatre this year, is Harold Prince’s new memoir, “Sense of Occasion.”Prince sums up his seven-decade career in nine words: “Putting unlikely shows on Broadway that ultimately made history.”

Without Hal Prince there wouldn’t be a West Side Story, Fiddler on the Roof, Cabaret, The Pajama Game, Damn Yankees, Evita, Kiss of The Spider Woman, Parade, Phantom of the Opera, any Stephen Sondheim show and countless others. Where Prince of Broadway, left out the magic, “Sense of Occasion,” unmasks the man who created some of the most beloved shows of all time.

Starting with his apprenticeship under George Abbott in the 1950s, we start to see Prince’s appetite for risk-taking. With The Pajama Game costing $169,000, and Damn Yankees running $162,000, Prince states; “This is somewhere in the neighborhood of the budget for shoes and wigs on a current Broadway production.” Broadway’s absurd economics had Prince giving up his dual role as producer/director. The failure of Merrily We Roll Along ended his partnership with Sondheim and for many of us the end of a era. Prince went onto success with Kiss of The Spider Woman and Phantom of the Opera.

“Sense of Occasion” is a must read book for anyone who loves theatre, wants to be a producer  or wants to know more.

I for one could not put this book down.